NASA has released an image of Mars' moon Phobos which will help scientists discover its origin. 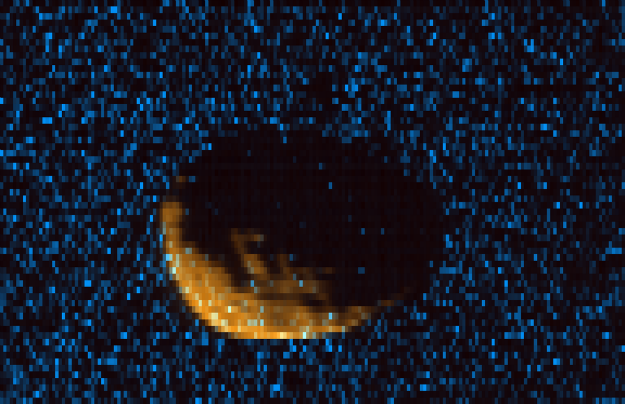 NASA has been taking tremendous strides in unraveling mysteries related to Mars, its surface, its geography and all aspects that will help humans understand the planet better. In a recent discovery, photos of Mars’ moon Phobos captured within 300 miles distance has helped scientists come closer to solving the mystery of its origin. Also Read - Lift Lockdown Gradually to Prevent 'Second Wave' of Coronavirus, Experts Warn China As Wuhan Lifts Travel Ban

MAVEN, which is managed by NASA’s Goddard Space Flight Center in Greenbelt, Maryland, stands for Mars Atmosphere and Volatile Evolution mission. In late November and early December, MAVEN got as close as 500 kms (300 miles) of the moon collecting data that included photos captured in mid and ultraviolet range. The orange light seen in the image shows mid-ultraviolet (MUV) sunlight which was reflected from the surface of Phobos, exposing its craters and irregular shape. The origin of Phobos has been unknown but with these images, scientists are confident that they can make progress in solving the mystery of the origin of Phobos and also its composition. Also Read - Do You Have Celiac Disease? You May Die Prematurely

CHECK OUT These vintage interplanetary travel posters released by NASA take you back in time!

The capture of these photos was possible because MAVEN’s orbit sometimes crosses that of Phobos. When this happened in December, it became possible for MAVEN to make some close approaches to the moon. There is an Imaging Ultraviolet Spectrograph instrument aboard the Mars Express Spacecraft which had earlier given evidence of the presence of organic molecules on the surface of Phobos. 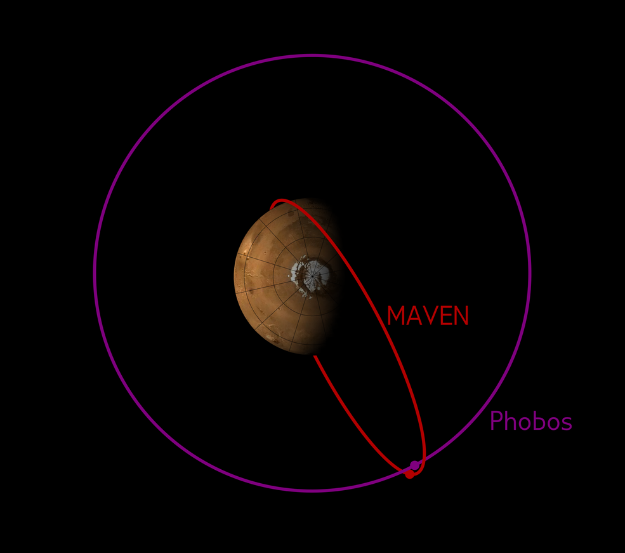 This time, it was able to capture data from a mid and ultraviolet range which could well prove revolutionary. These images can now be compared with similar data collected by asteroids and meteorites and the results can be used for analysis by planetary scientists who will be able to figure out if the moon is a captured asteroid or a body that was newly formed in orbit around Mars. Not only that, the data after analysis can help scientists explore the organic molecules on the surface of Phobos.