The inspiring story of Arunima Sinha, who didn't let an amputation come in the way of conquering mountains. 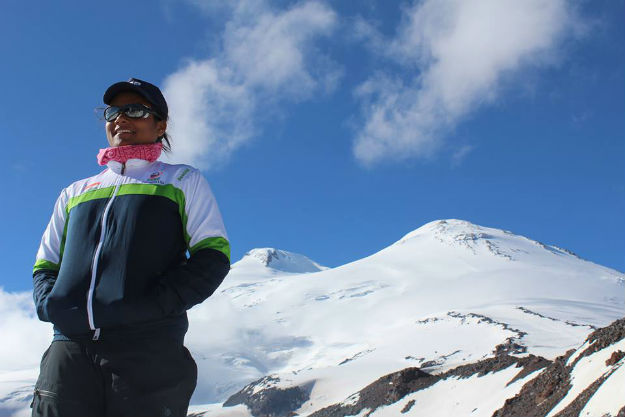 On May 21, 2013 at five minutes to 11 am, Arunima Sinha stood on top of the world’s highest peak and hoisted the Indian tricolor. With that Arunima Sinha became the first female amputee to conquer Mount Everest. The story of Arunima Sinha is one that has probably been narrated several times before but it is one that needs to be told over and over and over again. It needs to be part of school text books and college curriculum; it needs to be made into a movie and it needs to be screened in every single cinema hall in the country. Because it isn’t every day that you come across a young woman who was thrown off a train, had her leg crushed, got up and decided one fine morning: ‘Hey, let’s climb Mt Everest!’ At 24, when most of us are ‘figuring our life out’, Arunima Sinha was standing on top of Mt Everest and hoisting the tricolor. This is her story: Also Read - SNT vs BRG Dream11 Team Prediction Portuguese League 2020: Captain, Vice-captain And Football Tips For Santa Clara vs Braga Sporting Today's Match at Estadio de Sao Miguel, Ponta 11.30PM IST 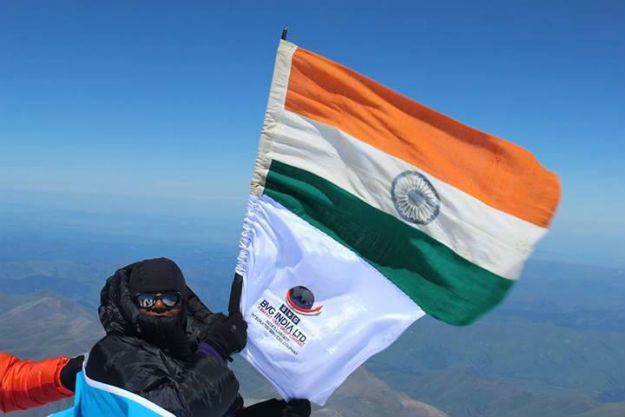 April 11, 2011 started as just another day. Arunima Sinha boarded the general compartment of the New Delhi-bound Padmavati Express at Lucknow. She was traveling to the capital to appear for an examination which would make her eligible for a job with the CISF or Central Industrial Security Force. Except that she never made it to her destination because en route she was accosted by a gang of thugs who went for her gold chain, assuming that Arunima would make for a soft target as she was traveling alone. Except, Arunima Sinha, who played football and volleyball, fought back with all the strength she had. She kicked, she punched and she resisted with all her might. Even as she was being mugged, no one in the train compartment came to her rescue. At one point, she recollected in one of her interviews, it seemed like she even had an upper hand. But young Arunima Sinha was outnumbered and soon the gang of thugs grabbed her by her limbs and flung her out of the train. 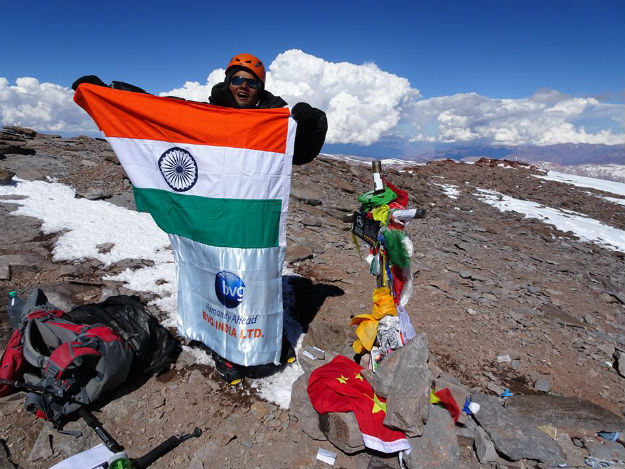 As she landed on the tracks, one of the last things she remembers is seeing another train approaching her. The train ran over her legg, crushed her and Arunima Sinha lay on the tracks bleeding. It would be hours before help finally arrived. When the matter was investigated, it was revealed that 49 trains had passed by the spot where she was lying injured! Arunima remembers screaming for help before finally passing out. “I never thought I would survive that night,” she told YourStory in an interview. 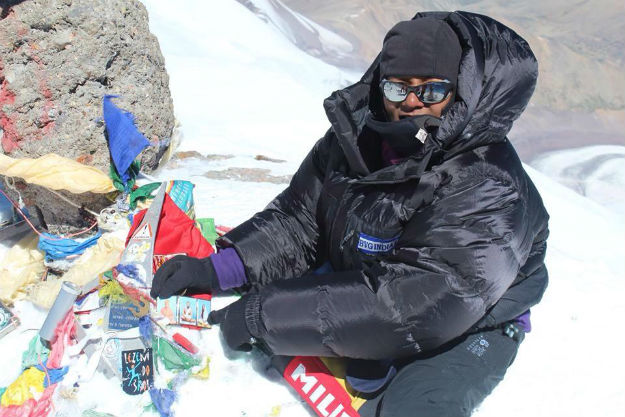 Lying in bed at AIIMS (or All India Institute of Medical Sciences), New Delhi, Arunima Sinha had two choices: she could let this incident get the better of her or she could refuse to let it define her existence. The press coverage that the incident received also meant that help came from unforeseen quarters. A private firm sponsored her prosthetic leg (which costs anywhere from Rs 5 lakh upwards) and soon Arunima Sinha was back on her feet… literally. The time she spent in hospital gave Arunima Sinha the will to carry on. There were allegations that she had tried to commit suicide, that she was traveling ticket-less and that she had jumped off the train to avoid being caught. By the time she stepped out of the hospital, she knew exactly what she had to do to prove them wrong. 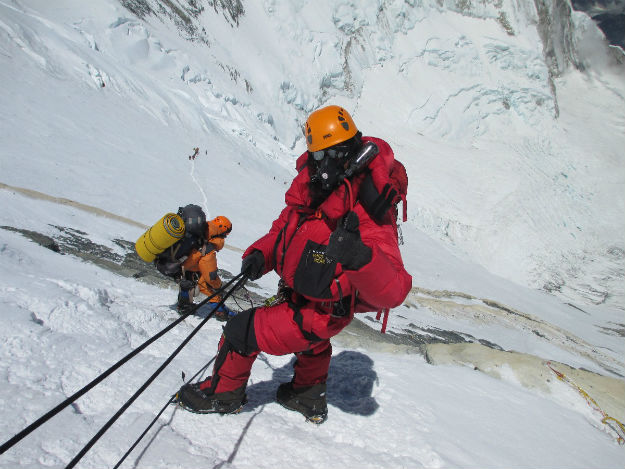 She reached out to Bachendri Pal, the first Indian woman to climb Everest following which she enrolled for a course at the Nehru Institute of Mountaineering (NIM) in Uttarkashi. A sponsorship from NIM and Tata Steel Adventure foundation followed giving wings to her dream of succeeding in this mammoth task. She trained rigorously for 18 months where she went through unbearable pain. The prosthetic limb may have put her back on her feet but climbing with it was another task altogether. Even though her right leg wasn’t amputated, it was held up by a steel rod. The task she had undertaken was unbelievably difficult raised to the power of ten. 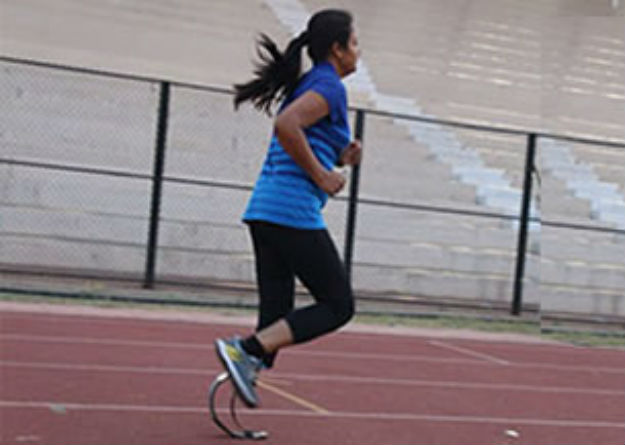 No Everest campaign can be undertaken without a sherpa, the locals who act as guides for the expedition. And Arunima’s sherpa refused to accompany her. He told her, in no uncertain terms, that she was on a suicide mission. But it wasn’t something that hadn’t occurred to Arunima and she was well aware of the consequences. So, Arunima convinced him to be by her side. 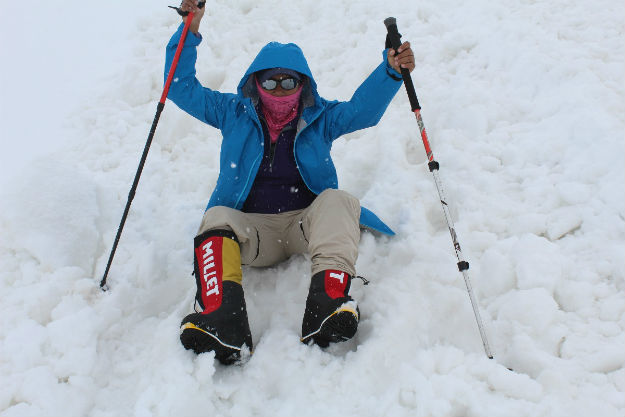 Arunima’s expedition lasted 52 days. Slowly but surely she crossed the four base camps after which she began the final ascent — the last 3500 feet, which is known as the death zone and the most difficult part of the journey. Arunima Sinha remembers seeing dead bodies scattered all around; she even recognized one as being of a Bangladeshi climber she had met not long ago. 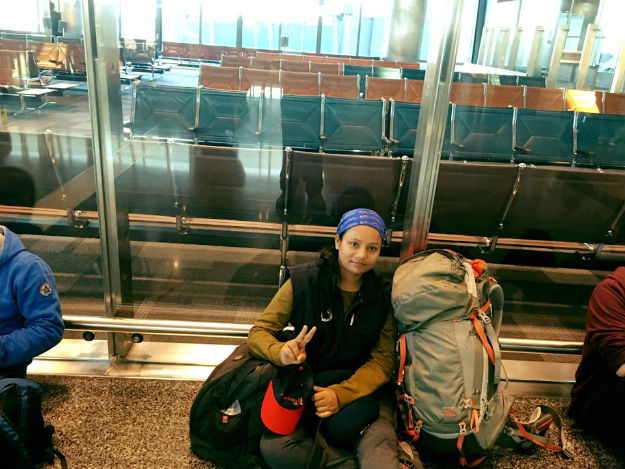 “Our bodies behave according to the way we think,” she said in an interview. “(And so) ignoring the cold fear in the pit of my stomach, I trudged on… dying was not an option.”

Arunima Sinha soldiered on and finally, on the morning of May 21, 2013 she was on the top of the world, quite literally! 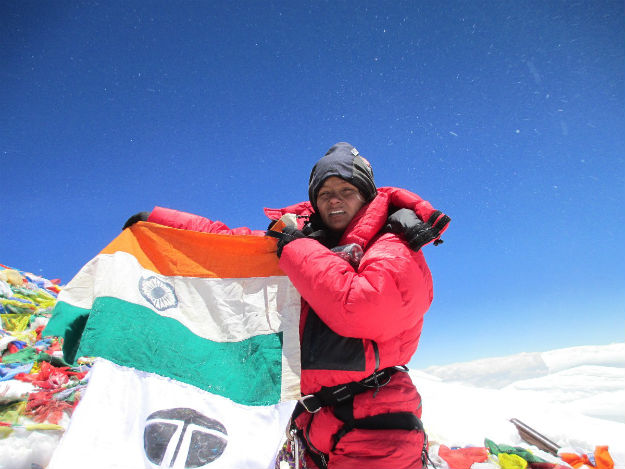 Then began the descent.

Arunima Sinha had managed to use up most of her oxygen and ran out a little after she began climbing down. She was well aware of the fact that more mountaineers die during their descent than on the way up but Arunima was content that she had done the unthinkable — she had hoisted the tricolor atop the highest peak in the world. She didn’t die, of course, because her very thoughtful sherpa latched her on to an extra oxygen cylinder. Arunima Sinha returned to the base a happy and triumphant woman.

When she returned home, honors were showered upon her. The woman who was once accused of ticketless travel, once accused of being suicidal, was now the apple of everyone’s eye. The sports minister felicitated her; the chief minister of Uttar Pradesh felicitated her… even the President of  India doffed his hat. Padma Shri, India’s fourth-highest civilian honor, was bestowed upon Arunima Sinha in 2015. 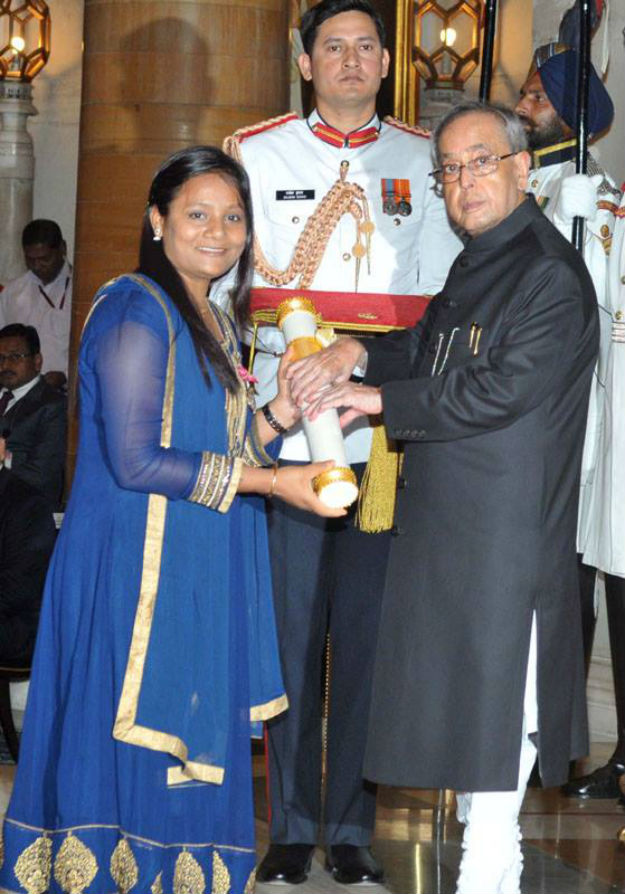 Before Everest, Arunima Sinha had earlier conquered  Mt Elburs of Russia, Mount Kilimanjaro of Tanzania (in Africa) and Aconcagua of Argentina (in South America). Her hope is to conquer Mount McKinley of United States (North America), Mount Vinson in Antarctica and Mount Kosciuszkoof in Australia, making her the first Indian amputee to have conquered the tallest summits in each of the seven continents of the world. Everest, however, will most definitely remain the brightest feather in her hat.

DO CHECK OUT This unbelievable story of an Indian couple that visited 15 countries in one year with their six-month-old baby!

Arunima Sinha isn’t, however, basking in the eternal glory of her Everest expedition — she has won several cash awards running into hundreds of thousands of rupees — and is instead using the money and her learnings to inspire others such as her to achieve the impossible.