The trek to Everest Base Camp in Nepal is an incredible adventure in itself, taking you from Kathmandu to the base of the world's tallest mountain. And Milind Soman just completed the trek. 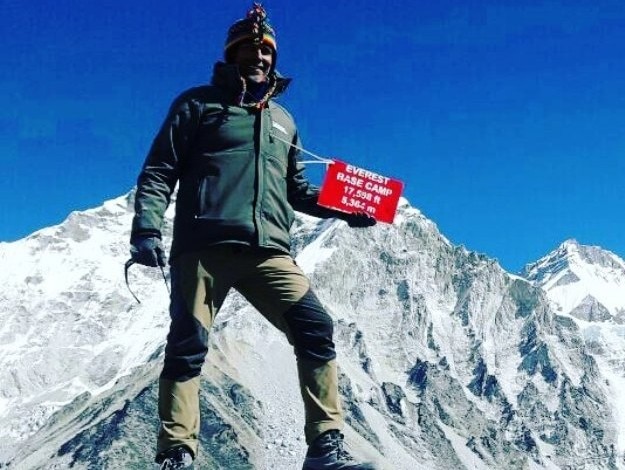 Milind Soman lands in Lukla, the starting point of the trek

He poses in front of a restaurant at Fakding town, on the second day of his trek

Milind Soman clicks a selfie at Day 6 of his trek

And that’s him at Day 7, posing at Tengboche

That’s him approaching Dingboche, at a height of 14,300 feet!

Having a refreshing drink of butter tea outside Khumbu Resort

A small pre-birthday celebration at 16,000 feet above sea level, well into his trek

And here is the man at the final point of the trek! He did it!

The whole trek, to and fro, usually takes around 14 days, taking you from the town of Lukla through the higher Himalayan mountains, following the route of the Khumbu Glacier all the way to the base. You go through small and large towns, ridges and trails. Over the years, the Everest Base Camp trek trail has become pretty organized, with food, shelter and guidance offered by locals almost throughout the way. NOW READ: 7 Himalayan Treks For The Adventure Junkie In You: The Not Too Difficult Treks

Still, the fact remains that this is one of the most grueling treks for non-professionals. And for Milind Soman to complete this trek (and look good while at it) is a testament to his willpower and should be an inspiration to anyone who believe that age is a bar to exploring and going on an adventure.