Hot photos of Miss Universe Iris Mittenaere will make you want to take a vacation. 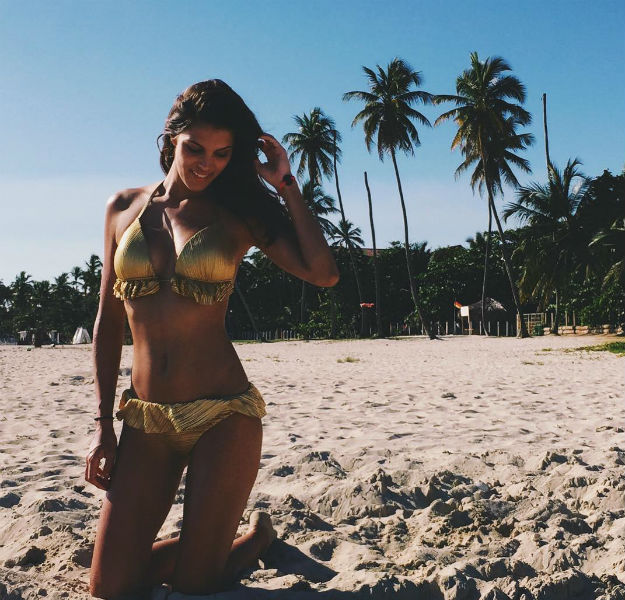 Miss France Iris Mittenaere has won the Miss Universe crown. On Sunday in a ceremony which featured musical performances from Flo Rida and Boyz II Men, Iris emerged victorious in the world’s most esteemed beauty pageant. The Real Housewives of Atlantas Cynthia Bailey, Paper magazines Mickey Boardman and producer Francine LeFrak, as well as Miss Universes 2011, 1994 and 1993 were part of the judging panel. Iris won the crown competing against 85 other international hopefuls. We took a look at Iris’ Instagram account to know a little more about her. And as one would expect, we found a number of travel pictures of Iris all across the globe. From beaches in bikinis to popular global landmarks in beautiful dresses, Iris Mittenaere has made her presence in all kind of destinations. We couldn’t help but get inspired by her journey. (ALSO SEE 12 hot Kate Upton photos show that no vacation is complete without a pool or an ocean!!) These hot photos of Miss Universe 2017 Iris Mittenaere are bound to spark your wanderlust. Also Read - Do You Have Celiac Disease? You May Die Prematurely

That’s Iris chilling at the Jumeirah beach in Dubai

#missfrance #beijing robe : @macduggalparis A photo posted by Iris Mittenaere Officiel (@irismittenaeremf) on May 25, 2016 at 5:56am PDT

At the Great Wall of China

That’s Iris looking down the famous burj Khalifa in Dubai

At the Sheikh Zayed Grand mosque in Abu Dhabi

Check out the lovely backdrop at Collioure

A photo posted by Iris Mittenaere Officiel (@irismittenaeremf) on Nov 5, 2016 at 1:19am PDT

Standing tall as the Eiffel tower

A photo posted by Iris Mittenaere Officiel (@irismittenaeremf) on Jul 5, 2016 at 7:11am PDT

And that’s how Iris waited for a flight at Doha