The Indian premier is the first to visit Israel since the birth of independent India, and he recently addressed thousands of Israelis of Indian origin at the Tel Aviv Convention Center. He plans to start direct flights between Israel and India, making it easier for travelers on either side to make the trip. 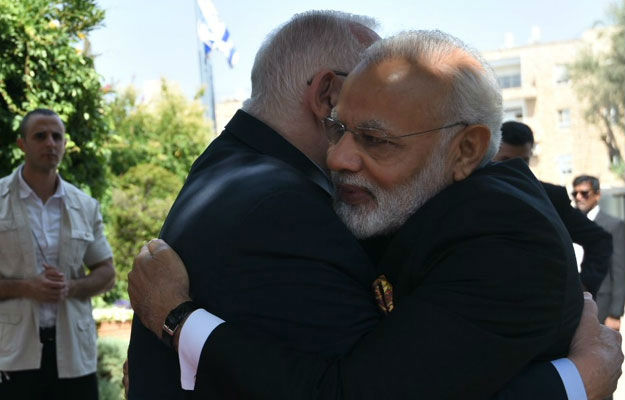 Prime Minister Modi is continuing to make waves with his visit to Israel. At the Tel Aviv Convention Center, he announced plans to start a flight service from New Delhi to Tel Aviv, bridging the two capitals of the nations. This is big news travelers on either side, because air travel between the countries has always been lacking. ALSO READ: Backpacking in India: 5 cheapest places to stay in Himachal Pradesh
Also Read - 'Extend Lockdown Period Till April 30 to Contain COVID-19,' CAIT Writes to Centre

Modi’s announcement of a flight service will also cover the Mumbai to Tel Aviv route, connecting the two major cities. The news of a convenient nonstop flight between Indian and Israel comes at the right moment. Israel has been seeing an increasing number of tourists and travelers from India. From January to March 2017 alone, the number of Indian arrivals in Israel rose 49 percent from the same time last year, according to Israel’s tourism ministry. In March, tourist numbers from India rose 93 percent. Also Read - Dream11 Team Prediction Managua vs Deportivo Ocotal Nicaragua League 2020: Captain, Vice-Captain And Football Tips For MNG vs OCO Today's Match at Estadio Nacional de Futbol 4AM IST

Israelis, meanwhile, have been traveling to India for decades now, in search of recreation and relaxation. Many choose India as their destination after completing their mandatory term in the army. In many cases, they have little money after spending years in the army, and India makes for a relatively cheap destination. Israelis have generally flocked to the beaches of Goa and the mountains of Himachal Pradesh, but they’ve found that traveling anywhere in the country is pocket-friendly. In Himachal Pradesh, Kasol and Tosh are favorite haunts for Israeli travelers.

Despite this heavy traffic of tourists and travelers on both sides, there are no direct flight services between India and Israel. Travelers from both countries have to opt for long flights with multiple stops along the way. In the past, Air India used to fly its Airbus A310 flights directly between Mumbai and Israel, but the service stopped in early 2000. Direct flights between Delhi and Israel stopped even before that, sometime in the 1990s.

Efforts have been on to solve this huge bottleneck for a long time. In fact, in May, Air India planned to inaugurate direct flights to Tel Aviv. The flights would have been scheduled three times a week. This would have helped Jewish passengers avoid stopping over at Middle eastern airports and travelers everywhere from enduring two to three stopovers. Unfortunately, the plan failed to materialize because Air India was not able to get permission from Islamic countries to fly through their airspace. This new direct service will definitely help boost tourism in both India and Israel, and has already been met with cheers in the two countries. ALSO READ: Modi Israel Visit 2017: 5 Best Beaches in Israel every Indian must visit