With the monsoon hitting many parts of the country, it is the perfect time to start planning out your monsoon getaways near Delhi. Thankfully, the capital city has plenty of places to explore nearby. Here are some of the best monsoon destinations near Delhi.

The capital city of Delhi, for all its class and culture, has a brutal summer season. The monsoon rains are offering some respite from the Delhi heat, and there is certainly a charm in watching the rains hit the city. But the monsoon is best experienced away from the hustle and bustle of the city. Delhi has plenty of places to explore in the monsoon; many of them are popular haunts, while some are a bit more offbeat and lesser known. As the rains lash the city and clean up the streets, take a break from the traffic snarls and jams and head to these monsoon destinations near Delhi. ALSO READ: 8 tempting places in Delhi to chat over chaat
Also Read - Top 5 Budget Friendly Travel Destinations in North India | Must Watch Video 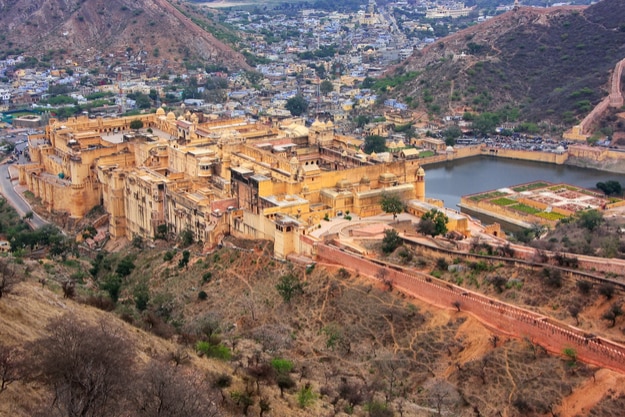 View of Amber Fort from Jaigarh Fort in Jaipur

Jaipur is getting its share of the monsoon rains, a much-needed change from the intense heat that it sees during the summer months. Visiting any part of Rajasthan in the monsoon is considered a bad idea for tourists, but that only means fewer crowds to content with. If you are up for facing the rains, Jaipur is a beautiful city with plenty of places to explore. The environment during the rains is something else; you get to take in the architectural marvels around you without too many people around you. Visit the City Palace and head to the Monsoon Palace in Udaipur to take a boat ride across the lake. Jaipur lies around 260 km or a five-six hour drive away from Delhi. Also Read - Liquor Likely to Become Costly in Delhi. Here's Why 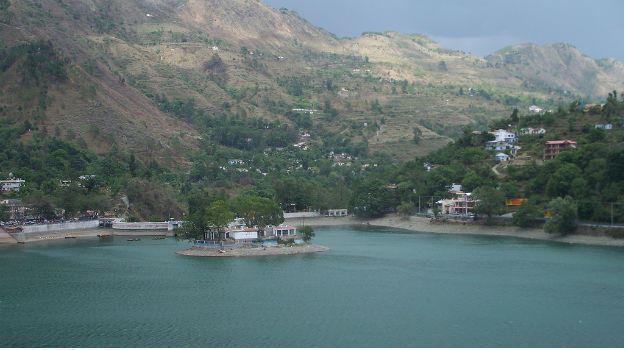 The town of Bhimtal lies around 1,300 meters above sea level and well before the more popular tourist hill stations of Mussoorie and Nainital. It is offbeat when compared to its larger counterparts, but the place still attracts a small crowd given its proximity to Delhi. The Bhimtal Lake is a major draw here; it has an island with a restaurant on it. Those who want to escape the rains will also find this place ideal; the monsoon barely hits Bhimtal, and the climate is pleasant throughout the year. Bhimtal les around 300 km and a six-hour drive from Delhi. Also Read - SpiceJet to Launch 20 New Domestic Flights, 16 to Connect Jaipur With Other Cities 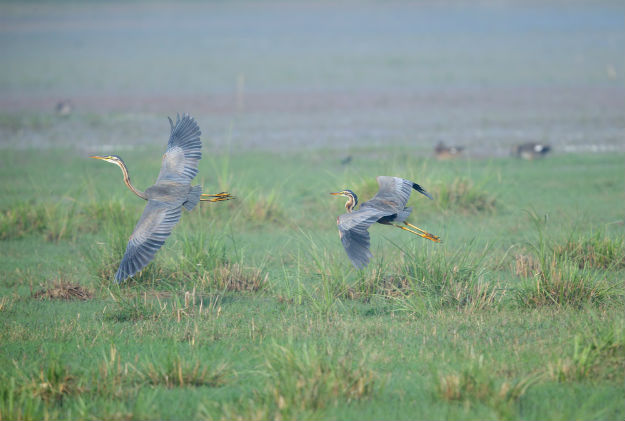 The above two destinations are well over 200 km away from the city. If you fancy a beautiful natural destination much closer to Delhi, the Sultanpur Bird Sanctuary in Haryana should serve the purpose quite well. Located in the Gurugram region, Sultanpur is a pretty popular place, especially during the monsoon when many of the birds coo and sing to prospective mates. Perfect for bird-watching, the sanctuary has around 250 different species of birds, including the white-throated kingfisher, egrets, black-headed ibis, painted storks and more. Sultanpur Bird Sanctuary lies around 43 km from the city, and you can drive to the place in an hour and a half. 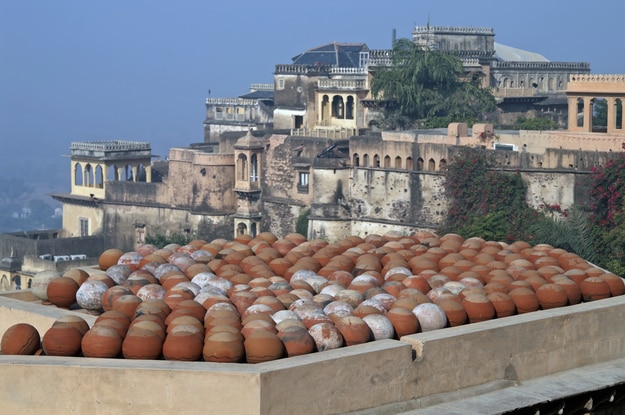 We head back to Rajasthan again, along the same road that takes you to Jaipur. But instead of going all the way, take a little detour and head to the Neemrana Fort in Alwar. The sprawling fort is a great place for a short outing with friends and family at any time of the year. With the monsoon hitting Rajasthan, Alwar and the area around the fort would have turned lush green, and that is certainly not a bad view to wake up to from a majestic hill fort. Neemrana Fort is also a swanky heritage hotel with lots of activities to offer, including zip-lining. The fort lies around 117 km from Delhi, making for a 2.5 hour drive. ALSO READ: Here are 5 things to do at Neemrana Fort near Delhi 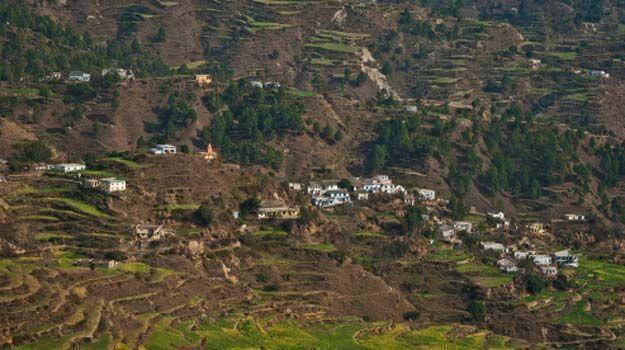 Lying in the Kumaon Himalayas, the town of Almora is not quite as dry as Bhimtal and receives a moderate amount of rainfall during the monsoon. And that makes the greenery around this hill station shine even brighter. The pine forests and mountains make for a heavenly setting, and you can spend days just sitting and watching the mountains and monsoon clouds. The Shiva temple in Binsar is also a pretty popular pilgrimage site for the spiritually inclined. There is also the Nanda Devi temple and the 800-year-old Katarmal temple. Almora lies around 350 km from New Delhi, or around 8.5 hours by road. 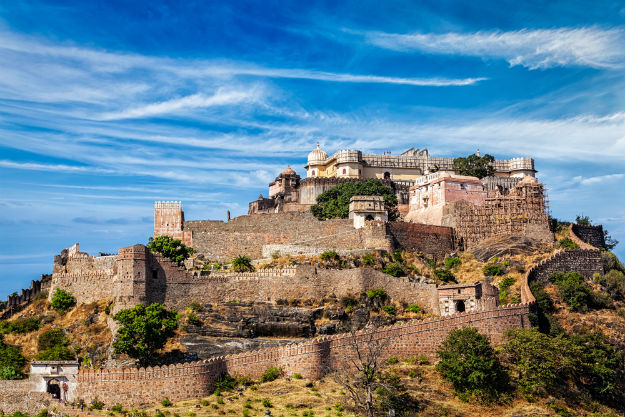 The Kumbhalgarh National Park in the Rajsamad district of Rajasthan is a sprawling protected reserve that surrounds the ancient fort from which it derives its name. Spread across nearly 600 square kilometers, this national park has an incredibly diverse ecosystem. Although the safaris are generally shut down in the monsoon, you can still do the scenic trek through the jungle to the Kumbhalgarh fort itself. The trail takes you along the edges of the forest to keep you safe, ending at the legendary fort. Explore this majestic piece of Rajasthan’s history. Kumbhalgarh lies around 600 km from New Delhi, which translates to a drive of around 10 hours. 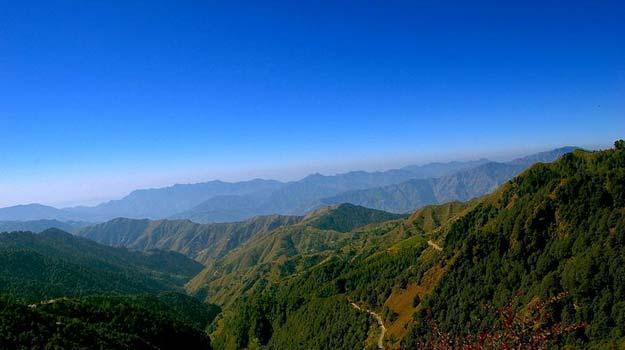 The cantonment town of Chakrata lies in Uttarakhand, well before the capital of Dehradun and between the rivers Yamuna and Tons. Located at an elevation of around 2,110 meters, this town is an ideal picnic destination, looking down into the Yamuna valley. The place has some ski slopes during the winters, and during the monsoon you can go bird-watching, explore the lush green forests, ancient temples and caves, especially Sahiya and Chakrata, and go rapeling down Tiger Falls. Chakrata also has the formidable Kharamba peak to climb. The place is located around 335 km or eight hours from New Delhi. 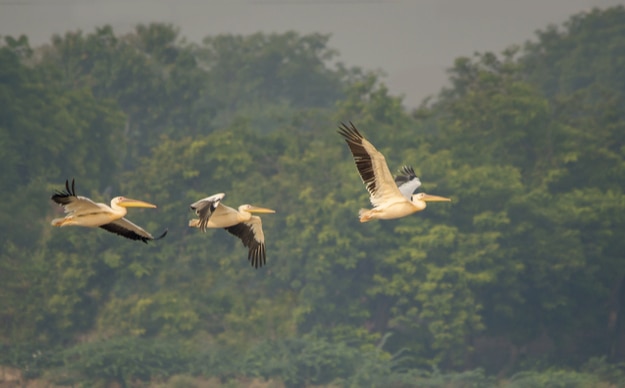 If you want someplace closer than the Sultanpur Bird Sanctuary, there is always the Okhla Bird Sanctuary in Noida, Uttar Pradesh. Lying on the Okhla barrage on the Yamuna River, this bird sanctuary is home to around 300 different bird species and is a treasure trove for bird lovers. Monsoon is arguably one of the best times to visit the sanctuary; many of the birds are most active at this time of the year. So if you want to spot some birds or just enjoy some time with them, travel down to this super accessible sanctuary just outside the city. Okhla Bird Sanctuary lies around 15 km from the city center. 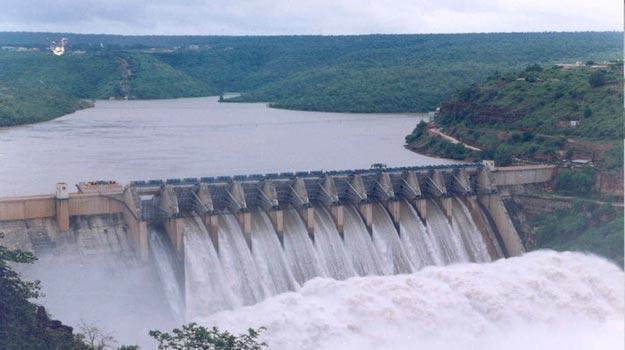 For those who want to venture north, there is Nangal Lake, also called the Nangal Wetland, nestled among the hills. The lake, formed after the construction of the famed Bhakra Nangal Dam on the Sutlej River, is now a ecological hot spot. Thousands of migratory birds come to this little oasis, and the lake reaches its highest point during the monsoon. The river also flows faster and with more aggression. Add to that the lush greenery, and you have the winning formula for an nice offbeat destination near Delhi. Nangal lies around 350 km or six hours from New Delhi. 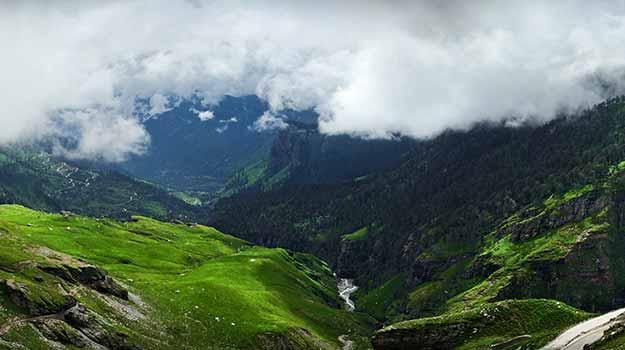 And no list of destinations near Delhi can be complete without an entry from Himachal Pradesh, the land of mountains. The town of Kasauli  lies way down south, making it much more accessible to city folk. The weather is pleasant throughout the year and the temperature is almost always cool. Rainfall is light and intermittent, just enough to add beauty to the region while letting you go out and explore. For a nice quiet getaway near Delhi, look no further. Kasauli is a little more than 300 km or six hours from the city. NOW READ: Festivals and events in India in July 2017 that you must attend