Most Haunted: Bengaluru International Airport Has a Ghost of Its Own

A woman in a white sari has been spotted a number of times, roaming around the airport at night. 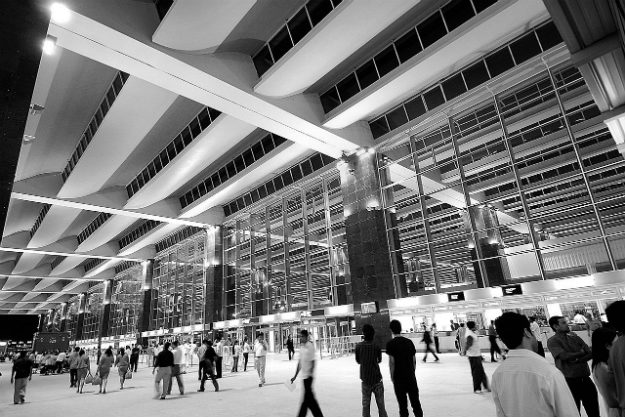 Bengaluru may be famous for its pleasant climate, IT hubs and malls but it is as infamous for its more than a few haunted spots. Interestingly, most prominent of them is not even an old, dilapidated house like you expect haunted places to be. It is, in fact, one of the busiest places in the city: the Bengaluru International Airport or Kempegowda International Airport! Also Read - These 10 Most Haunted Places in India Will Send a Chill Down Your Spine!

The airport became the talk of the town when a pilot saw a lady in a white sari on the runway and asked airport staff to help her. But when they reached there, the lady disappeared. This isn’t the only time this happened. Airport staff claimed that they saw the woman again in other parts of the airport as well, like in the cargo building, near one of the escalators and the parking bay. Spooky isn’t it? Also Read - India's Most Haunted: Tunnel No 33 or Barog Tunnel in Shimla

The story was covered by local media too when there was a frenzy among the employees about the ghost of a woman lurking in the airport premises, so much so that many refused to work the night shift out of fear for their life. Though no one was hurt, the spirit of the woman was enough to send a chill down one’s spine. Some even claimed to have seen a headless ghost. Infrared rays were used to detect if there was anything unusual in these areas and experts detected the presence of some negative energy. Also Read - Most Haunted: Top 10 Places in Kolkata That Will Scare The Living Daylights Out of You!

The Air Traffic Control denied any such incident taking place, but the pilot and the staff who were witness to the woman’s spirit can never forget what they saw. These incidents have made Bengaluru airport one of the most haunted places in India. Would you be daring enough to take a late-night flight?