Most Haunted: Top 10 Places in Kolkata That Will Scare The Living Daylights Out of You!

Would you dare set foot in these places? 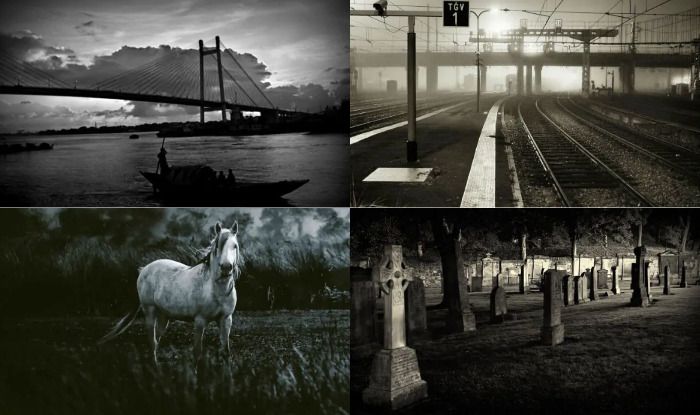 India is home to a number of haunted places, and each and every state has a ghost story of its own to tell. From a tunnel in Shimla, which is believed to be haunted by a man named Colonel Barog, to Bhangarh Fort in Rajasthan, where no one allowed to go in after sunset, and then from Mukesh Mills in Mumbai to Dow Hill in Kurseong, Darjeeling. All these places and more have a supernatural tale that will make your hair stand on end when you hear them.Also Read - Rajasthan's Most Haunted: These Photos of Bhangarh Fort Will Blow Your Mind

Kolkata, the City of Joy, also does not escape, and the following are the 10 places that are believed to be the most haunted. Also Read - India's Most Haunted: Aarey Milk Colony in Mumbai Will Give You The Creeps! 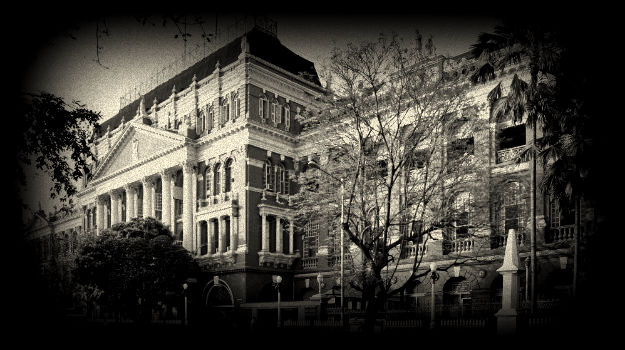 Established around the early ’70s, the building served as an office for the writers of the British East India Company. On December 8, 1930, the trio of Benoy, Badal and Dinesh headed to the building and assassinated the then inspector general of police, colonel Simpson who was known for treating Indian prisoners brutally.  It is believed that the soul of Colonel Simpson has been haunting this place ever since he was shot by the three young revolutionaries. Visitors often complain about hearing the sounds of footsteps, giggling and random outcries, it is also said that no employee or worker here takes the risk to stay past dusk. The fifth block of the building, where Simpson was shot dead, is today the least visited area in the building.

The Hastings House, located in Alipore, was built by the then Governor-General Warren Hastings for himself and today is a well-known women’s college. The students of the college have often claimed to have seen a man, believed to be Warren Hastings, riding on a horse and seemingly searching for something. It is said that Hastings towards the later years of his life, was extremely depressed and sad. Many believe that his soul never really found peace and is still in search of it. Some also claim to hear giggles of a young boy and the sound of a football late at midnight, when the college is vacant. 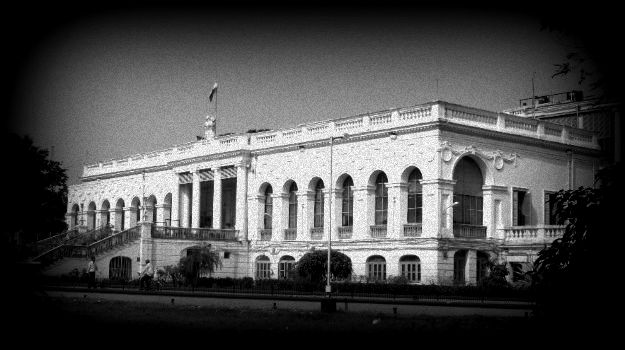 Built in 1836, The National Library at Belvedere Estate is known for two things, its rare collection of books and its not so rare incidents of paranormal activities. The guards of the premises often complain about hearing random sounds of a woman, perhaps the wife of Lord Metcalfe who was a stickler for cleanliness, howling and sometimes giggling as well. If you do not keep the book you’re reading back where you took it from, you can feel her breathing heavily down your neck. It is also said that in 2010, when the building was renovated, around 12 men died brutally on the renovation sight and the souls of those men still haunt the National Library at night. 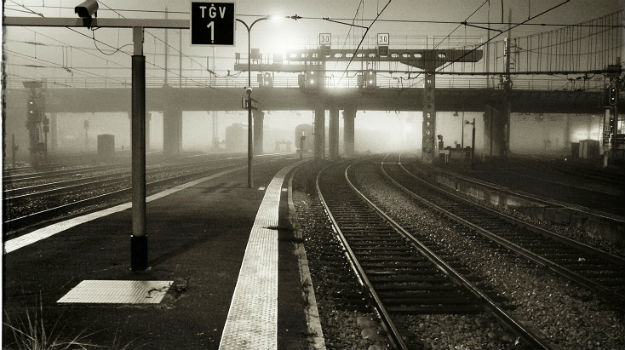 Ever tried boarding the last train at Rabindra Sarobar Station? You probably shouldn’t! According to numerous passengers, they often see shadows and hear weird noises that have no explanation. It is said that all those who committed suicide at the station or jumped off a moving train, still haunt its premises and try and show their presence. 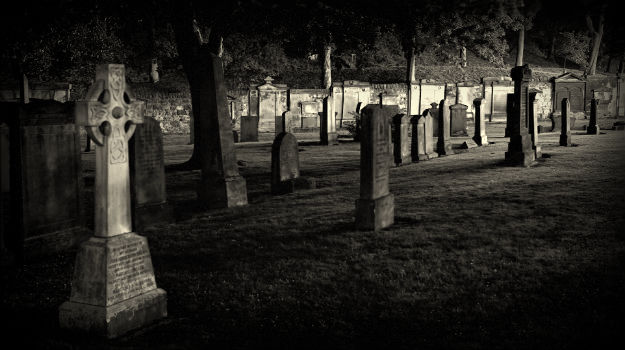 One of the most touristy spots in Kolkata, the South Park Cemetery will definitely give you chills. Most of the graves here belong to British soldiers. Despite the fact that may have felt the presence of certain forces here, the spirits haven’t seemed to harm many. Except for once, when a group of friends noticed the presence of a weird shadow in all the photographs they clicked there and the boy who clicked the photo died of an asthma attack even though he wasn’t asthmatic! 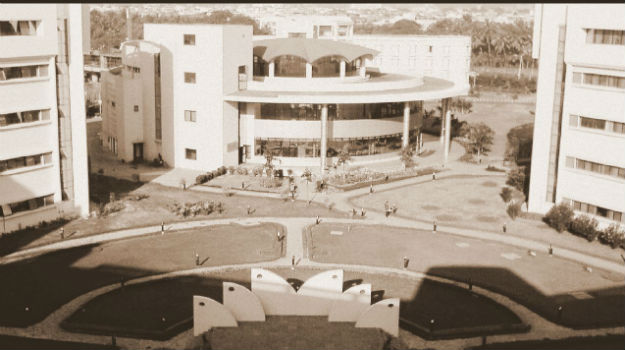 Wipro Kolkata is perhaps the only office in India that warns its employees to stay away from certain parts of the office… specifically, the third floor of tower three. According to locals, the plot where the office stands was previously a graveyard that had witnessed several rapes and murders. The employees of the company have often reported strange actives in the washrooms and doorways of the building. Perhaps the souls of the dead have more to say to us? 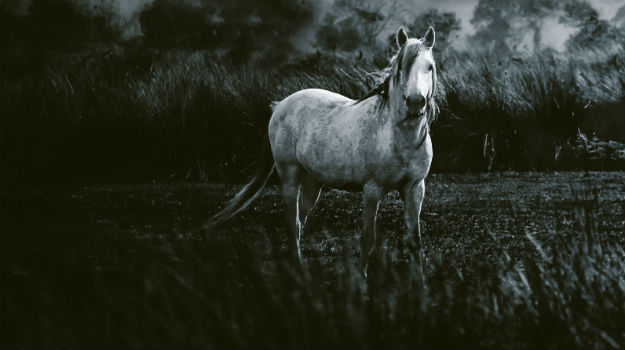 Somewhere in the mid-’30s, George Williams, a horse racing enthusiast owned five white horses of which his dearest was named Pearl. Pearl was also known as ‘the queen of the tracks’ as she won almost every race. With time, she began to age and ran her last race at the Annual Calcutta Derby where William lost a lot of money. The following morning she was found dead on the railway tracks of Calcutta with bullet injuries. According to ancient traditions, when a horse is ill or begins to age, it is killed so as to free it from suffering. But whether Pearl was shot out of concern or frustration, remains a mystery. And even today, people claim to see a white horse rushing past the tracks of the turf late at night, especially on Saturdays. Maybe the victorious ‘Shada Ghoda‘ can never really be killed or defeated.

Located by the banks of the Hooghly river, Putulbari also known as Doll House is yet another haunted place in Calcutta. The structure of the building itself spooks many of its visitors. The exterior of the building looks more like an abandoned warehouse and is today a vest knitting factory. This beautifully structured building is not just known for its vast collection of dolls but also for its paranormal activities. It is said that the souls of women who were sexually assaulted by rich babus in the days gone by still haunt the upper floors of the building. Often the sound of bangles, anklets and shrill laughter can be heard in the house.

Situated in central Kolkata, the Nimtala Crematorium is perhaps the oldest cremation ground in the city. On the nights of Kali Puja, the Aghoris visit this place and feed on the remains of those who have been cremated and are said to stimulate paranormal forces. The thought of this itself is super creepy! 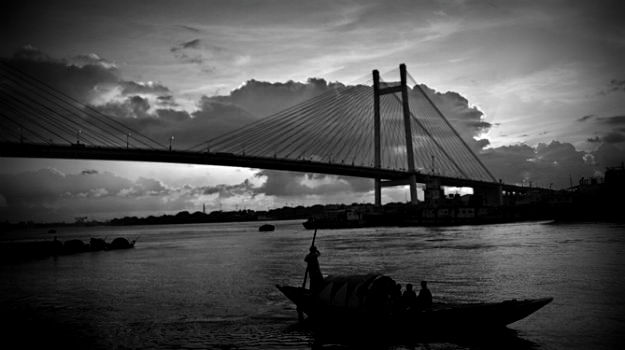 Established in 1943, the Howrah Bridge is not just an architectural beauty but also a famous haunted spot of Kolkata. Over the years, there have been numerous cases of people committing suicide by jumping off the bridge. The wrestlers who practice by the ghats of the Hooghly river at around 3 am, often claim to see hands asking for help, right above the water surface. It is said that those who have tried to help the drowning individual, have in the process ended up drowning as well. Whether the hands are those of spirits or real people, nobody knows. Some also claim to have witnessed a lady dressed in white, sobbing and calling out their names in a nasal tone. So if you find yourself by the Hooghly river and hear someone call out to you, think twice before looking back!