You can now party right at water's edge where several Bollywood movies have been shot. 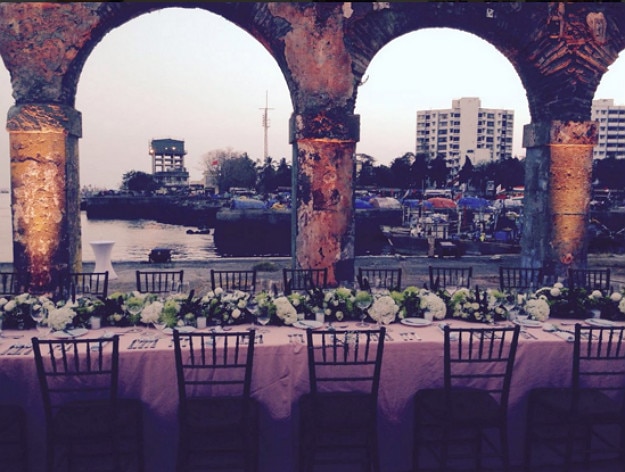 Bollywood films may have come a long way over the years but there are certain things that still haven’t changed and one of them is shoot locations. Though our films are exploring newer locations to shoot at, back home, there are a few iconic ones that continue to be in use even today. One such shoot location is Mukesh Mills. The once-thriving mill became defunct in 1982 and soon became Bollywood’s favorite spot to shoot several film climaxes, action sequences, songs, etc. Many ad films too have been shot here. From Amitabh Bachchan’s Jumma Chumma song in Hum to Varun Dhawan’s Jee Karda from Badlapur, Mukesh Mills has managed to feature in Bollywood movies both new and old. Earlier restricted to just shoots, this venue is now opening its door to the public. From music gigs, poetry sessions, wedding parties to cocktail dinners — you can host anything here now. Also Read - 'Touching Gesture'! Narayana Murthy Touches The Feet of Ratan Tata And Twitter Can't Stop Hailing The 'Historic Moment'

Only recently Chef Viraf from Cafe Zoe hosted a seven-course pop-up dinner at Mukesh Mills and there are many more to come. If you think what’s so special about an old, dilapidated mill, read this. The mill is right at water’s edge in Colaba. If you love the sea, this is one place you should definitely check out. The mills currently has two air-conditioned rooms and space for kitchen too and there are plans to further renovate the place. Also Read - JNU Violence Highlights: Student Protests Emerge Across Delhi, Mumbai, Kolkata; Film Fraternity Joins in

While Mukesh Mills may be the hot new party destination for Mumbaikars, it is also famous or should we say infamous for being haunted. Yes, several crew members have reported strange incidents taking place in the mills. Some actors have vowed not to go here while others have decided never to shoot here post sunset. Is Mukesh Mills haunted? Click to know more.  Also Read - PMC Scam: With Rs 90 Lakh Stuck in Beleaguered Bank, ex-Jet Airways Staffer Dies of Cardiac Arrest After Attending Protest

Whether this place is haunted or not, it surely is the new haunt for the swish set of the city. We can’t wait to savor some yummy treats as we gaze at the Arabian Sea right from the very edge.