Traveling in India's first bullet train will not be an expensive affair. 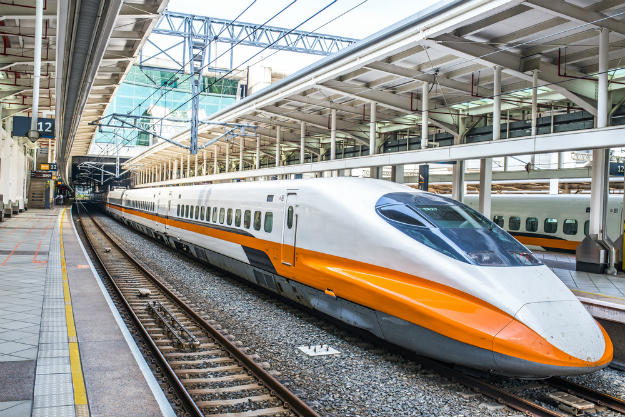 Photograph: Shutterstock (for representational purpose only)

Work on India’s first bullet train that will run between Mumbai and Ahmedabad is all set to begin. The Rs 97 crore project will be funded by Japan and Indian authorities and will be the fastest train in India. The distance between the two cities will be covered in about two hours and the bullet train will run at a speed of 350 kph. With such fast service you may expect the cost of taking this train to be high too. However, Railway Minister Suresh Prabhu confirmed that its price will cost passengers less than the airfare between the two cities. Also Read - 'Touching Gesture'! Narayana Murthy Touches The Feet of Ratan Tata And Twitter Can't Stop Hailing The 'Historic Moment'

Currently, it takes about seven hours to reach Ahmedabad from Mumbai by train. This project will not just save time but also give passengers something to look forward to on the journey. According to earlier reports, the bullet train will cover a 21 km stretch underwater from Mumbai. Now isn’t that something we all look forward to experience? The railway station for India’s first bullet train in Mumbai will be in Bandra Kurla Complex. Also Read - JNU Violence Highlights: Student Protests Emerge Across Delhi, Mumbai, Kolkata; Film Fraternity Joins in

ALSO SEE Mumbai to get its first underwater bullet train

Even though there are such big plans for the bullet train, it will be a while before we can hop on it for a ride. The project will roll out towards the end of 2018 and it will take about six years to complete it. Also Read - PMC Scam: With Rs 90 Lakh Stuck in Beleaguered Bank, ex-Jet Airways Staffer Dies of Cardiac Arrest After Attending Protest