After the Mumbai-Ahmedabad Shatabdi, the popular Mumbai-Delhi Rajdhani Express gets a makeover with coaches looking like those of an airplane. 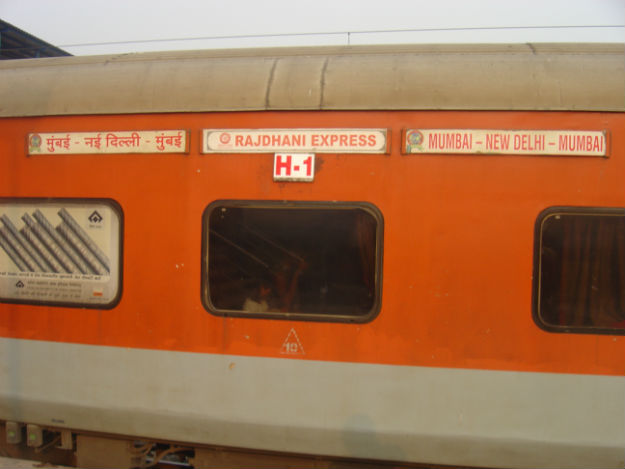 Indian Railways has been hard at work trying to reduce the number of mishaps and also make the whole travel experience a comfortable one for passengers. To that effect, the government had refurbished coaches of the Mumbai-Ahmedabad Shatabdi Express. And now, under the initiative called Project Swarn, the Western Railway has turned to the popular Mumbai-Delhi Rajdhani. It has spruced up a rake of the premier train. Western Railways proudly tweeted this a few days ago:Also Read - Attention Railway Commuters! Central Railway’s Mumbai Passenger Reservation System to Remain Shut on May 8-9

After introducing refurbished coaches in Mumbai-Ahmedabad Shatabdi Express, #WR has introduced more comfortable & elegant coaches with superior aesthetics in Mumbai-Delhi Rajdhani Express from 6th February,2018 under #ProjectSwarn . Rest of the rakes likely to be done by March,18 pic.twitter.com/psqB5CLILN

From a night lamp that makes the coach safer by keeping thieves at bay to anti-graffiti coats on vinyl wraps in passages, entrances and washrooms, the interiors of the train coach look like those of an airplane. LED lights have been installed in the coaches and washrooms for better illumination, and the seating too has been improved for more comfort and a better overall ambiance. Also Read - RRB-NTPC Exam: Indian Railways to Run Over 65 Special Trains For Candidates on May 9-10. Details Here

The washrooms, which are a sore spot for the Railways, have been spruced up with branded bath fittings, better-designed washbasins, high-quality soap and toilet paper dispensers. New amenities also include automatic personal toilet seat dispensers and auto janitors for better odour control. One rake has already been refurbished and the others are expected to be done by March of this year.