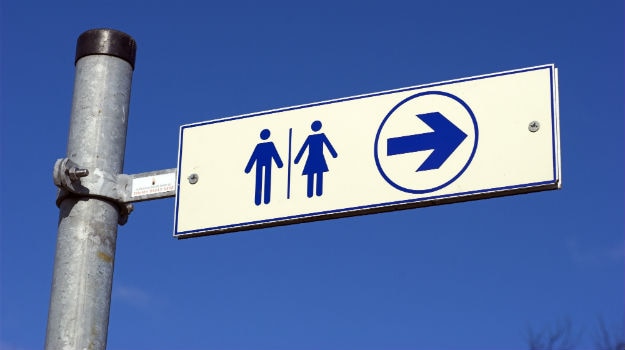 How many times have you been stuck in traffic in Mumbai having to control your bladder with all your strength while it is all ready to burst? How many times have you been roaming around the city with no idea where a nearby toilet is. How many times have you seen people just doing their business against a wall or on a tree? Well, no more. Municipal commissioner Ajoy Mehta has launched the Mumbai Toilet Locator app for Android on Monday. Thanks to this app by the Brihanmumbai Municipal Corporation (BMC), citizens can now locate toilets in Mumbai at the tip of their fingers. What a relief! (ALSO SEE 5 best apps to help you find toilets around you) Also Read - Twinkle Khanna Reacts To Aryan Khan’s Arrest, Compares It To Squid Game

The new app, currently just for Android, is available for download on Google Play. This app uses precise GPS locations to help you locate anyone of the over 800 pay-and-use toilets and restrooms aggregated by the BMC. It is extremely easy-to-use and convenient for anyone with an Android phone. It is worth noting that this app has been launched just under a month after Google Maps launched the public-toilet search facility for Delhi NCR and Madhya Pradesh. The ‘toiler locator’ feature was added to Google Maps in collaboration with the Ministry of Urban Development (MoUD) and detailed over 4,000 communal and public restrooms. All the user has to do was search for ‘public toilets’ on Google Maps and he is pointed to the all the nearest toilets. (DO SEE Google ties up with Indian government to launch toilet finder) Also Read - Will Aryan Khan Get Bail on Thursday? Lawyers Move Bombay HC | Highlights From Wednesday

While the launch of the Mumbai Toilet Locator app has been met with good reviews and excitement among tech-savvy citizens, it has also recieved its share of criticism. For examplem RTI activist Anil Galgali has pointed out that the BMC should be focusing on making toilets cleaner and more hygienic for the convenience of citizens rather than launching an app for finding toilets. It is a shame that India, despite being third biggest economy in the world, is still struggling with the issue of open defecation. It is known to be the worst country in the world for nubers of urban dwellers without safe, private toilets. Hopefully, with initiatives and apps like the Mumbai Toilet Locator, the situation in India will slowly improve. NOW SEE Can’t find a loo? This app is for you!