The air-conditioned train will have 12 coaches but no general or first class compartments. 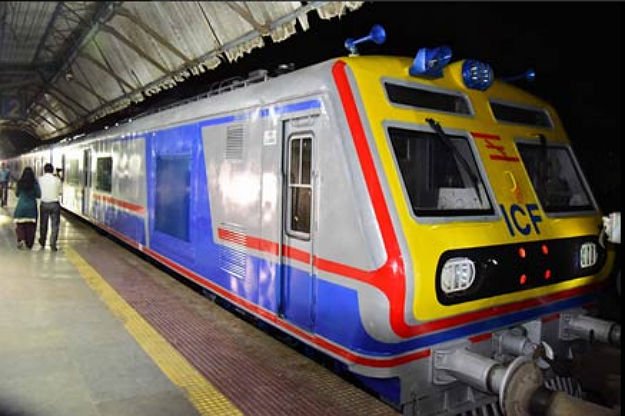 What could be better than an AC local train to beat the sweltering heat? Mumbai locals that are often packed beyond their capacity during peak hours are a way to commute from one point of the city to the other for thousands of city dwellers every day. Despite having more trains and increasing the frequency too, local train travel in Mumbai is still not good enough. But soon a respite from this could be a reality as Mumbai’s first AC local has already reached the city. Currently parked at the Kurla car shed, the train was flagged off from Integral Coach Factory in Chennai on March 31. Also Read - JNU Violence Highlights: Student Protests Emerge Across Delhi, Mumbai, Kolkata; Film Fraternity Joins in

The trial run of the first-ever air-conditioned Mumbai local will take place within a week according to a senior Central Railways officer. First, a servicing and technical check of the train will take place before its trial run. The trials are likely to last for three to four weeks and would be conducted on the trans-harbour line of Central Railways.

But according to the General Manager of Central Railways SK Sood, the commercial operations of the AC local will start only after the successful completion of the trial run. The speed of this train will be around 50 to 60 kmph and may increase later if required. Mumbai’s AC local will have 12 coaches but there will not be a division of general or first class compartments. However, two coaches are likely to be reserved for women. This project was announced in the 2012-13 Rail Budget but due to initial hiccups the project got pushed. We hope this time things fall into place soon and Mumbaikars can commute in a more comfortable manner.