One of Mumbai's popular landmarks, EROS cinema is now closed. 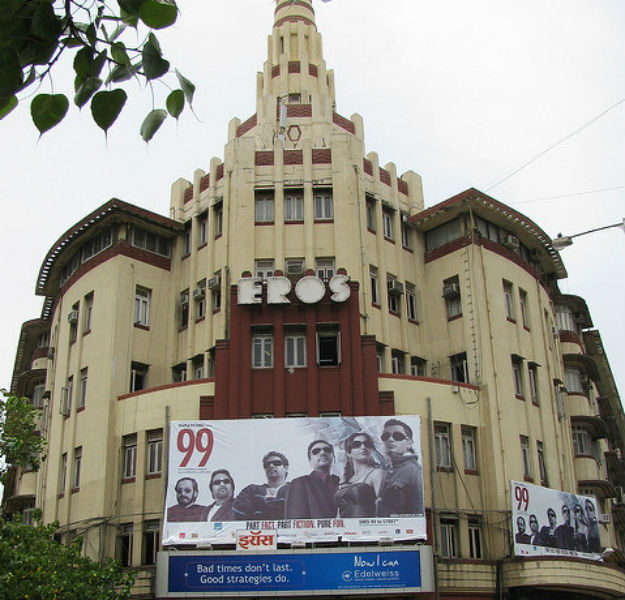 Anyone who has grown up in Mumbai or spent a considerable amount of time here is aware of the iconic EROS theatre in south Mumbai. Not only is it one of the popular landmarks of the city, it is also responsible for some of the fondest memories people have collected over the years. An impressive Art Deco style cinema hall, EROS has been one of Mumbai’s most amazing movie theatres for people of all social classes and sects. However, it looks like the next generation will not get to witness the aura of this iconic theatre. The Cambata building in Churchgate which houses the EROS theatre has been sealed by the Mumbai suburban district collector. Besides the EROS theatre, 24 other shops adjoining the building have also been sealed. ALSO SEE Top 10 offbeat things to do in Mumbai Also Read - 'Touching Gesture'! Narayana Murthy Touches The Feet of Ratan Tata And Twitter Can't Stop Hailing The 'Historic Moment'

It all started a few weeks ago when first information report was filed against Cambata Aviation and Bird Worldwide Flight Service for allegedly refusing to cooperate with government officials who were confiscating its equipment on court orders. Close to 1200 employees of Cambata Aviation, the ground-handling agency which has ceased operations in Mumbai and Delhi, have been demanding immediate payment of their pending salaries and other dues. They have received support from social activist Anjali Damania and political party Shiv Sena. Their salaries and dues are believed to have been pending since February 2016 and amount to around Rs 4. 45 crore. Leaders of four unions have failed to provide them justice. CHECK OUT 5 of the oldest cinema houses in Mumbai Also Read - JNU Violence Highlights: Student Protests Emerge Across Delhi, Mumbai, Kolkata; Film Fraternity Joins in

As expected, the sealing of the building has also lead to cancellation of movie shows at EROS. There is also a heavy deployment of police in busy Churchgate area where the building stands. Also Read - PMC Scam: With Rs 90 Lakh Stuck in Beleaguered Bank, ex-Jet Airways Staffer Dies of Cardiac Arrest After Attending Protest