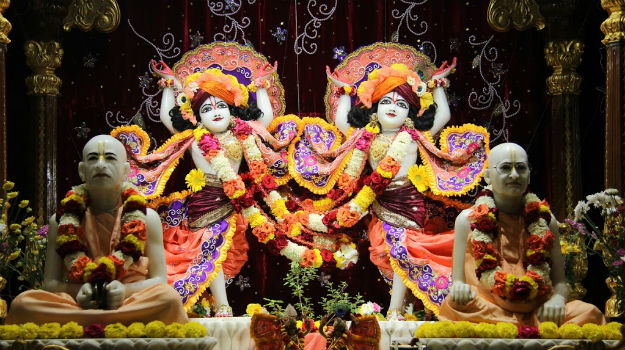 The International Society for Krishna Consciousness (ISKCON) will take out out its annual Jagannath Rath Yatra starting from Shivaji Park this weekend, an official spokesperson said here on Tuesday. Also Read - Cyclone Nisarga Updates: Three Dead in Maharashtra; Power Supply to be Restored in Ratnagiri And Shrivardhan Soon

The two-day event, to be held on March 12 and 13, would attract over half a million devotees from all over India, making it the world’s second largest Jagannath Rath Yatra in terms of the number of participants, said spokesperson Lucky Kulkarni. Also Read - Cyclone Nisarga: IndiGo Cancels 17 Flights to And From Mumbai, to Operate Only 3

“The lord of mercy himself will come out on the streets of Mumbai to shower his benevolence on all, blessing the participants and their families with happiness and peace forever,” said the organiser and ISKCON chief Radhanath Swami Maharaj.

The Mumbai chariot festival will see an array of competitions for different groups of people, cultural performances, lectures, drama and medical camps since it coincides with the golden jubilee of ISKCON, he added.

A massive 70×40 sq.feet stage resembling Jaladuta, a replica of the ship which Srila Prabhupada boarded in 1965 to travel to the US, a 50-feet tall statue of the ISKCON founder, another 60×40 sq.feet stage as the abode of Lord Jagannath, his brother Baldevji and sister Subhadra Maiya with a 40-feet high ‘chakra’ shall be the highlights.

Radhanath Swami said the chariot festival is being celebrated annually at Puri in Odisha since ages, but ISKCON founder Acharya Srila Prabhupada took the Jagannath Rath Yatra all over the world in 1967 for the benefit of all who could not travel to Odisha.

The Jagannath Rath Yatra is presently celebrated in countries like the US, Britain, South Africa, Europe, Australia and New Zealand; one was organised in Pakistan in 2015, besides several locations in India.