Mysore Dasara is one of the biggest Dussehra celebrations in the south of India. 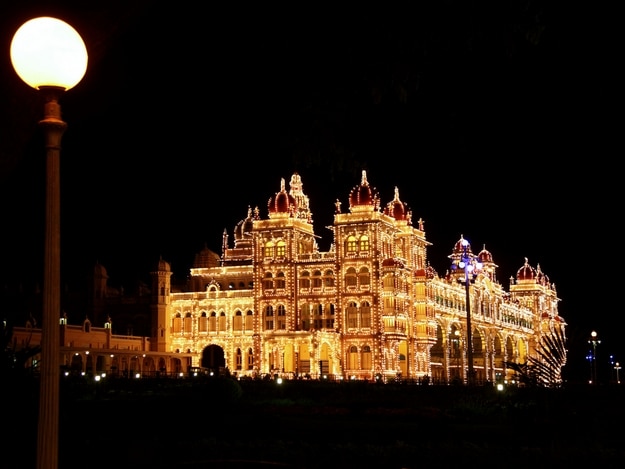 Mysore Dasara celebrations are Karnataka’s and indeed south India’s best known Dussehra festivities that attract thousands of devotees and tourists alike. The Mysore Dasara celebrations conclude the nine-day Navratri festivities with a grand procession that begins from the illuminated Mysore palace. Indeed, over the decades, Mysore has become synonymous with the extravagant Dasara celebrations and the festival is celebrated with a great pomp every year. The 10-day festival ends with its last day being Vijayadashami. For the duration of Navratri and Dasara, Mysore Palace is illuminated and a procession is carried out through the streets of the city even as Mysore comes to a standstill for that one day. Also Read - Alia Bhatt's 'Priceless Moments' With Sister Pooja Bhatt on Sadak 2 Sets in Mysore is Enough to Make Fans Gush With Love

Mysore, which used to be a capital for more than 600 years, is closely associated with Navratri and Dasara legends and the Chamundeshwari Temple is an important city landmark for a good reason. The city also owes its name to a tale from the Hindu mythology, one that involves Chamundeshwari, an incarnation of Durga who battled the demon Mahishasura for nine nights. On the 10th day, Chamundeshwari killed Mahishasura and the town came to be called Mahishasurana Uru (meaning, the town that Mahishasur belonged to). Soon, that name changed to Mahisur or Mysuru, which was then anglicized as Mysore. The Mysore Dasara celebrations span the duration of the epic battle and honor the nine forms of the goddess as well as the victory of good over evil. 2016 marks the 406th anniversary of the Mysore Dasara celebrations, which have more or less remained the same for all these years. (ALSO READ How is Dussehra celebrated in India) Also Read - Karnataka Government's Creative Dussehra Ad Citing 'Avengers: Endgame' is Viral Now

Mythology behind the of Mysore Dasara celebrations 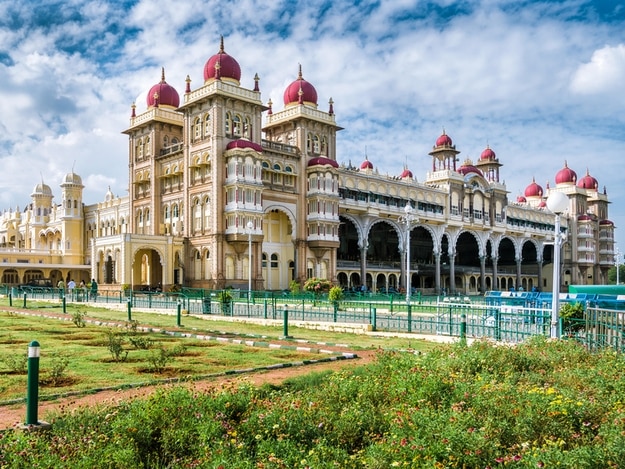 The grandest and the most important day of the Mysore Dasara celebrations is, of course, Vijayadashami. Mysore Palace begins its day with a puja. Also known as the Nandi Dhwaja Puja or the puja of Nandi, Shiva’s vehicle, it begins at noon. Shiva is important to this narrative because it was he who performed the tandava holding the body of Shakti in his hands. Afraid of complete annihilation Vishnu fired his divine chakra and cut Shakti’s body into 52 parts. These parts fell all over the earth and are known as Shakti Peethas. One of them, where the hair of Shakti fell, is right here in Mysore. And that is where the Chamundeshwari Temple now stands.

After the puja is over begins the Jamboo Savari, the procession that begins from the Mysore Palace with Goddess Chamundeshwari’s idol perched on a well-decorated elephant and ends at the Bannimantap Ground. The royals worship the Banni tree here which has its own history. It is believed that the Pandavas used this very tree to hide their weapons during their final year of their exile. The conclusion of the festival starts with the torch light parade at the Bannimantap Ground at about 7 pm (simultaneously, the palace is illuminated) that includes fireworks and laser shows too.

The gruesome origins behind the Mysore Dasara celebrations 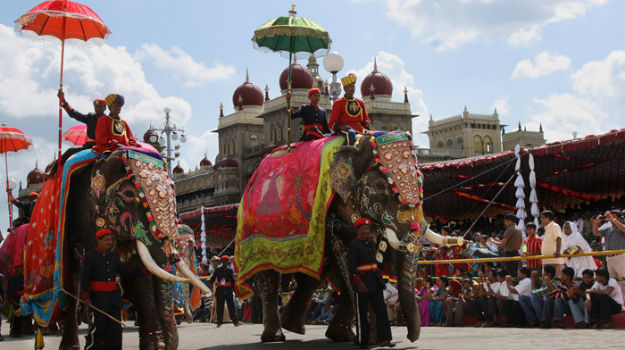 Even as the Mysore Dasara celebration is one of the most watched and followed events in the country and one that generally honors an auspicious occasion, the history behind it is far from a happy one. The story begins with Raja Wodeyar who then was just a vassal of the Vijayanagar Empire but held larger ambitions. He overthrew the ailing king, Tirumalaraja and took away his queen Alamelamma’s jewels. In return, the queen cursed Wodeyar was cursed to be childless. In the midst of this saga, Wodeyar decided that the upcoming Dasara festival would prove to be a good day to show off his power. Thus he planned a grand Dasara celebration in Srirangapatna in 1610. In a curious turn of events Alamelamma’s words spookily came true and just days before the big celebrations were to go underway, Wodeyar lost his only surviving son, Narsaraja. The repentant and grieving king continued with the celebrations anyway but not before he paid his respects to the statue of Alamelamma that he had installed in the palace, adorning with her favorite pearl nose ring along with other ornaments.

This centuries-old curse continues to haunt the Wodeyars who are curiously unable to beget a male child in every alternate generation. Each year the family presides over the spectacular celebrations and the tradition of pleading for forgiveness and worshiping the statue of Alamelamma continues to this very day.

The first evidence of the Mysore Dasara celebrations appears in a Persian ambassador’s book. This book was his major work and contains the overview of the history of the region from 1304 to 1470. The Wodeyars of Mysore continued to celebrate the Dasara festival even after the fall of Vijayanagar Empire.

ALSO READ How and where is Durga Puja celebrated in India

An exhibition selling all kinds of curios is held in Mysore palace grounds. The exhibition goes on till December and a wide range of items are sold and they attract large crowds. Also popular among the people are other activities like wrestling matches and dance and music performances. The Dasara festival of Mysore has gained significance in the cultural diversity of the state of Karnataka. The Government has also succeeded in portraying the rich heritage and culture of the land by maintaining the auspicious celebration just as in their Kings did. They have also clearly strengthened the social fabric within and has accomplished this with clarity down the ages. The entire festival is colorful and beautifully portrays the state’s glory. This festival is definitely a mixture of divinity and colors, yet another rich culture showcasing festival of India.