National Geographic has put up a breathtaking HD video of Everest and it will give you goosebumps!

This video shows you Mount Everest and beyond like you've never seen before. 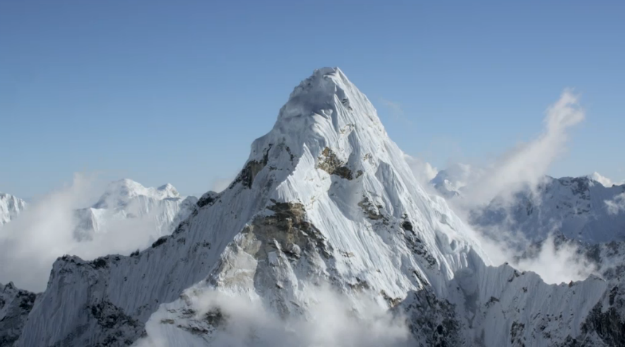 At 8,848 metres above sea level, Mount Everest is Earth’s highest mountain. It is one of the greatest wonders of the world. Though formed about 60 million years ago, some of the underwater sedimentary rocks at Everest are over 400 million years old. When it comes to mountaineers, Everest is a dream many wish to fulfill. It was May 29, 1953 when Edmund Hillary and Tenzing Norgay became the first ones to complete a confirmed ascend to Mount Everest. Since then, close to 4,000 other mountaineers have climbed Everest. The journey to Everest is not an easy one. The temperature gets as low as -40° C. A number of climbers have even lost their lives on the difficult terrain. However, the breathtaking beauty of the route combined with the thrill makes it a desired adventure for many a mountaineer. Located in the Himalayas, Everest is surrounded by other snow-clad peaks and  (ALSO SEE Meet Arunima Sinha, the first female amputee who climbed Mount Everest) A recently released short featured on National Geographic gives us a glimpse of the unparalleled spectacle of Everest and beyond. It makes us want to witness the mesmerizing beauty of this mammoth peak at least once in real life. Just the thought of being present at some of these places enroute Everest will give you the chills. Have a look! Also Read - Cyclone Nisarga to Make Landfall Today; Maharashtra, Gujarat on High Alert | Top Developments