Navratri 2017: 9 Durga Temples in India Dedicated to 9 Forms of the Goddess

Navratri 2017, which runs from September 21 to 29, literally translates to nine nights. But the festival also celebrates nine forms of the goddess Durga, venerated in temples across India.

Nine is a curious number. It appears in Hindu mythology and religious stories, and in Islam as well. It is the number of months that a mother keeps her child in her womb, the number of evils that trouble mankind and the number of celestial bodies in Hindu astrology. It is also the number of days that the Navratri goes on for. This year, Navratri 2017 will run from September 21 to 29. And for each of these days, the nine forms of the goddess Durga, literally Navadurga, is worshiped. Each manifestation is special in her own way, and you can find temples dedicated to each of them in different parts of India. Here, then, are nine special temples scattered across the country, dedicated to these nine forms of the mother goddess. ALSO READ: Navratri 2017: Best Places To Visit During Navratri and Durga Puja Also Read - Navratri 2020 Day 5, March 29: Worship Maa Skandamata; Know Puja Vidhi, Fast Time, Mantra 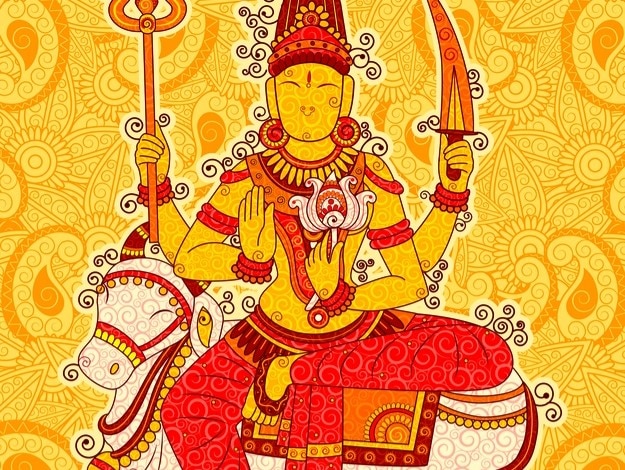 We start with the goddess worshiped on the first day of Navratri, Shailputri. A daughter of the Himalayan mountains and with the bull Nandi as her steed, Shailputri’s most famous temples lies along Varanasi’s Marhia Ghat. You can find a massive Aarti ceremony held here on the first day of Navratri. Also Read - Navratri 2020 Day 4, March 28: Worship Maa Kushmanda; Know Puja Vidhi, Fast Time, Mantra 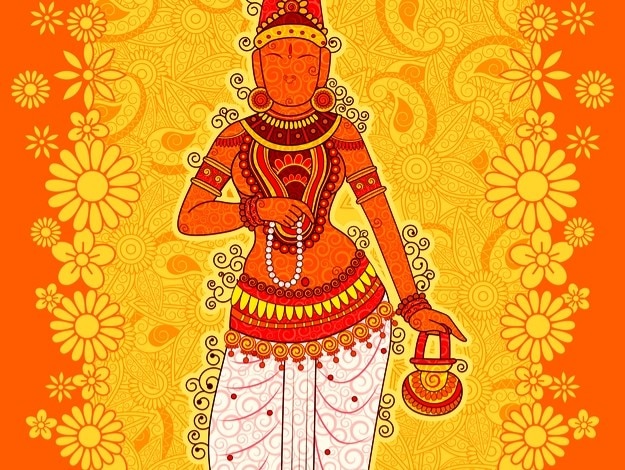 The second manifestation of Durga, Brahmacharini represents goddess Parvati’s desire to be with Shiva. She leaves everything behind in the pursuit of her goal, living in the mountains and turning to asceticism. The Brahmeshwar temple along Ganga ghat in Varanasi and Maa Brahmeshwar temple near the river Ganga at Balaji Ghat in Saptsagar, Kashi are the two major temples dedicated to Brahmacharini. Also Read - Bhojpuri Hot Bomb Monalisa And Hubby Vikrant Singh Rajpoot Twin in Pink as They Wish Their Fans 'Shobho Bijoya' 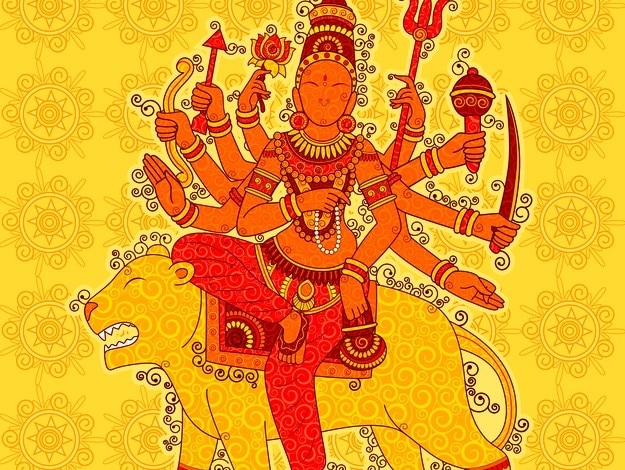 The form of Durga that is seen with her third eye open, this is the manifestation of the goddess’ warrior spirit, with weapons ready in her hands and a fierce tiger as her mount. The goddess of courage and bravery, Chandraghanta is venerated at the Chandraghanta Temple, also in Varanasi. CHECK OUT: Top 8 places in India for Navratri celebrations and dandiya nights 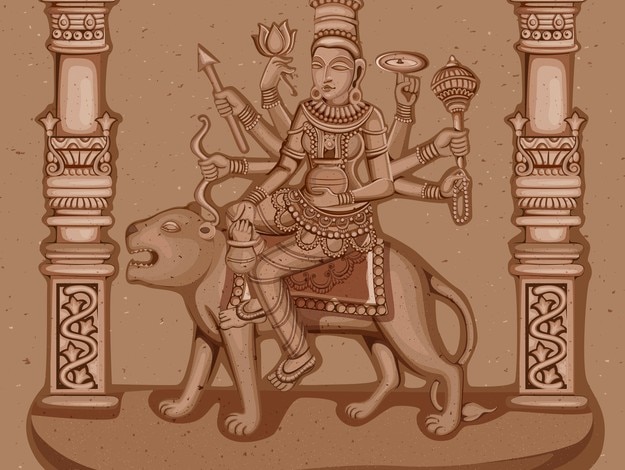 The goddess that created the world with her smile, Kushmanda is the fourth manifestation of Durga. Her name roughly translates to ‘cosmic source of warmth and energy’, and she is said to bestow strength and health to those who worship her. Kanpur’s Ghatampur town is home to what is arguably her most famous temple, and probably the only one of its kind. 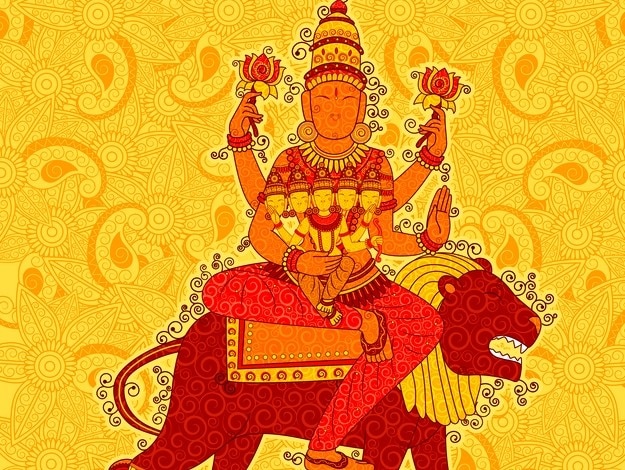 The fifth form of Durga is a reference to her being the mother of the Hindu god of war, Kartikeya. With a lotus on her hand and a lion as a steed, she is the goddess of prosperity and wisdom. Her most famous temple is once again in the temple city of Varanasi, in Jaitpura. 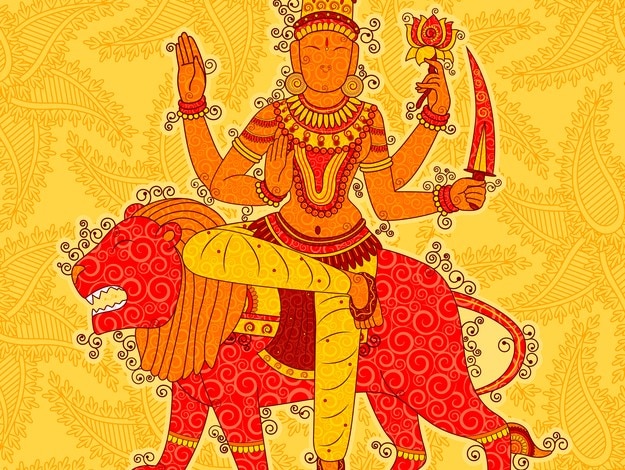 Borne out of the anger of the gods, Katyayani’s wrath led to the destruction of the demon Mahishasura. This tale forms the core of Durga Puja, and the scene of Durga achieving victory over the demon can be seen in thousands of Pandals across India. The most famous temple of this goddess is the Katyayani Baneshwar Temple in Aversa, Karnataka, though there are plenty more in Vrindavan, Kolhapur, Kerala and Delhi. 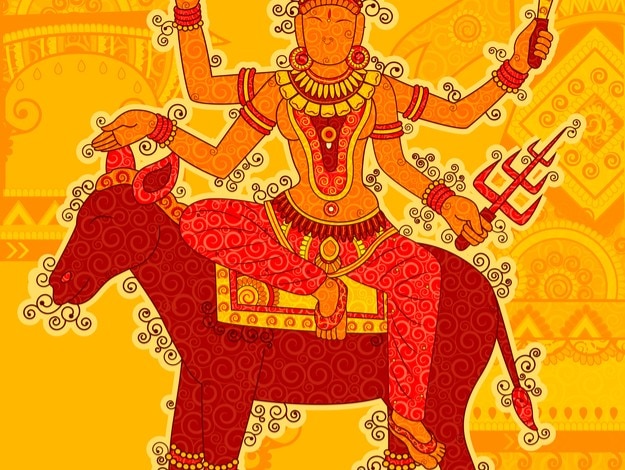 Another destructive form of the mother goddess, Kalratri is also called Kali, although some argue that they represent different deities. Ruler of the night, she bestows knowledge and wealth to her worshipers. Her most famous temple also predictably in Varanasi. 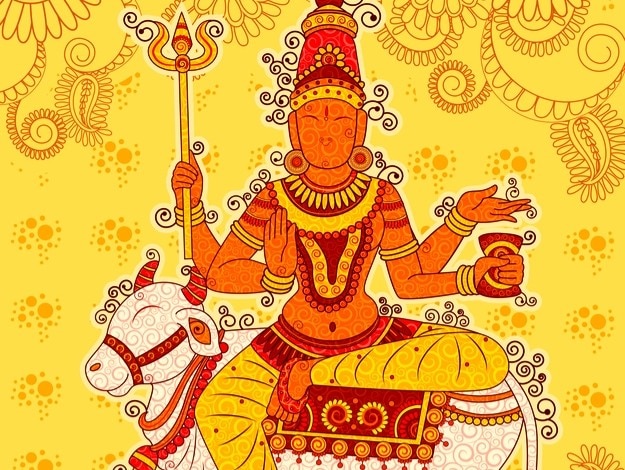 Holding a trident, lotus and drum, Mahagauri is the eighth form of Durga is said to offer her devotees relief from all their mortal sufferings. While she has a temple in Varanasi, the Mahagauri temple in Ludhiana is also well worth visiting, located near Shimlapur. NOW READ: Places In Gujarat For Navratri 2017 Celebrations And Dandiya Nights 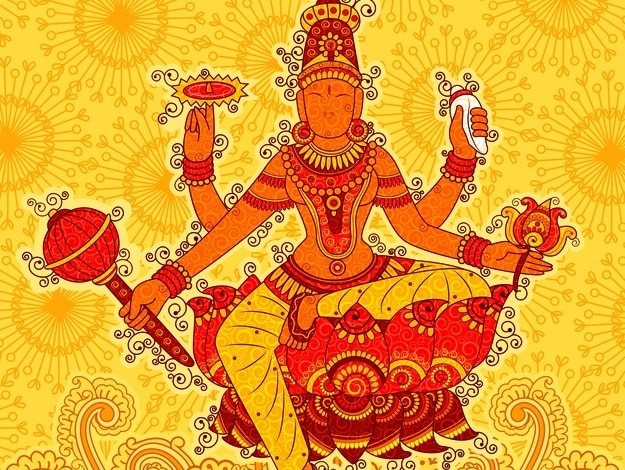 The ninth and final form of Durga, Siddhidatri is said to represent enlightenment. Her name literally translates to the giver of divine powers, gifting devotees the greatest power of them all: knowledge. You can find temples dedicated to Siddhidatri in Varanasi and Devpahari, Chattisgarh, but her temple in Sagar, Madhya Pradesh is also very famous.