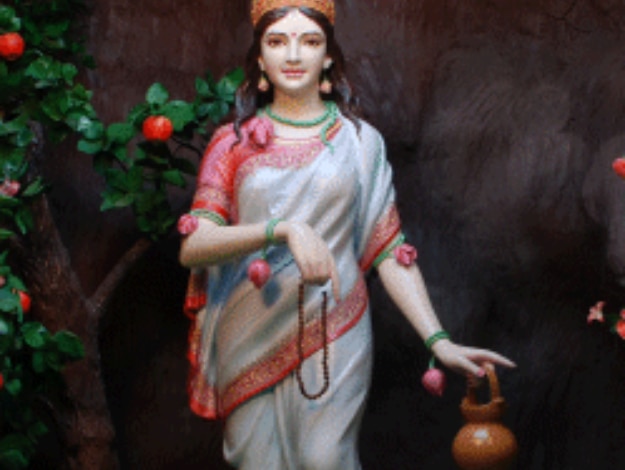 Of all the festivals celebrated in India, Navratri is perhaps the most cheerful and joyous. While several devotees observe fasts and indulge in rigorous prayer rituals, most people celebrate Navratri as a cultural festival that provides a great opportunity to dress up and attend events where they can sing and dance away to glory. Each day of the nine days of Navratri celebration is dedicated to worshiping one of the nine forms of Goddess Durga. Today is the first day of Navratri 2017. It is the day when the Shailaputri form of Goddess Durga is worshiped. We have already given you some interesting facts about the Shailaputri Temple in Varanasi for day 1 of Navratri. Today, we tell you about the second of the nine forms of Goddess Durga  Brahmacharini. On the second day of Navratri, devotees worship Durga in the form of Maa Brahmacharini. One of the most prominent temples of Durga in this form is Maa Brahmacharini Devi Durga Mandir in Varanasi. Also Read - 'Full of Hope, Enthusiasm': PM Modi Hails Varanasi-based NGOs For Their Service Amid COVID-19

The Bramhacharini temple is located close to the Durga Ghat at the bank of the holy river Ganges in Varanasi. Varanasi is home to a number of famous ghats which are all important venues for traditional Hindu rituals during religious functions and festivals. Durga Ghat is one of the most famous ghats of this ancient city and it is believed to have been in 1772 by a saint, Narayana Diksit. The pond of water right next to the Brahmacharini temple is a popular get-together spot for devotees to perform their customs. On the second day of Navratri, several Varanasi locals as well as tourists visit the Brahmacharini temple early in the morning with flowers and cloth offerings (chunri) to pay their respects to Goddess Durga in the Brahmachirini form. The word Brahmacharini means a female student who lives with her teacher or guru in the ashram where students put up. Goddess Brahmacharini is always depicted wearing white clothes, holds a traditional japa mala (rosary) in her right hand. The kalash or kamandal, which is a water utensil, is shown held in her left hand. Also Read - Norms For Varanasi Temples During 'Saawan': Masks Compulsory, Crowding Will Lead to Temples Being Shut Devotees in Durga Temple in Varanasi

Durga Ghat, where the Brahmacharini temple is located, is known for its religious significance. It is also home to the famous Durga temple (aka Monkey temple) of Varanasi which is visited by thousands of devotees during Navratri. The red stone architecture of these temples is exemplary of the north Indian style seen in various temple of Uttar Pradesh and other surrounding states. Also Read - 'Corona Mall' or 'Social Distance Mall' in Varanasi's Sigra Area Becomes One-Stop Shop For COVID-19 Prevention