New Shipwreck Could turn Village near Vizag Into Dive Destination

A new scuba diving destination may be coming up on the east coast. 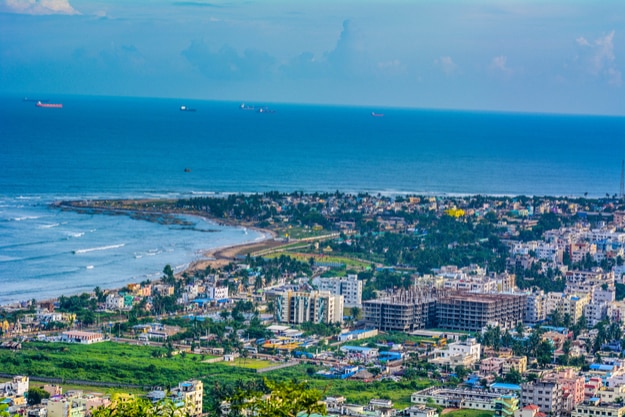 Christmas 2017 came a few days early for two scuba divers off the coast of a fishing village near Visakhapatnam, Andhra Pradesh, after they discovered a shipwreck hidden in the waters below. The village is called Bheemunipatnam, and this discovery could make it the next big diving destination in India. The wreck was discovered by dive master Anil Kumar and diver Balaram Naidu on December 21, 2017, around six meters under the waters surrounding the village, some 45 km away from the biggest city in Andhra Pradesh. ALSO READ: Makar Sankranti 2018: How Magh Bihu is Celebrated in Assam Also Read - India vs Australia 2019: Virat Kohli Looks in Good Touch in Nets Ahead of 1st T20I at Vizag | WATCH VIDEO

The duo dived once more earlier this week to explore the wreck site, and their findings are pretty exciting. Naidu said that the shipwreck site seems to be spread across a vast area. The ship itself could be around 200 years old, measuring 150 meters in length. But Naidu added that they are still piecing together the whole story. Meanwhile, the second exploratory dive found that the shipwreck area is teeming with diverse marine life. The team found yellow back snappers, moral eel, ribbon fish, parrot fish and lion fish. Also Read - India vs Australia 2019: Virat Kohli Wins Heart, Obliges Fan With Autograph in Vizag Ahead of 1st T20I | WATCH VIDEO

Incidentally, Naidu is also the director of a local adventure sports service provider, Livein Adventures. The scuba diving team said that this could be the only shipwreck site at a depth so shallow. At six meters, the shipwreck is easily accessible even to non-swimmers. Kumar said that most famous shipwreck sites in the world are located in the deeps, where only certified, experienced scuba divers can explore. NOW READ: There is a New Zip Line Across the Grand Canyon

Edward Paul, a historian, said that the diving site lies north of Bheemunipatnam village, near an area called Santhapalli Rocks. The rocky seabed around the area has caused plenty of ships to sink into the waters. In fact, a light house was built by the British in 1840 to warn seafarers of the rocky shores. And now, the scuba team could turn this place into a dive destination once it gets clearance from the state tourism authority.