Uttar Pradesh has just got a big loan from the World Bank approved, focused on developing tourism in the state. 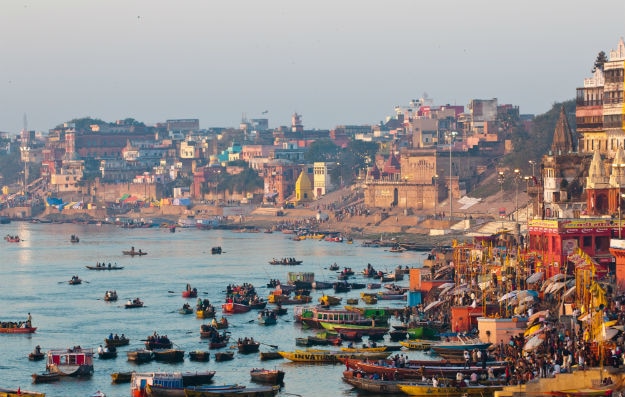 Uttar Pradesh, India’s most populous state, is as close as you can get to an encapsulation of the cultures and religions of the country. It is the home of the Taj Mahal and the Ganges River, and the Lucknowi Biryani and the Chaukhandi Stupa in Sarnath. And for all its attractions, Uttar Pradesh still has plenty of potential to grow its tourism sector. For this purpose, it approached the World Bank to give a green light to a project that will focus on tourism benefits and helping local communities. And the World Bank has just approved the USD 40 million project. ALSO READ: Top 7 Domestic Destinations for Indians in 2017, according to Hotels.com Also Read - Uttar Pradesh Extends Lockdown Till June 30; Temples, Malls, Hotels to Open From June 8

The state, which is home to incredible monuments of India’s Mughal, Buddhist and Hindu heritage and history, will be at the center of the Uttar Pradesh Pro-Poor Tourism Development Project. This project aims at restructuring tourism to optimize state assets sustainably and inclusively, to benefit local entrepreneurs and poor residents like street vendors, local artisans and drivers. It will look to provide both non-economic and economic benefits and improve the living conditions by updating services and infrastructure. This should help improve quality of life, provide more jobs to people and energize local communities near tourist destinations. Also Read - Lockdown 5.0 in UP: Is Yogi Govt Planning to Reopen Malls, Places of Worship Across State?

Junaid Ahmad, the Country Director in India at the World Bank, said that tourism has been seeing strong growth thanks to the country’s middle class surge. Uttar Pradesh holds great potential for tourism, with its cultural and historical gems. The project should help local communities share their rich culture, heritage and traditions with travelers to generate income for their families. Also Read - 'Samples Taken Away by Monkeys do Not Include COVID-19 Swab Test Samples': Meerut Medical College Principle Clarifies

Agra and Braj will be the focus of the project. Both states are among the most popular tourism and pilgrimage destinations in the state, even the country. But their population still suffers from a staggeringly high poverty rate. The Taj Mahal, for instance, is surrounded by 20-odd slums. The Agra project should focus on telling the story and history of ‘Agra beyond the Taj’, focusing on the around 150 sites and monuments in the region apart from the Taj Mahal itself, like the Agra Fort, Mehtab Bagh Mughal garden and Kachhpura village. NOW READ: Best Places to Celebrate New Year 2018 in India

Other agencies will be involved in the project as well, including the World Monuments Fund that is supporting the Archaeological Survey of India to restore the remaining four Mughal gardens in Agra city. Braj, meanwhile, is a major Hindu pilgrimage destination closely tied to the mythology of Krishna. Here, the focus will be on revitalizing the holy water bodies or kunds and the local arts and creative industries.