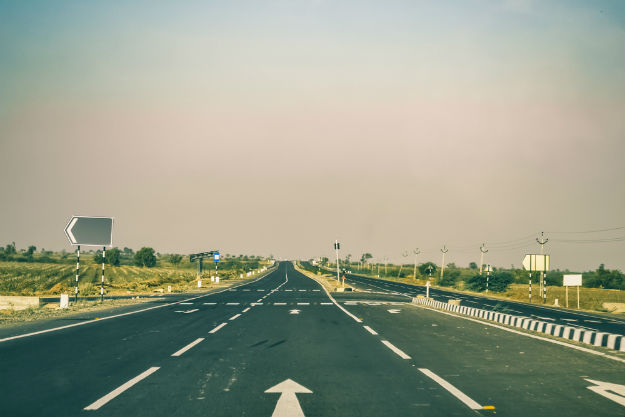 Mumbai and Delhi are perhaps the two most prominent cities of India. Several people commute from one to the other quite frequently. It is not uncommon to find a number of people working in Mumbai with families in Delhi and vice versa. It is therefore of paramount importance that these two cities have the best rail, road, and flight connectivity. To that effect, a grand new project for connecting these two cities is to be a reality soon. Union Highways Minister Nitin Gadkari has announced a New Mumbai-Delhi Expressway that will connect these two cities. Also Read - 'Public-Private Sectors Must Come Together to Combat Coronavirus,' Says Health Minister Harsh Vardhan

The route for this exciting new expressway has not been revealed yet. However, there was an indication in a government release that it could pass through Rajasthan and Madhya Pradesh. Both of these states are home to some spectacular tourist spots. The new expressway will come as a boon for travelers who like taking road trips. ALSO SEE Be warned! Drive down these 10 haunted roads in India at night, only if you must! Also Read - Demand for N95 Masks, Sanitisers Shoots Up Amid Coronavirus Scare in Delhi-NCR

This new expressway will be a Greenfield project. Since greenfield projects pass through lesser-developed regions, the cost of land acquisition is lesser. Another reason to take such a route is to bring development to the lesser-developed regions. CHECK OUT 8 spectacular coastal roads in India Also Read - 'Touching Gesture'! Narayana Murthy Touches The Feet of Ratan Tata And Twitter Can't Stop Hailing The 'Historic Moment'

According to reports, the new expressway will be around 1400 km long and will take just 12 hours to cover at an average speed of 120 km per hour. The government is expected to spend around Rs 1 lakh crore on this project. Apart from this expressway, there are also plans for a Chambal expressway which will connect to the Mumbai-Delhi expressway. These new projects are expected to develop Gurugram-like hotspots in the interiors of Madhya Pradesh and Rajasthan.