Pathankot to Dalhousie: Distance, Duration And Direction by Road

Are you ready for a fun road trip to Dalhousie from Pathankot? 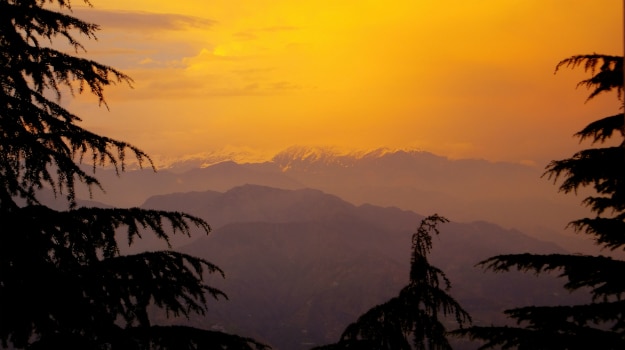 A breathtaking hill station in Himachal Pradesh, Dalhousie is a favorite haunt for family vacations, honeymooners as well as those seeking some alone time in the lap of nature. Perched at an altitude of 2,000m above sea level in the Chamba district, it enjoys pristine views of snow-capped peaks and rivers running at its base. The beauty of Dalhousie is mesmerizing and even though it does not have its own airport or railway station, people flock to it in large numbers. Dalhousie is one of the most popular tourist spots in north India thanks to its natural vistas and the charm of British buildings that lend a beautiful old-world feel to the hill station. The mall roads and the sightseeing attractions further give travelers a number of things to look forward to and that is why it has become such a crowd-puller. If you are planning a trip to Dalhousie, here’s how you can reach the hill station. Also Read - Top 6 Road Trips to Take During Monsoons in India

Dalhousie does not have its own airport or railway station and the nearest one is in Pathankot. So, you can fly here or take a train and then move forward. There are several direct buses and private cabs that ply between Pathankot and Dalhousie. However, if you plan to drive down on your own from Pathankot to Dalhousie, here’s some help. Also Read - Dalhousie on Your Mind? Here's How You Can Get There From Delhi

The distance between Pathankot and Dalhousie is about 83 km and it will take you about two-and-a-half hours to cover the distance by road. There are three routes from Pathankot to Dalhousie that you can take. Here are driving details of each of them:

One of the longest routes is via NH 154 and Chamba-Pathankot Road. It is about 88 km away and takes nearly two hours and 43 minutes to reach Dalhousie. After you get on to NH 154 from Dhangu Road, turn right on Chamba-Pathankot Road. You will pass by Banikhet Police Station on your right and then continue on Chamba-Dalhousie Road till you reach your destination.

The second route is slightly shorter and takes about two hours 34 minutes. It is at a distance of 86 km. The route is via Jugial Road and Chamba-Pathankot Road. First, take the Jugial Road and then the Dhar-Ranjit Sagar Dam Road to Chamba-Pathankot Road. After you pass by Government Hospital Dunera on the right, continue on the Chamba-Dalhousie Road until you reach your destination.

The fastest and the most preferred route is the one via the Chamba-Pathankot route. It is the shortest one and takes less than two-and-a-half hours. First, get on NH 154 from Dhangu Road and then take the Chamba-Pathankot Road to Chamba-Dalhousie Road in Banikhet. Continue on this route till you reach Dalhousie.

It is best to leave early morning and drive down to the hill station as you will avoid traffic and reach Dalhousie by breakfast. While coming back, leave by early evening so that you don’t have to drive in the dark and reach Pathankot by sunset.