Photos of Alanganallur Jallikattu, the sport banned by Supreme Court of India

These photos of Alanganallur Jallikattu may explain why the Supreme Court of India has banned it.

Jallikattu, the bull-taming sport which can get your heartbeats racing, has been in the news of late. The dangerous sport of Jallikattu which is extremely popular in Tamil Nadu coincides with Pongal every year and is currently under a ban from the Supreme Court of India. To protest against the ban, people organised Jallikattu in several parts of Tamil Nadu. With Pongal just round the corner, protesters took to the streets as the state that consists of a large number of Jallikattu supporters united to defy the Supreme Court ban. The event has received support from prominent personalities like Kamal Haasan and CM of Tamil Nadu, Ottakarathevar Panneerselvam. Despite that, the Supreme Court has upheld a ban on this sport citing animal welfare issues. For years, the biggest Jallikattu has been organized at Alanganallur with the tourism departments patronage. Other places where the event of Jallikattu takes place are Avaniapuram and Palamedu of Madurai district and in some villages in surrounding districts like Pudukottai, Tiruchirapalli and Thanjavur. (ALSO SEE Jallikattu: All you need to know about Tamil Nadus bull-taming sport and why it has been banned) Here are some thrilling photos of Alanganallur Jallikattu from when the sport was in its prime! Also Read - Jiah Khan Death Anniversary: Timeline of Events Surrounding The Mysterious Death of Nishabd Actor

Can you imagine being on this field? 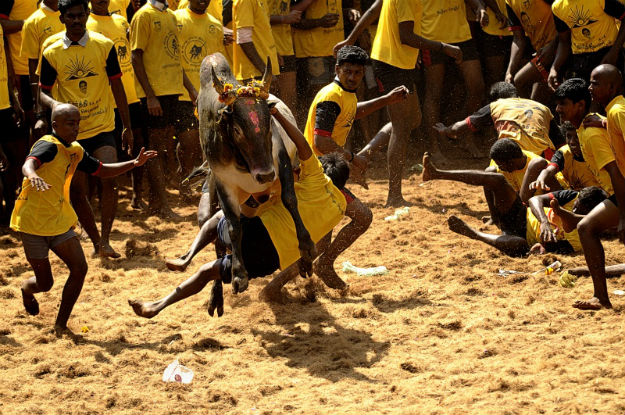 Would you call this bravery or stupidity? 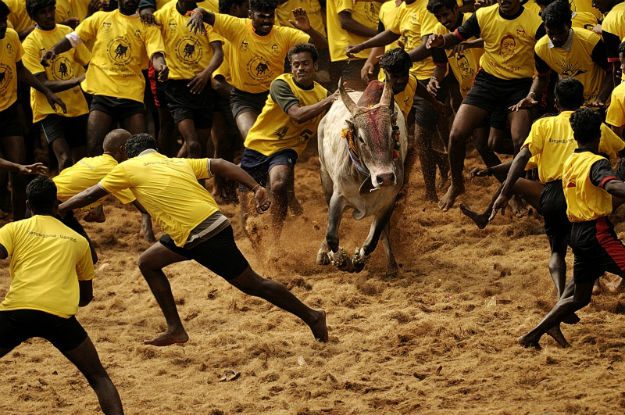 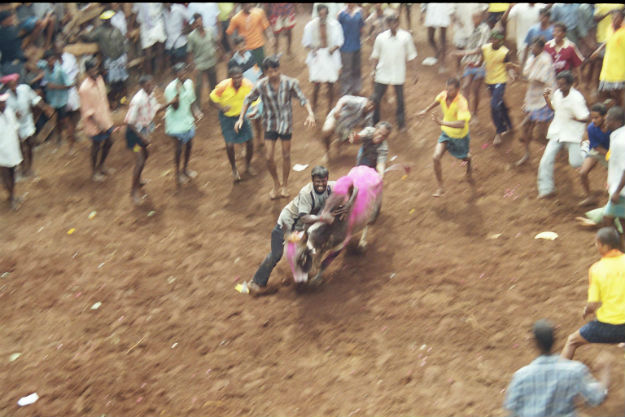 Imagine being that guy on the floor! 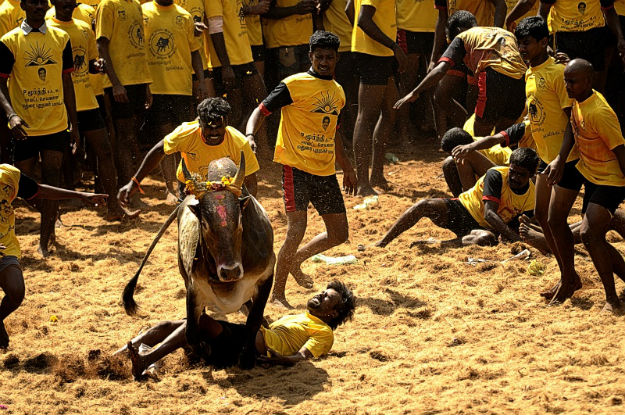 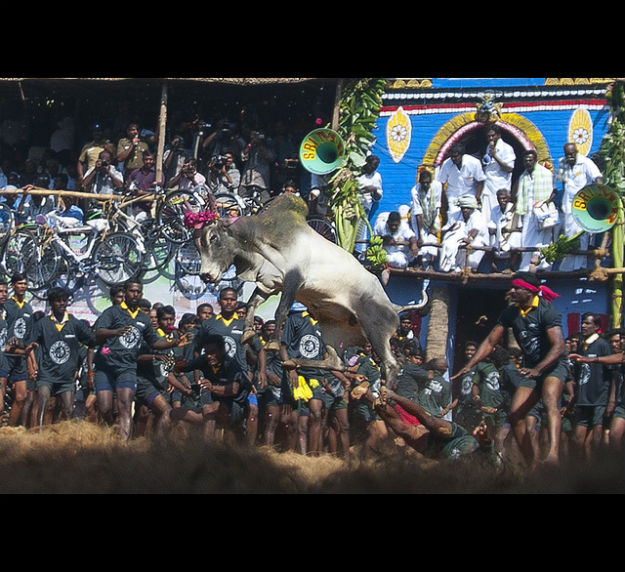 NOW SEE 6 freaky Indian festivals that you must attend!