Photos of Amsterdam in Winter Will Leave You Enchanted!

These breathtaking photos of Amsterdam in winter will make you want to visit it NOW!

Amsterdam is one of the most alluring places on the planet. It has everything that is awesome about European destinations and then some more. Known for its efficient canal system, laid back and charming lifestyle, beautiful houses and facades, and amazing museums that do justice to its rich art and culture, Amsterdam is every travelers dream. It is one of the cities that you will never want to leave. Cycling is a common way of getting around and every street corner has a trendy cafe or restaurant. As the capital city of The Netherlands, Amsterdam attracts tourists, businessmen and vacationers from all over the world. While Amsterdam is extremely alluring in every season, winter in Amsterdam is particularly magical. As soon as it snows, the whole city transforms into a white paradise that exudes a festive ambiance. (DO SEE 10 spectacular waterfront cities in the world!) These beautiful photos of Amsterdam in winter show why you must visit it around Christmas time at least once in a lifetime. Also Read - Dutch Government Advises People Seeking Intimacy to Find 'Sex Buddy' During Lockdown Phase 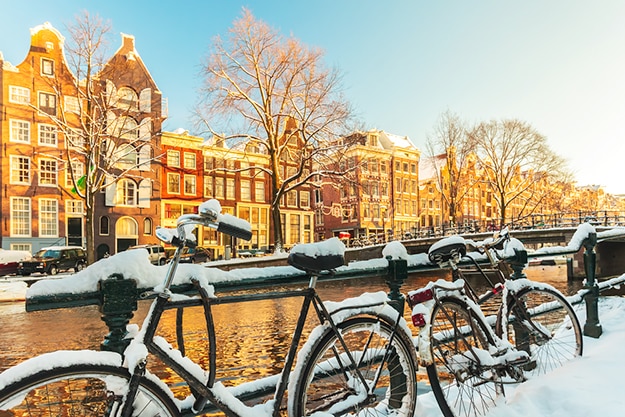 Also Read - Trending News Today May 14, 2020: This German Man Who Had Been Living At Delhi Airport For 55 Days Finally Leaves For Amsterdam

Bicycles are a major part of life in Amsterdam – here they are under the snow, with a view of Nieuwmarkt 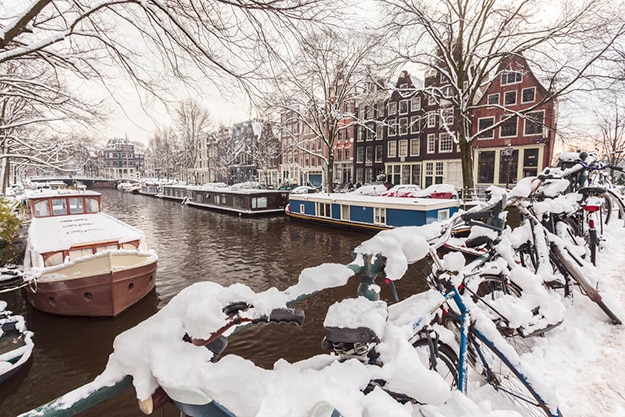 Also Read - Trending News Today May 13, 2020: WE WANT THE SAME! Candle-Light Dinner Dates in 'Quarantine Greenhouses' Amps up Romance in Times of Corona at Amsterdam

Snowy Amsterdam in the Netherlands in winter at sunset 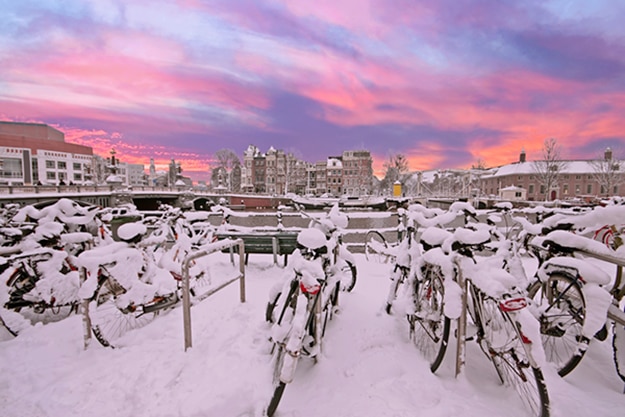 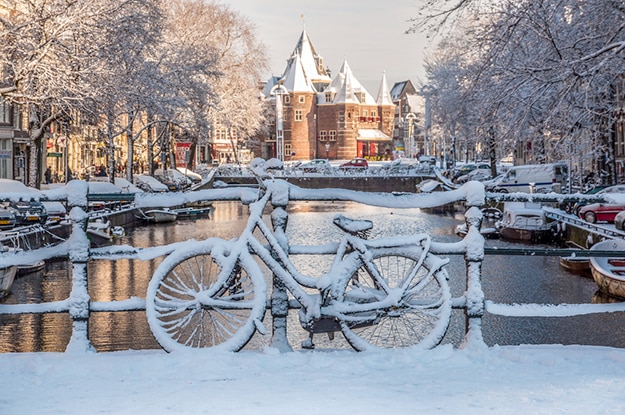 Amsterdam in winter with the Westerkerk in the Netherlands 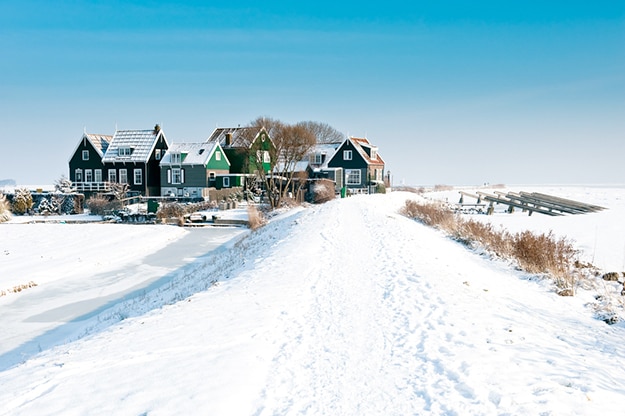 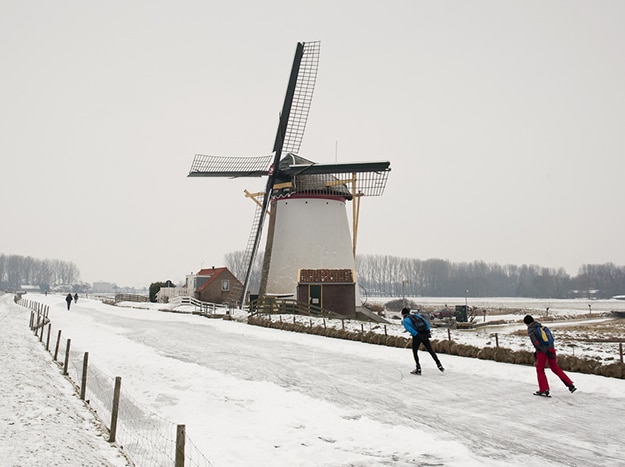 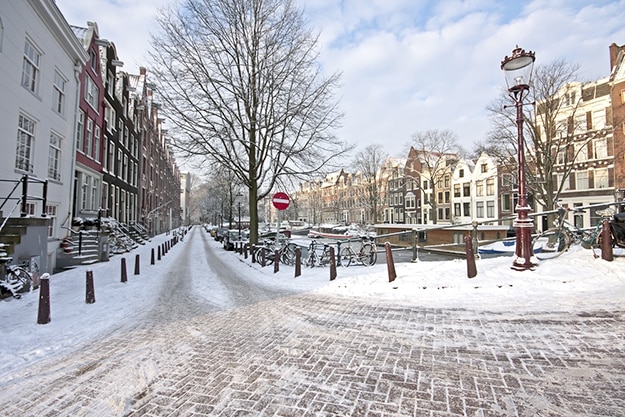 Rozewerf in Amsterdam during winter 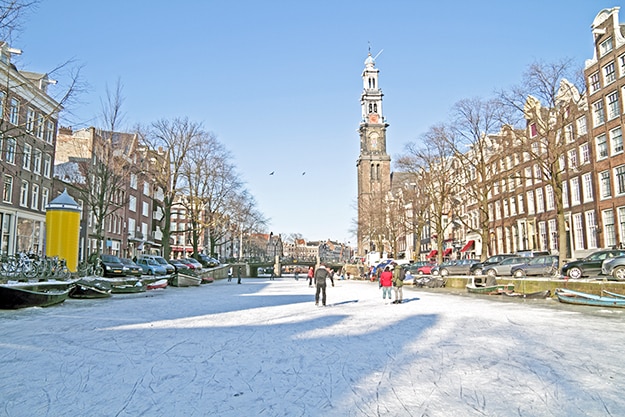 Many people go skating on the winter ice skating rink in front of the Rijksmuseum, a popular touristic destination in Amsterdam 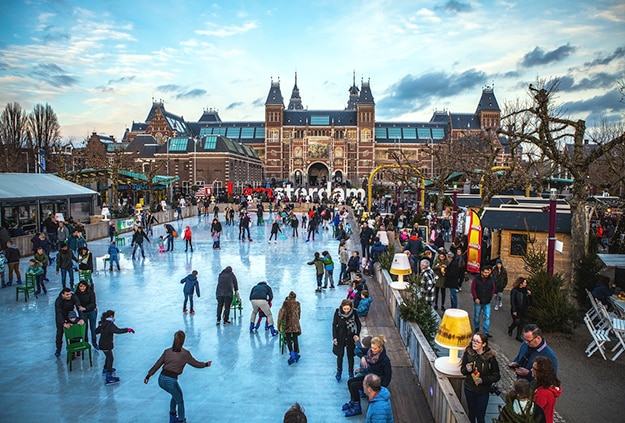 Ice skaters on the ice rink at the Museumplein, with the Rijksmuseum in the background 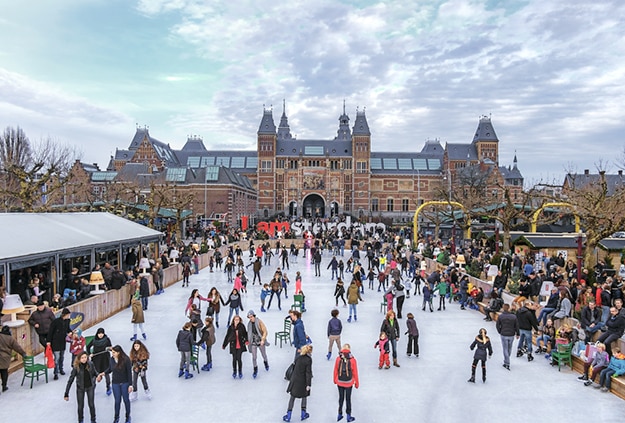 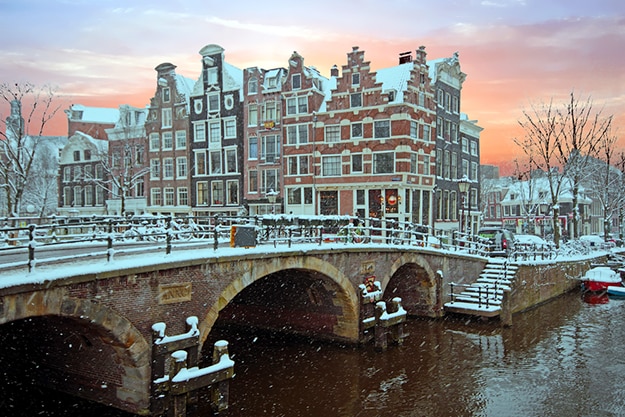 We leave you with this picture of a bench by the canals in Amsterdam at night! 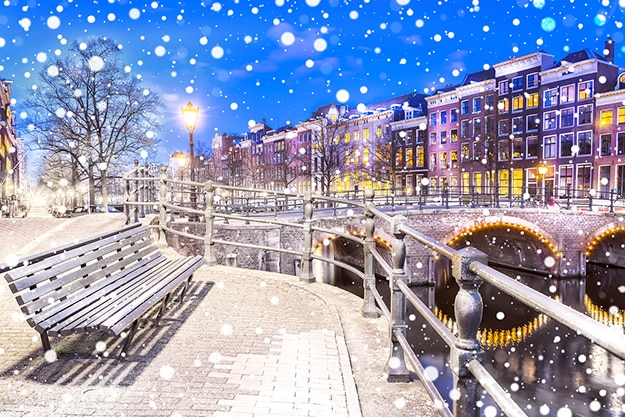