Photos of Bolivia’s Death Road, One of the Most Dangerous Roads in the World

Have you ridden the Death Road? Bolivia's ominously named pathway to its rainforests is a massive attraction.

A name like ‘Death Road’ should be enough to scare away most people, right? But the serpentine Death Road that goes from La Paz city to Bolivia’s dense rainforests does the opposite. It gets its name for being responsible for the loss of 300 lives every year, but many travelers still come to make their way through the cursed road. The narrow mountain track carves across the side of the hills, one side hugging the rocky mountain face and the other side overlooking a sheer drop into the green abyss below. But mere words may not be enough; here are some photos of Bolivia’s Death Road for you to see for yourself. NOW READ: Photos of Binsar, a Quiet Haven in the Kumaon Himalayas Also Read - 5 Dead as Massive Protests Break Out Between Police, Troops in Bolivia 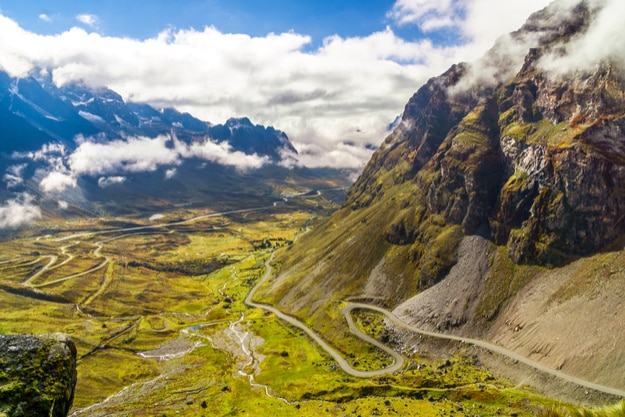 Another view of the Bolivia Death Road, which rises up to 4,650 meters above sea level 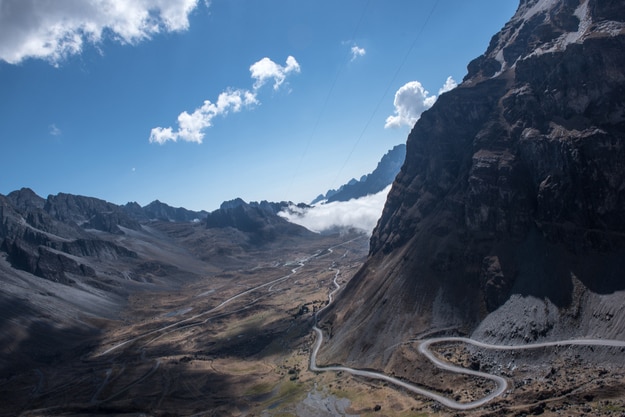 A bus on a muddy road in Yungas mountains, along the dangerous route 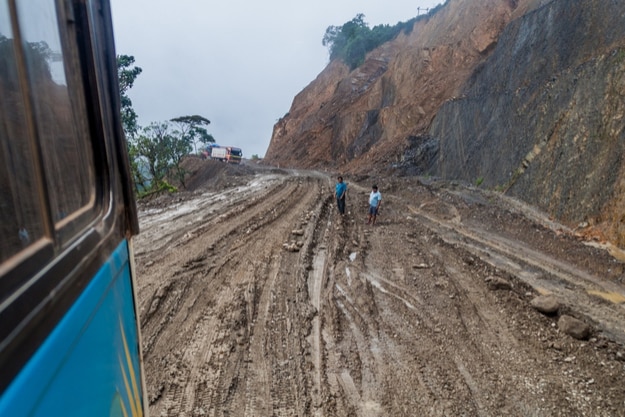 Panorama of the valley along the Death road; the rainy season is the most dangerous, with mist all around you and mudslides 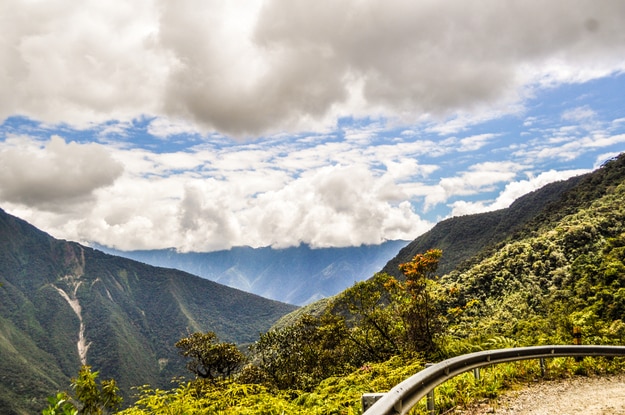 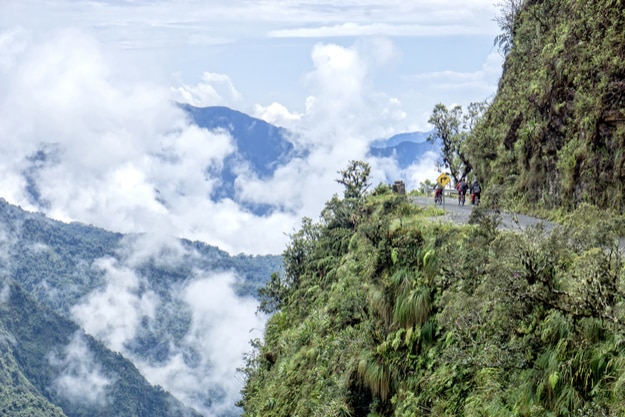 Bike tourists ride on the road, a condor circles over the scene in the background 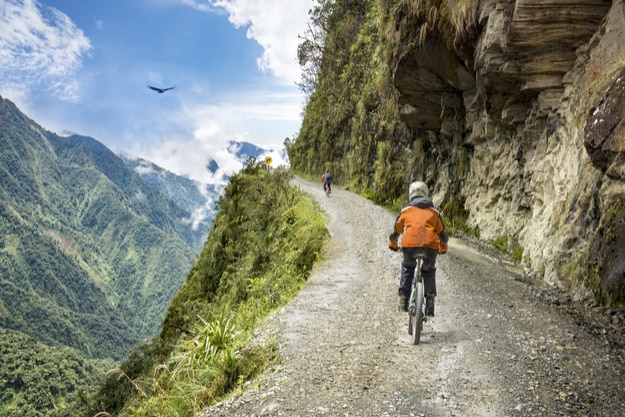 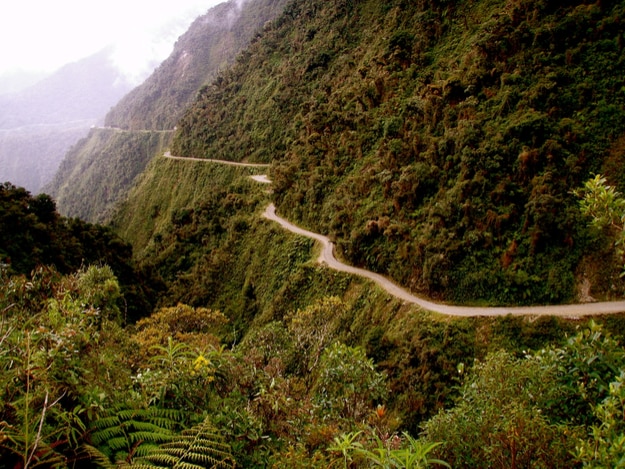 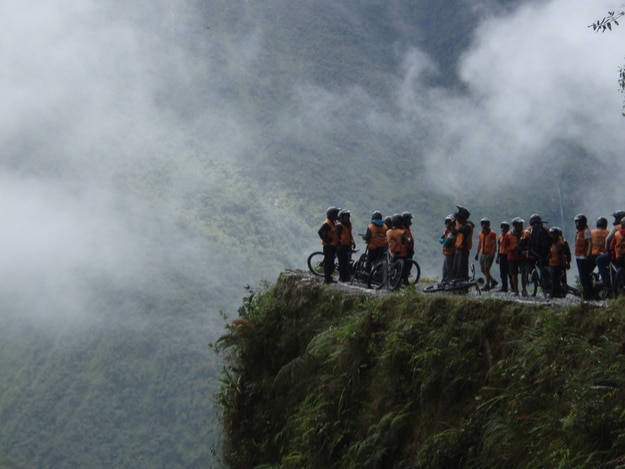 A bike tourist on the road of death enjoys the waterfall 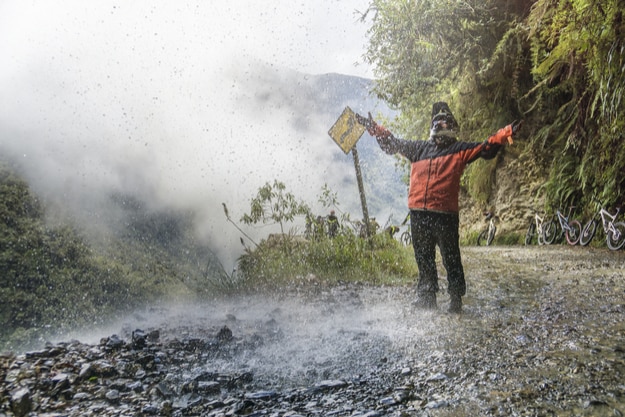 Valley covered in rainforest in the Yungas region of Bolivia, on the eastern slopes of the Andes, leading into the Amazon rainforest 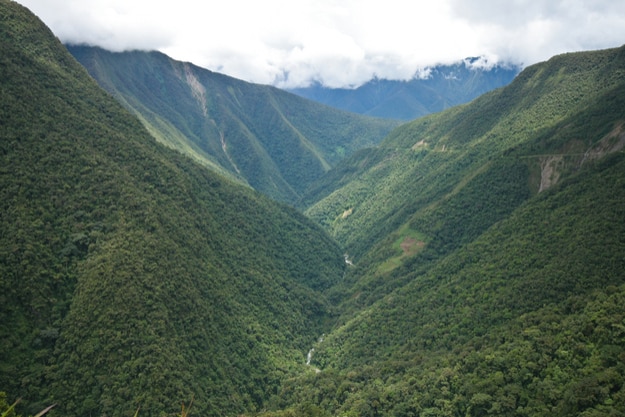 With countless hairpin bends that open to the valley below and the roads barely reaching more than the width of a car, the Bolivian Death Road reminds us of equally treacherous mountain roads you would encounter in Ladakh or Spiti. But the danger is addictive, with motorists even driving to the left to look closer into the depths below. ALSO READ: The Mind-blowing Scenery at Lofoten Islands; View Pics!

The experience along Bolivia’s Death Road puts you on a mountain bike from the plateau of La Cumbre, surrounded by snow-capped peaks, starting first with clear new roads before entering the misty Death Road itself. The mountain fog and slippery wet road add to the sense of danger. The mountain bike ride began in 1997 by Kiwi adventurer Alistair Matthew, and his tour company Gravity Bolivia is still the best-known of the lot today.