Photos of Marrakesh, an Imperial City Steeped in History

The Red City of Marrakesh is made of nearly a thousand years worth of history and heritage.

The fourth biggest city of Morocco and the capital of Marrakesh-Safi in the southwest of the kingdom, Marrakesh (or Marrakech as it is spelt in French) lies across the plains south of the snow-capped Atlas mountains. It is one of the four former ‘imperial’ cities of the kingdom of Morocco, the others being Fes, Meknes and Rabat, the current capital city. Founded in 1062, the city today has evolved over the centuries, absorbing different cultures and influences and stories over the years to create a heady mix of its own. And so we present to you some of the sights of the Red City of Marrakesh. ALSO READ: Photos of Wadi Rum, Jordans Incredible Climbing and Trekking Destination Also Read - Eid-ul-Fitr 2019 in UK And Morroco: Crescent Moon to be Sighted on THIS Day 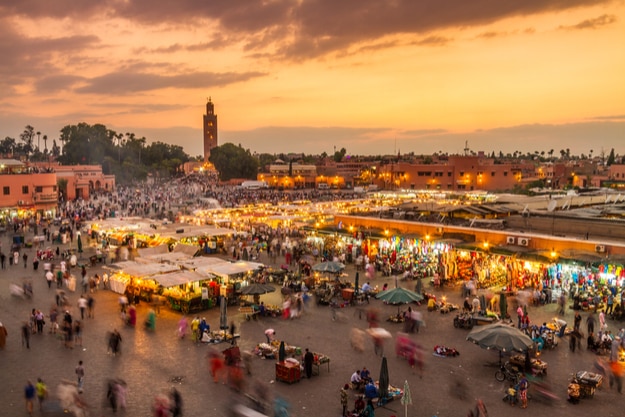 Koutoubia Mosque in the southwest medina quarter of Marrakesh 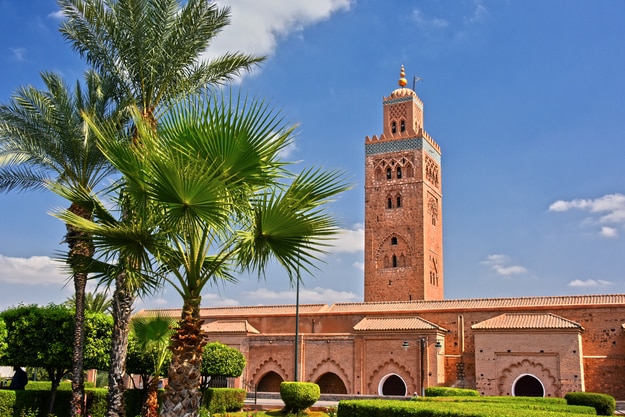 The Bab Agnaou gate, built in the 12th century during the reign of the Almohad dynasty; it is one of the 19 gates of Marrakesh 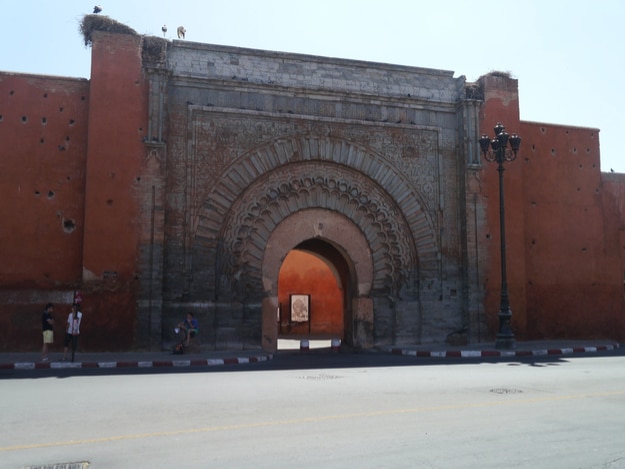 People walking on a typical street in Marrakesh 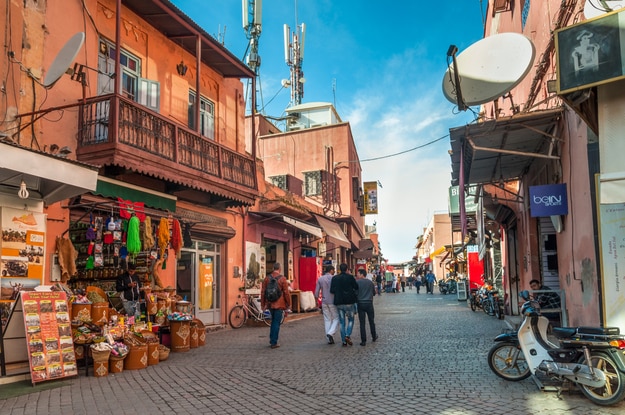 The beautiful Majorelle Garden, a botanical garden and artist’s landscape garden; the Le Jardin has a water fountain painted in Majorelle Blue 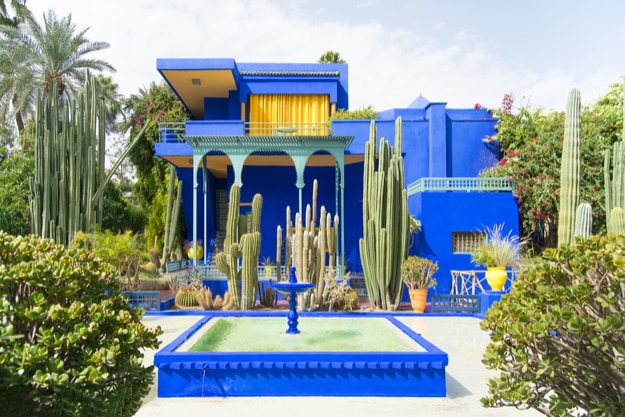 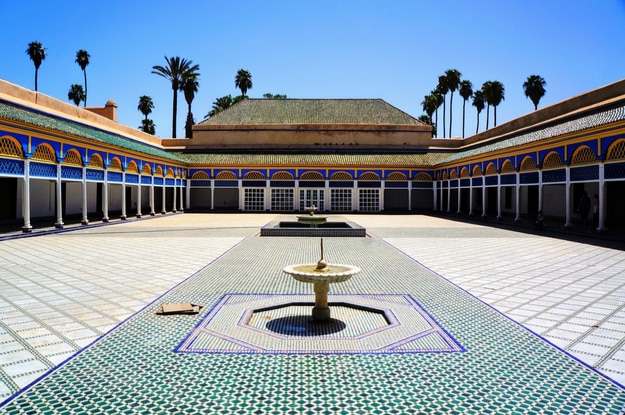 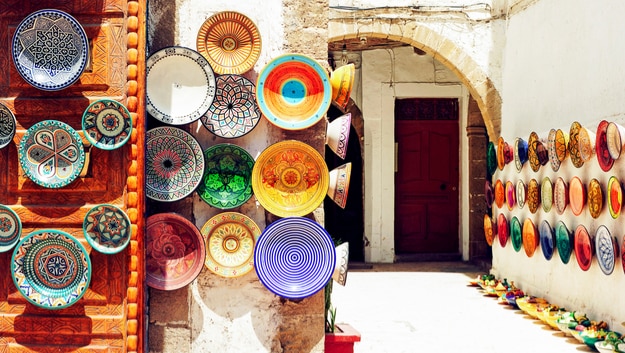 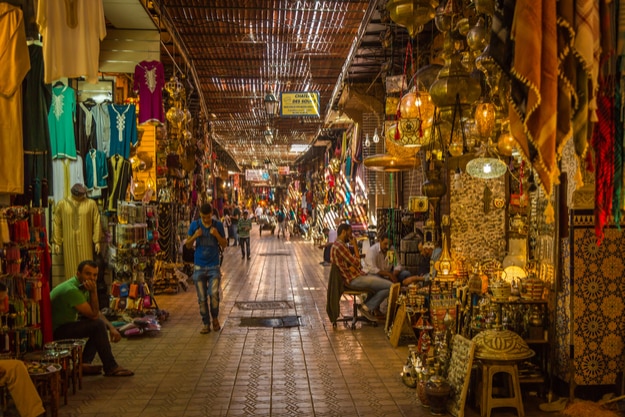 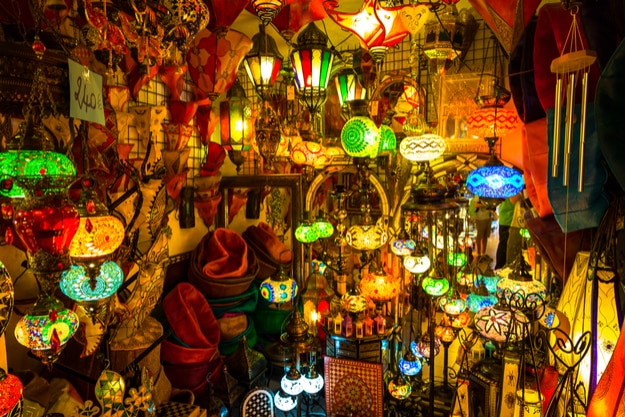 Ait Benhaddou, a fortified city along the former caravan route between Sahara and Marrakesh, situated in Souss Massa Draa on a hill along the Ounila River 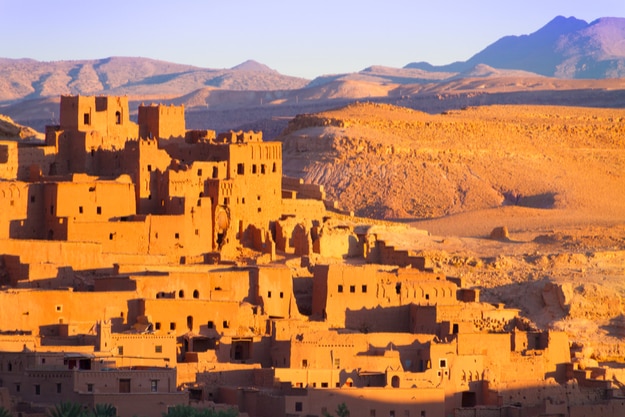 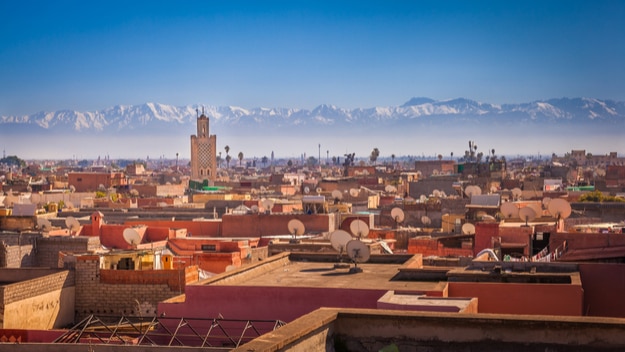 Marrakesh gets the name Red City from the red sandstone walls and buildings within the city, built in the 12th century. It was, for many hundreds of years, the center of trade, culture and religion in sub-Saharan Africa and the Maghreb. Even today, Jemaa el-Fnaa remains the busiest square in the continent. NOW READ: A Photo Tour of Sariska National Park in Rajasthan

Here in this city, you’ll see prime examples of Islamic architecture in its ancient mosques, especially the Koutoubia and Ali ben Youssef Madarsa. And the Miaâra Jewish cemetary and Lazama Synagogue in Marrakesh’s Jewish district show off the more inclusive part of the city. And the place you cannot miss at all is the medina, the city’s network of souqs interconnected by a series of narrow, twisted alleyways. The square of Jemaa el-Fnaa at its center, where you’ll find everyone from musicians to magicians working everyone to a frenzy. And that’s sort of what Marrakesh as a whole does to you as well.