Photos of Meknes, a Vibrant Old City of Middle Atlas

The city of Meknes is more than a 1,000 years old and a perfect stop for those interested in the off-beat.

Around 60 km west and less than an hour away from the much more popular city of Fes in Morocco, Meknes is a city that should figure in the itinerary of a Moroccan adventure, but usually doesn’t. And its offbeat status is part of its charm. The city’s history stretches back more than a century, evidenced by the Roman ruins of Volubilis nearby. With reasonable prices and a warm and welcoming local populace, Meknes has all the ingredients for a quiet and relaxed leg in a Moroccan trip. It has historical sites and natural landscapes, delicious food and a laid-back atmosphere. Here’s a look at the vistas you can expect to see in Meknes. ALSO READ: Photos of Rovinj, a Croatian Coastal City Along the Adriatic Sea Also Read - Morocco Makes Major Progress Under King Mohammed VI's 20-Year Rule

Panoramic view of Meknes, founded in the 11th century by the Almoravids as a military settlement 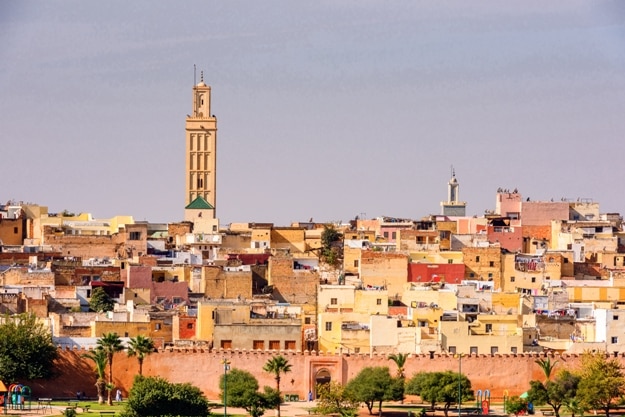 Traffic among old city fortification walls in Meknes, one of the oldest imperial city in Morocco 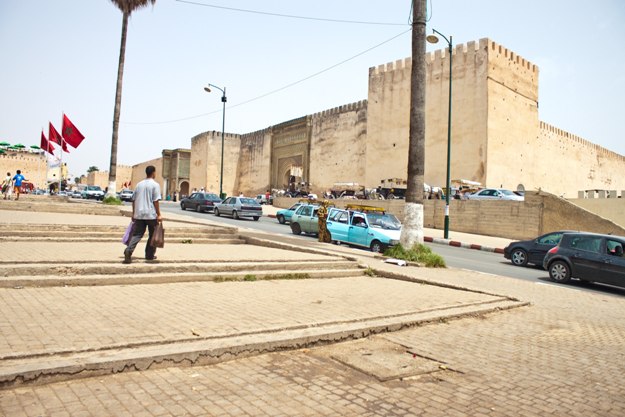 Volubilis near Meknes, a ruined Amazigh, then a Roman city in Morocco and now a UNESCO World Heritage Site 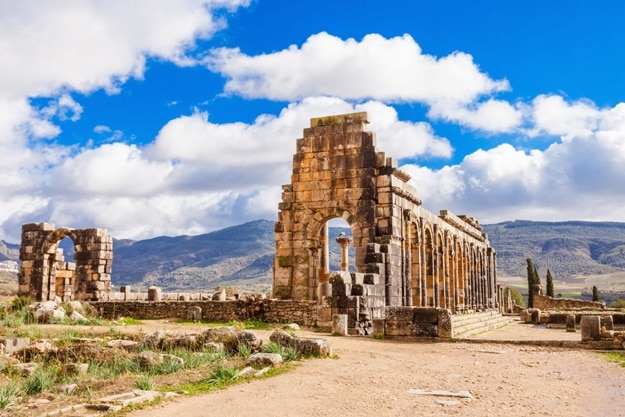 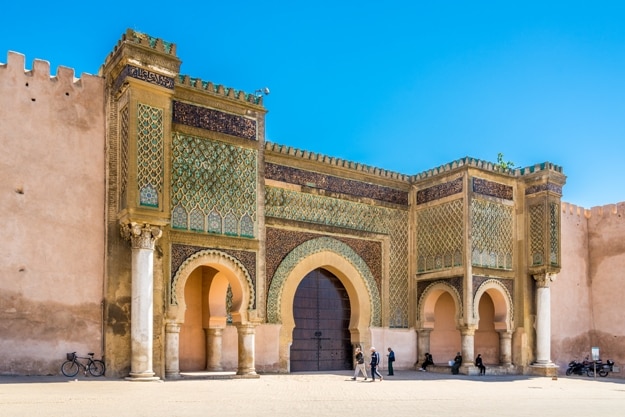 El Hedim Square is a main and biggest square in Meknes, Morocco Unidentified people walking in the street of Meknes 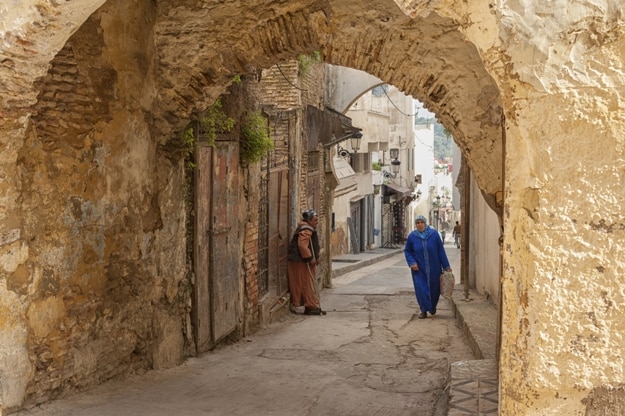 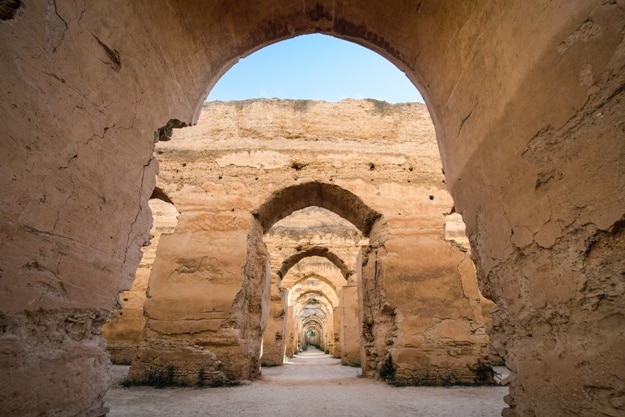 Interior of the Moulay Ismail Mausoleum in Meknes 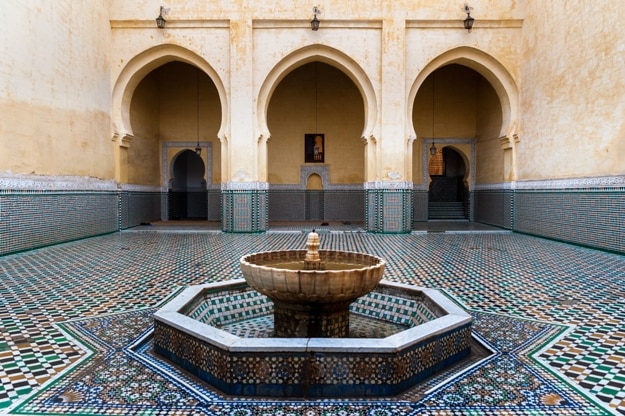 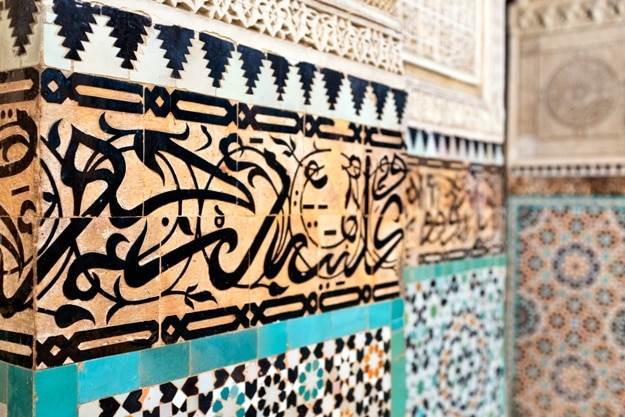 People in a restaurant on a square in Meknes 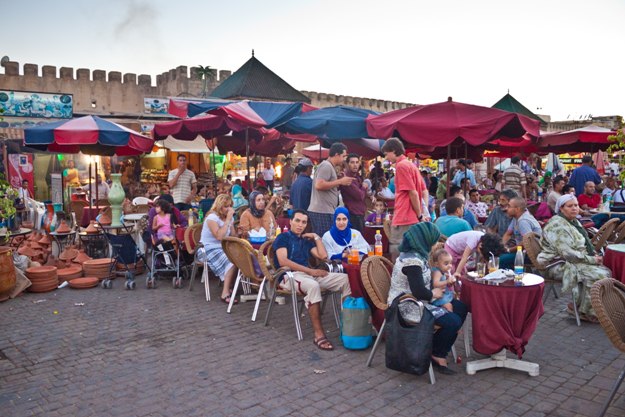 The cityscape of Meknes, with the architecture of the city in display 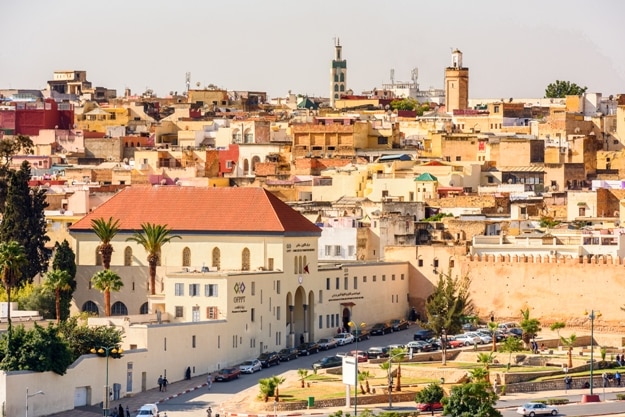 Despite the fact that it doesn’t get as many visitors as its eastern neighbor, Meknes is, at its core, a blue-blooded imperial city. There are grand buildings with intricate and beautiful architecture and ancient medina streets that snake their way through the old city. Meknes was, in fact, once the capital of the Moroccan sultanate. Even today, you’ll find well-preserved remnants of its ancient fortifications and the tomb of the king at the heart of what was once the original imperial city. So if you want to get closer to the rich history of Morocco, do not skip Meknes.