Photos of Petra, an Ancient City ‘Half as Old as Time’

The ancient city of Petra is one of the biggest attractions of Jordan, and for good reason.

Recognized as a UNESCO World Heritage Site in 1985, Petra is a city that was literally carved out of the desert. The ancient Nabataean city lies in the south of Jordan, its grand ruins standing tall despite the ravages of time. This was once the magnificent Nabataean capital, starting from around 6th century BCE. When the Roman Empire took over in 106 AD, it continued to expand the city. Petra flourished for centuries as a center of political power and trade, until a massive earthquake crippled it around 663 AD. Petra was eventually abandoned as Saladin, the first sultan of Syria and Egypt and founder of the Ayyubid dynasty, conquered the Middle East in 1189. ALSO READ: Photos of Rameswaram and Pamban, a Hauntingly Beautiful Island and Underrated DestinationAlso Read - Jordan Eases Entry For International Travellers From These Countries. Check Full List 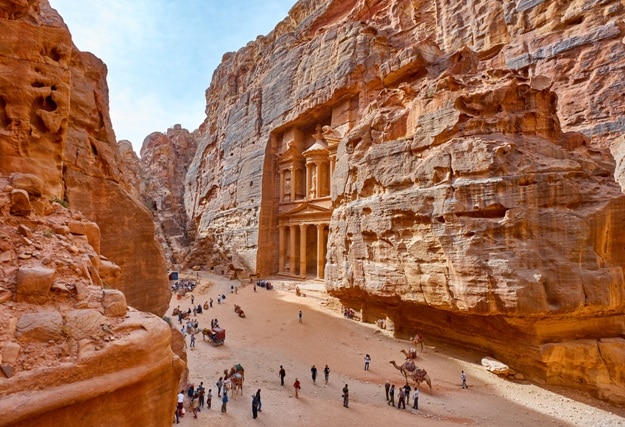 Camels lying in front of El-Khazneh 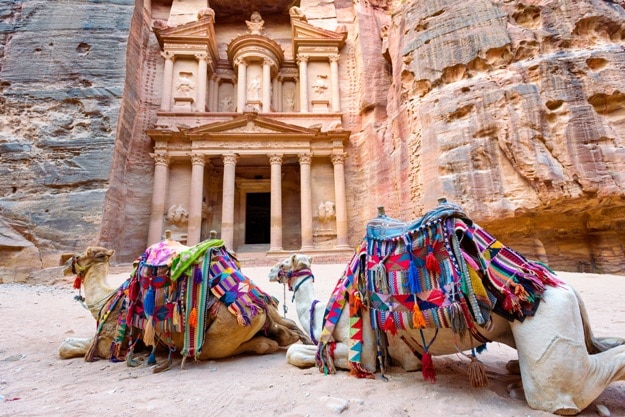 The natural landscape of Petra, Jordan 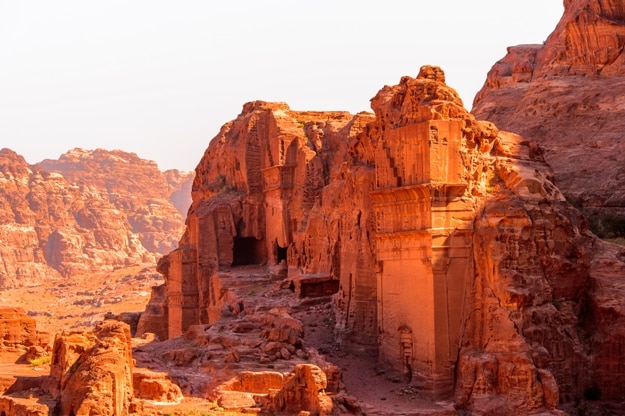 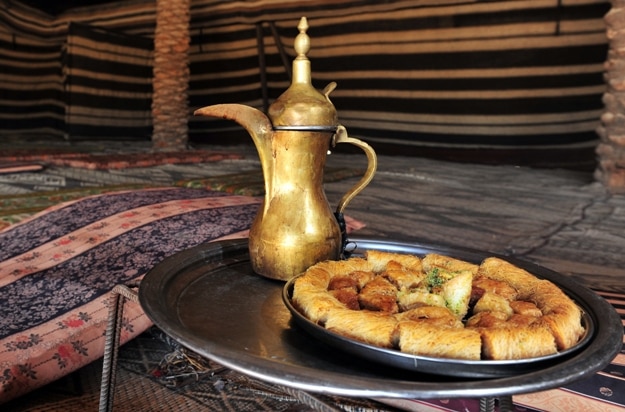 Camping tents along the rocks in Petra, Wadi Rum 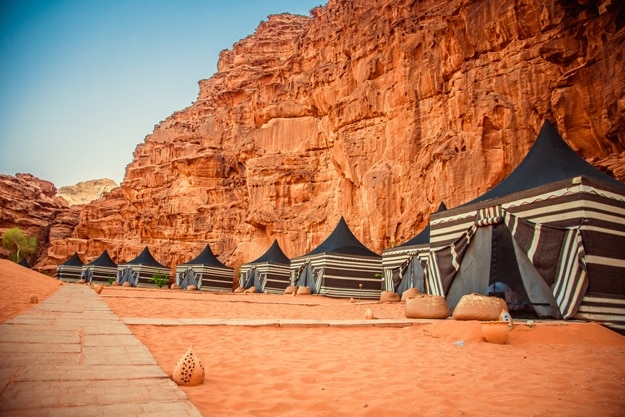 Ruins of a Roman temple in the Nabatean city of Petra 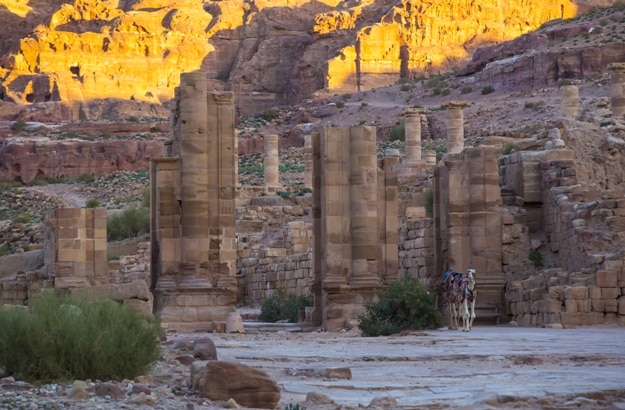 Another view of the ancient abandoned rock city 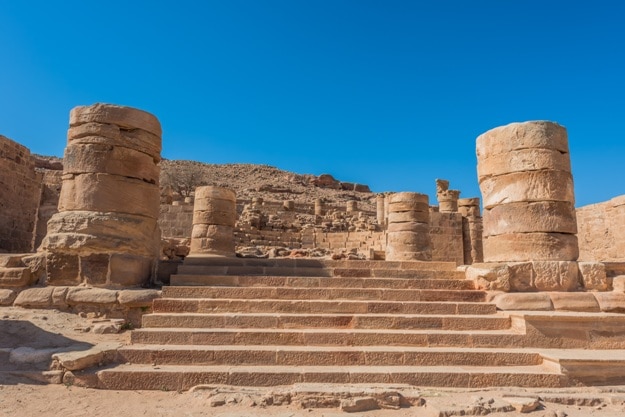 The view of the city at night near Petra in Jordan 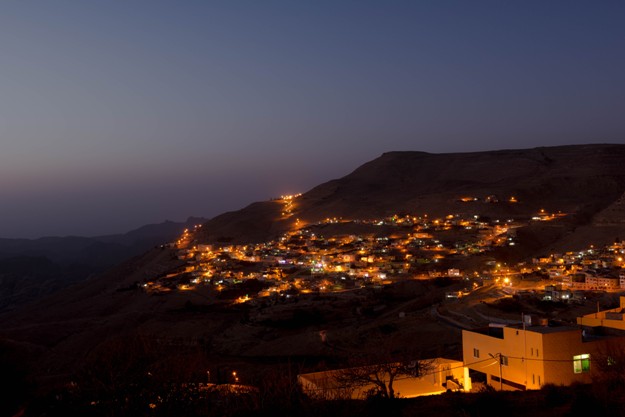 Experience Petra by night; walk from the Siq to the Treasury to see the rock city illuminated by more than 1,500 candles 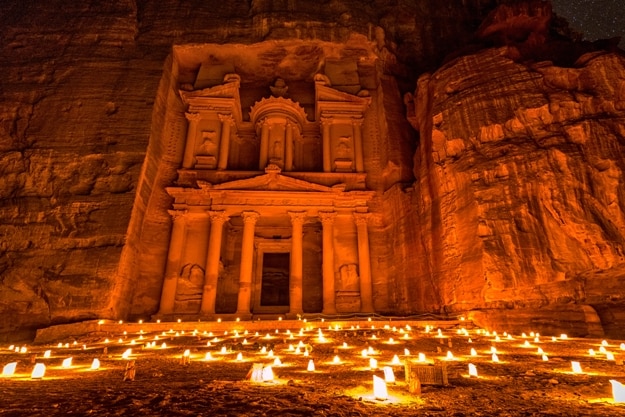 Sights when hiking through Petra’s canyon and mountains 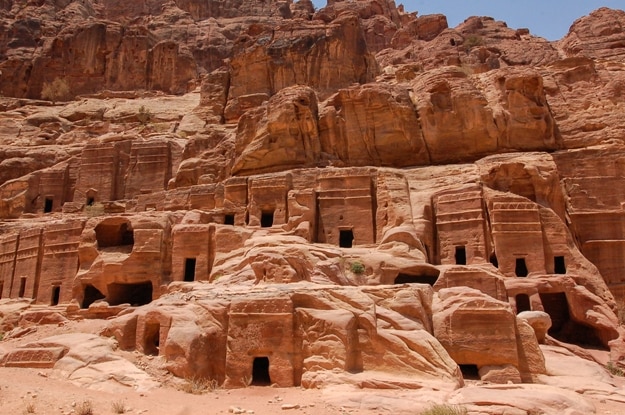 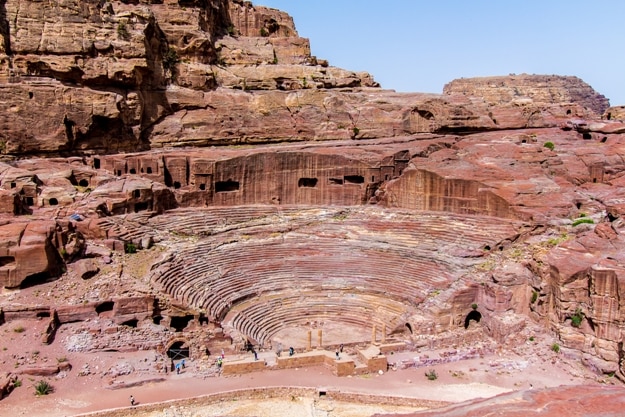 Tourist carriages near the entrance to a famous Petra site 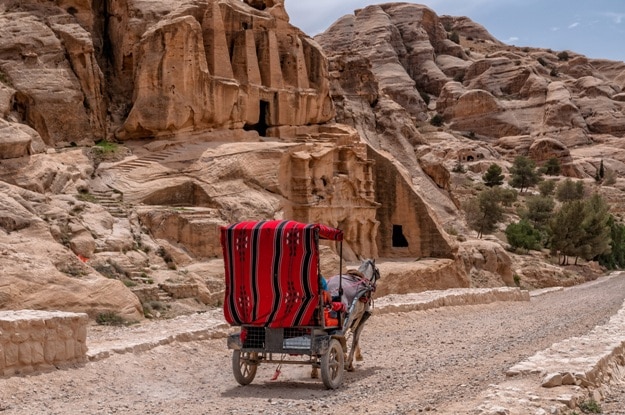 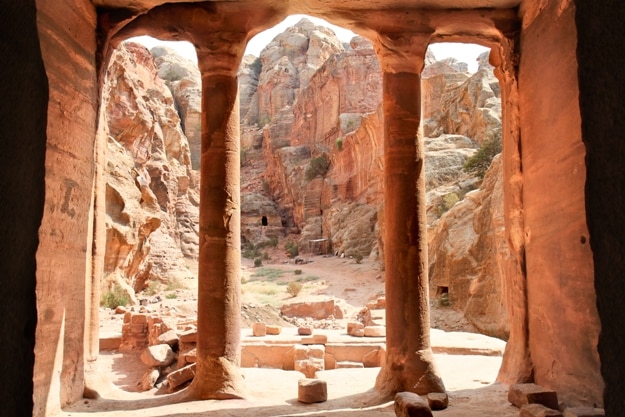 The famous view from the Siq of the entrance of Petra 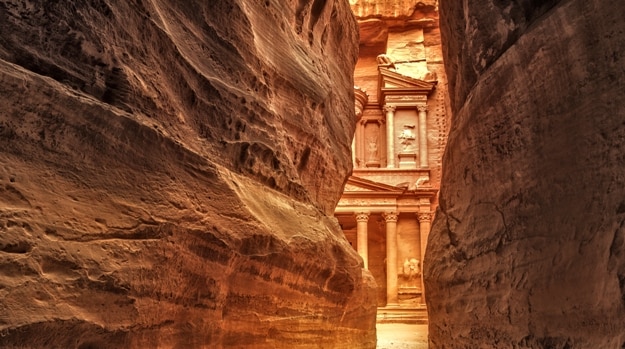 The ruins of Petra would remain hidden until 1812, when Swiss explorer Johann Ludwig Burckhardt infiltrated the city, occupied by the nomadic Bedouins, in the disguise of an Arab scholar. Scottish artist David Roberts would immortalize the city in his detailed illustrations in 1839. Since the early 20th century, Petra has grown as a tourist attraction, becoming one of the New Seven Wonders of the World back in 2007. Even today, despite the conflicts present in the Middle East, Petra attracts many visitors smitten by the magnificence of its ruins.