Photos of Positano, a Beautiful Village by the Italian Amalfi Coast

The Amalfi Coast is drenched in beauty, but no other village more so than Positano.

Small but infinitely beautiful, the town of Positano is one of the better known destinations along Italy’s Amalfi Coast, which in itself has been called an ‘outstanding example of the Mediterranean landscape’ by UNESCO. Thousands flock to the coastal town every year, and you will find travelers on its streets every day of the year. But the best time to visit this place would be in the spring. Here are some pictures of the picturesque Amalfi town. ALSO READ: Louvre Displays Nazi-Looted Works of Art for First Time Since 1945 Also Read - Viral Video: Family Picnic Turns Sour as 12-Year-Old Boy Comes Out of Woods Followed by Bear, Here's What Happened Next

Tourist resorts and hotels along the tranquil blue waters of Positano 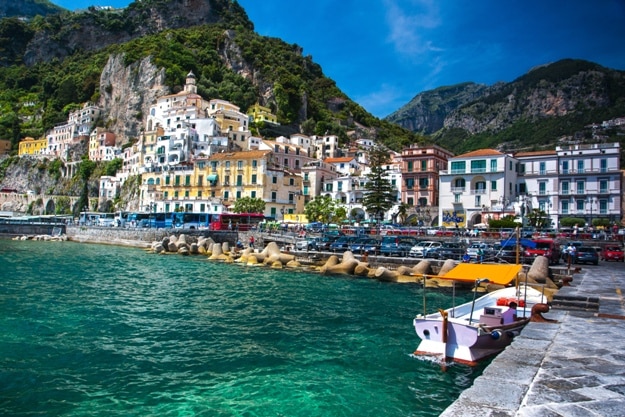 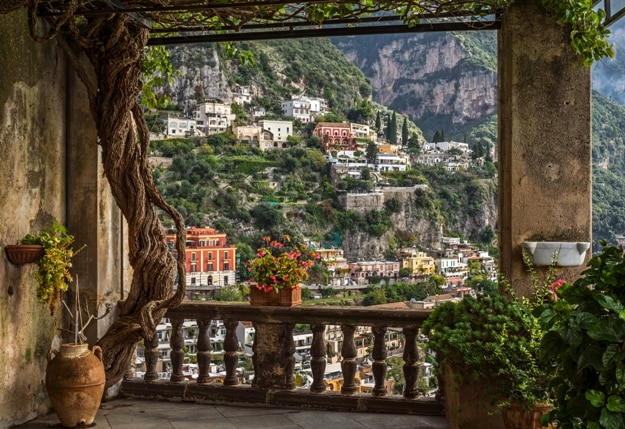 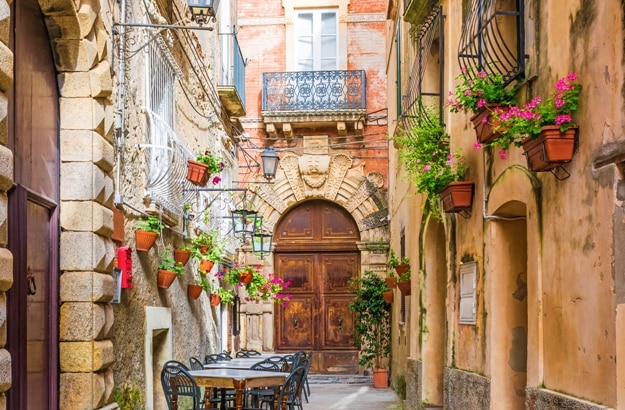 Fast boat on blue sea off the coast of Positano in Campania, southern Italy 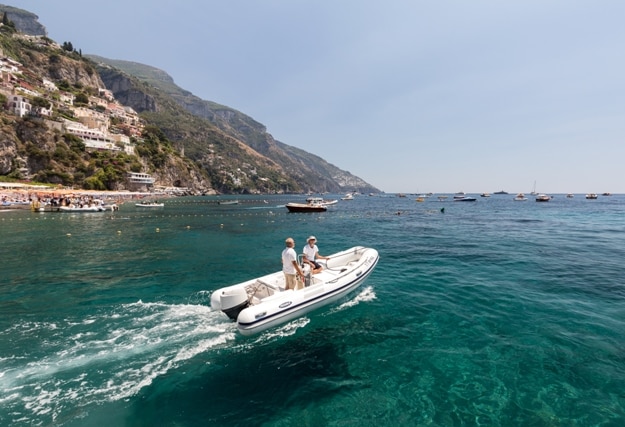 The main beach in Positano, Spiaggia Grande, with its bright orange and blue beach umbrellas and the sparkling blue sea 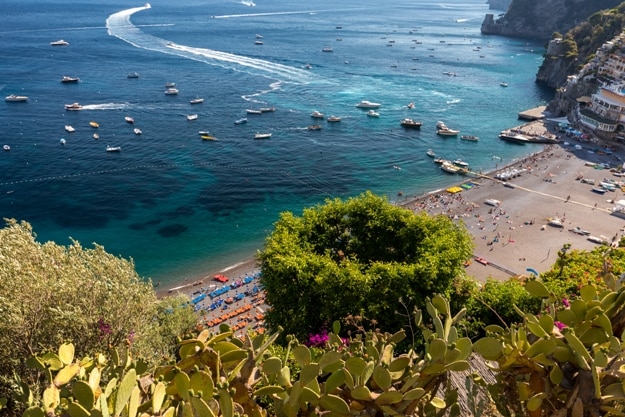 A closer view of the beach with umbrellas and Tyrrhenian sea 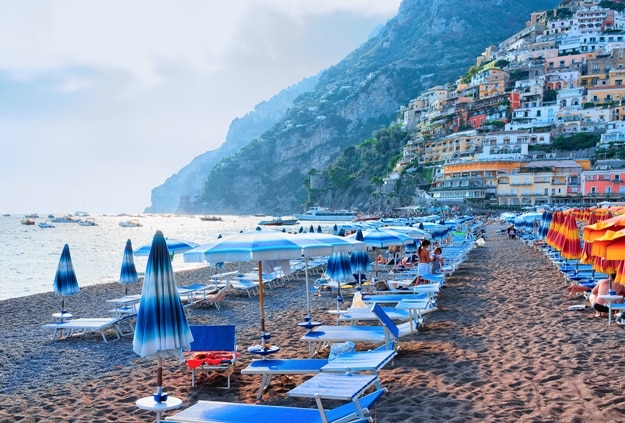 Tourists relaxing on the beach in Positano, its hills and old village towering in the background 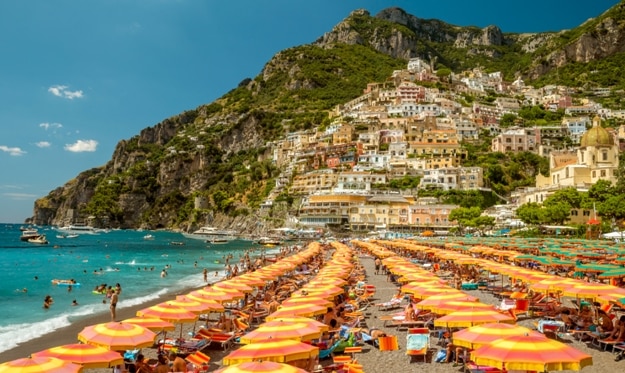 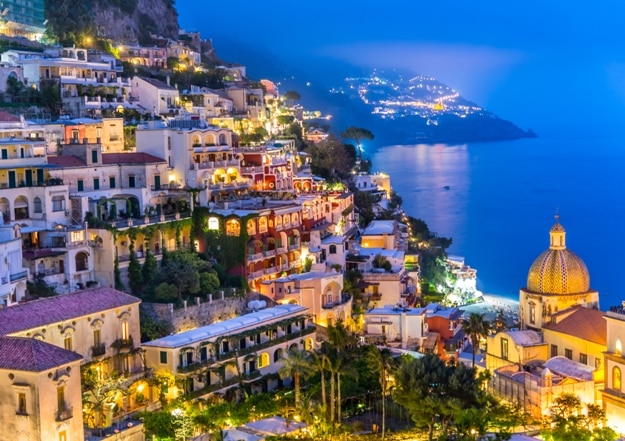 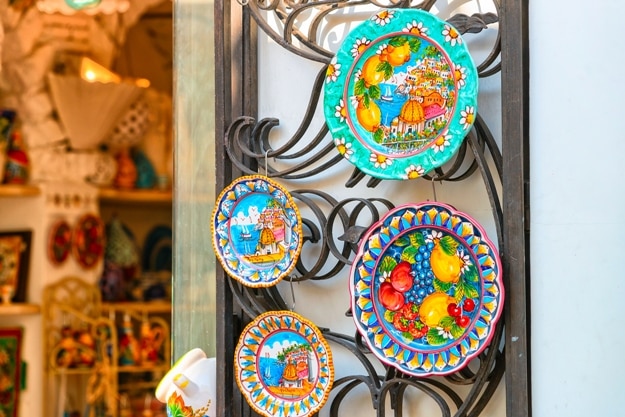 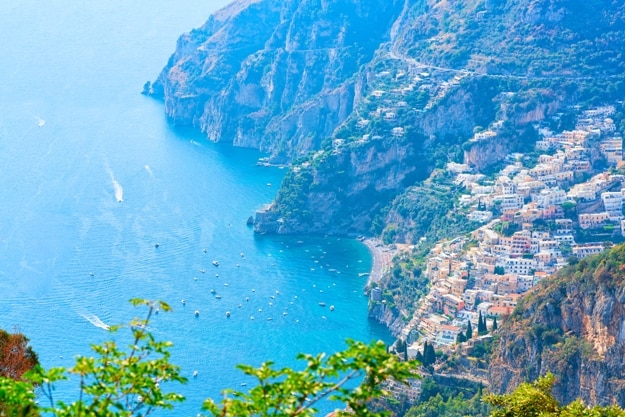 What is now a thriving beach town with quaint and colorful homes sloping down the mountain to meet the sea, was once a port. Its port days date back to the medeival Amalfi Republic, prospering in the 16th and 17th centuries. But the town’s economy dropped in the mid-19th century, with most of its people emigrating to America. It was only in the 1950s that the town began to see more travelers, especially after a flattering piece in Harper’s Bazaar in 1953 by John Steinbeck. NOW READ: Researchers Discover a New Language in Malay Peninsula

Today, Positano offers the best views and scenes of the natural and cultural beauty of the Amalfi coast. Its homes of terracotta and pink and peach appear to race down, one after another, to meet the tranquil blue sea below. Connecting them are winding and steep steps and streets. And flanking the old streets are modern retailers and restaurants and hotels, ready to entertain the travelers who make their way to Positano.