Photos of Quito, a Capital City on the Foothills of the Mighty Andes

The capital city of Ecuador is also, at 2,800 meters above sea level, the highest capital in the world.

Located on the foothills of the mighty Andes Mountains of Ecuador, the national capital of Quito holds the distinction of being the highest capital city in the world. The active Pichincha volcano looms over the city, built over the fertile Guayllabamba river basin and home to over two million people. But the city rests easy, its culture a naturally brewed mix of different parts of Ecuador. For those looking to explore this beautiful country, there is no better place to start than Quito. ALSO READ: Top 10 Cheapest Holiday Destinations in 2018 Revealed in New Study  Also Read - Endangered Green Sea Turtles Grab Eyeballs For Hatching Eggs on Galapagos Islands 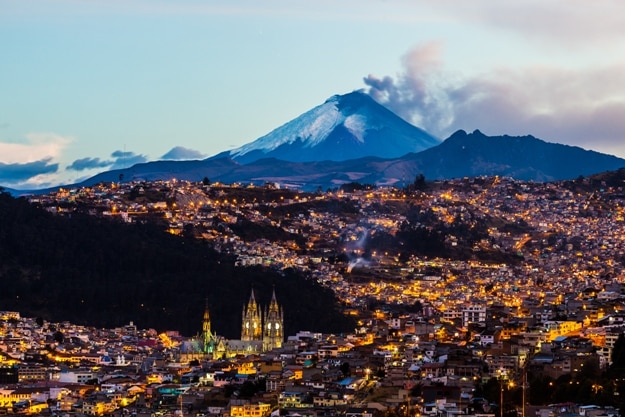 Also Read - Ecuador Woman, Pronounced Dead Due to COVID-19, Comes 'Back to Life': The Tale of Hospital Mix-up 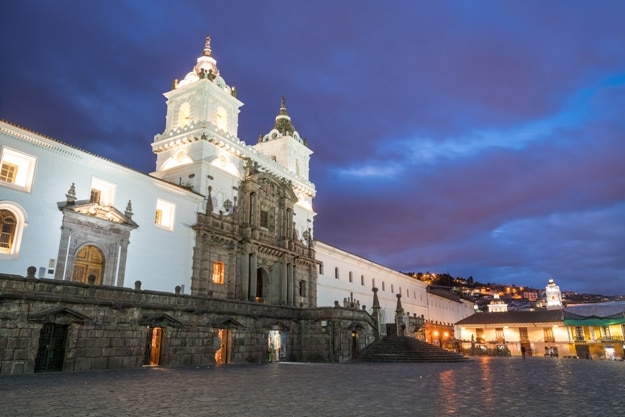 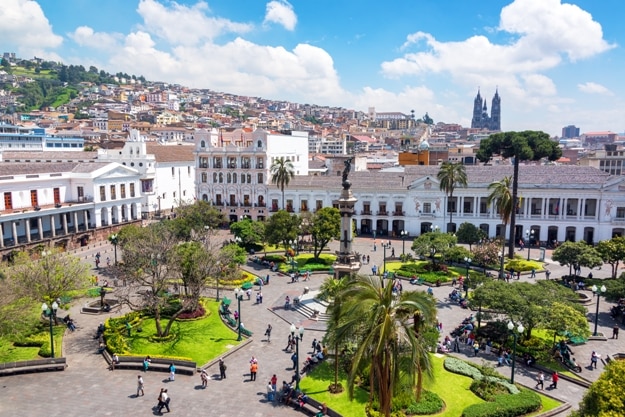 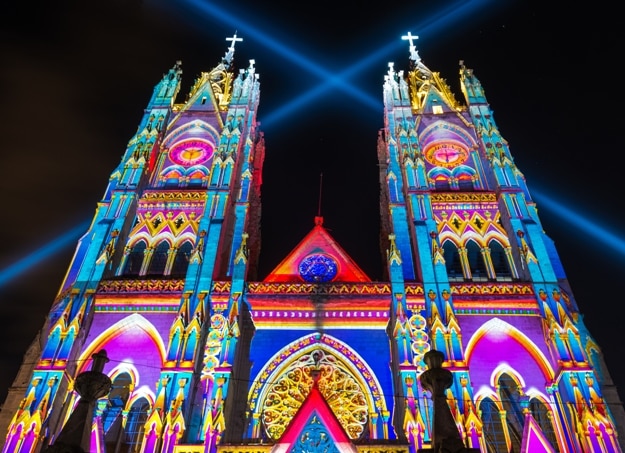 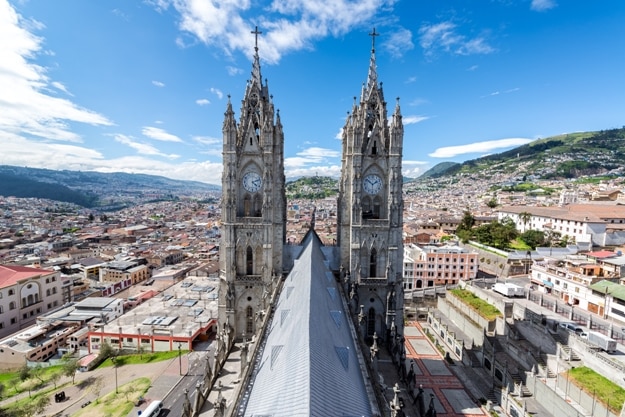 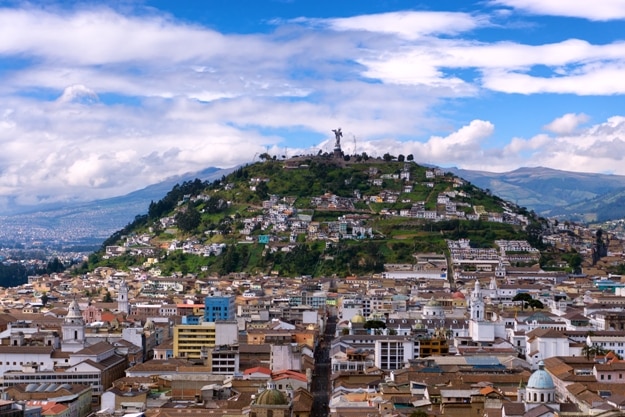 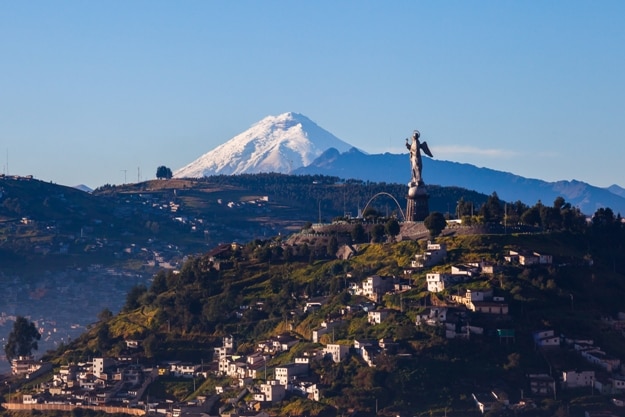 Interior of the Church and Convent of Saint Francis in Quito 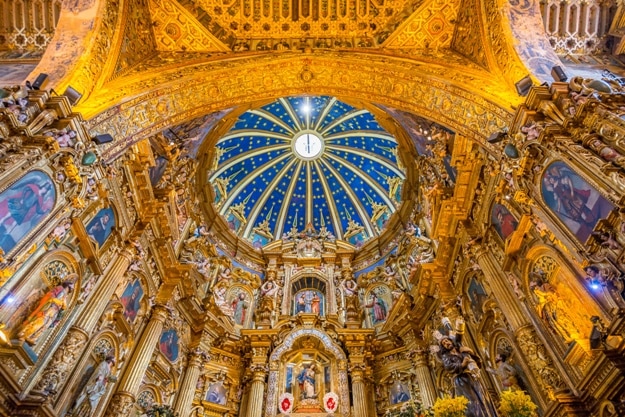 Mitad Del Mundo (Middle of the World) Monument near the city 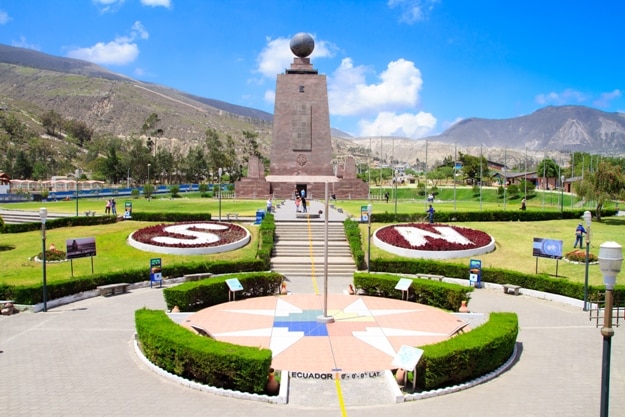 The city of Quito, illuminated by night 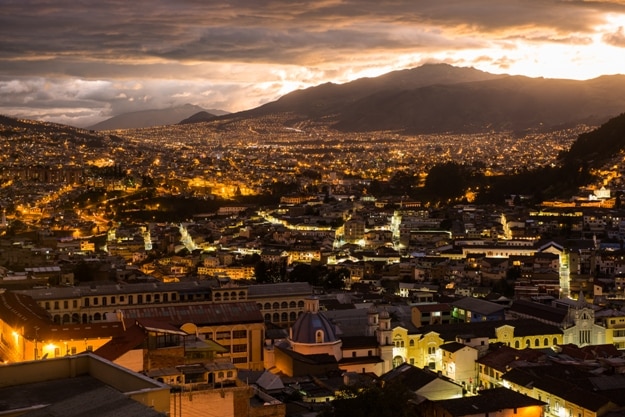 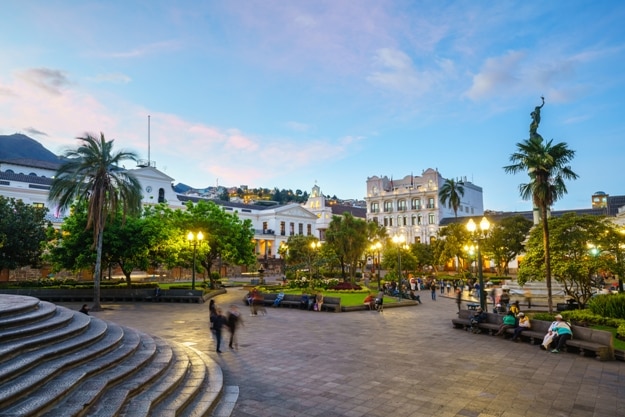 Calle La Ronda, a typical colonial street in the historic district of Quito 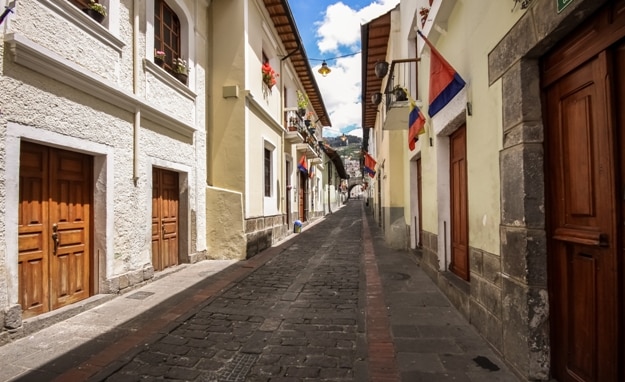 The city’s historic center remains largely unaltered over the centuries, one of the best preserved windows into the history of American civilization. In fact, Quito and Kraków were the first ever UNESCO World Heritage Sites, declared back in 1978. Another big attraction: the equatorial line that passes just around 25 km north of Quito’s central square. The country’s name itself is Spanish for equator. Quito today is a tightly squeezed together blend of the modern, with sharply designed apartment buildings and homes and busy streets lined with traffic and shops, as well as the relaxed life of the old town and its monuments and ruins and market stands.