Photos of Rameswaram and Pamban, a Hauntingly Beautiful Island and Underrated Destination

Pamban Island lies just off the southern coast of Tamil Nadu, and it has a rich history to explore.

Located around 2 km from the southern coast of Tamil Nadu, Pamban or Rameswaram is a needle-like island that stretches outwards across the Palk Strait that separates India from Sri Lanka. From the southernmost tip of this island, Dhanushkodi Point, Sri Lanka is just around 30 km away, separated by the Gulf of Mannar marine national park and Adam’s Bridge. The island has a rich history. It is the setting of a crucial moment in the mythological epic Ramayana; this is where the god-king Ram got his army of monkeys to build a bridge to Lanka, with the blessings of the sea god. As such, Rameswaram town is a central pilgrimage site for those who worship Ram. Here is a look at some photos that capture the haunting beauty of this island. ALSO READ: Padmaavats Chittorgarh; Photos of Chittorgarh Fort Immortalized in an Epic Tale Also Read - 2 People Arrested After They Were Caught Killing Crows & Selling Their Meat to Chicken Stalls 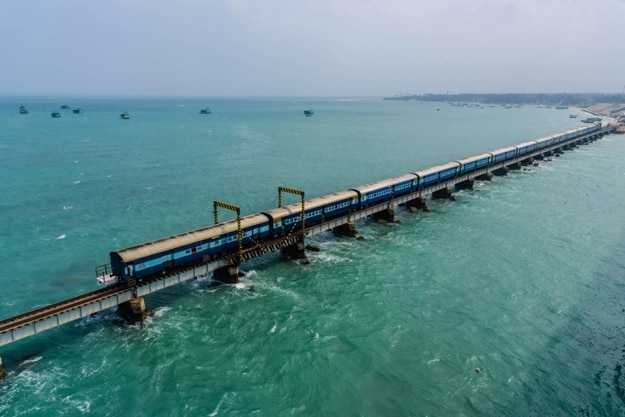 Also Read - Chennai-Madurai Tejas Express to be Flagged Off by PM Narendra Modi: All You Need to Know

A view of Pamban Rail Bridge during sunrise 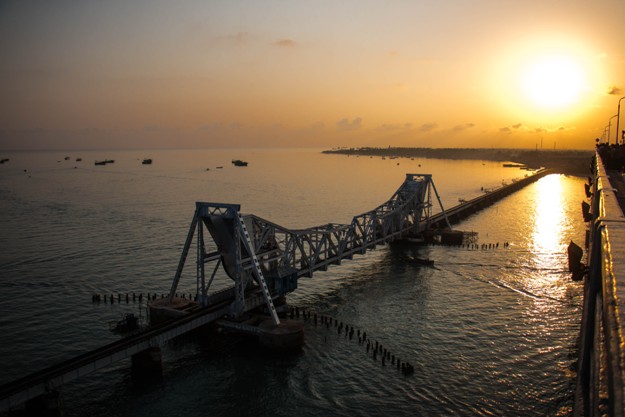 Also Read - TN govt to set up college in Rameswaram, named after Kalam

Fishing boats moored by the coast of Rameswaram on Pamban Island 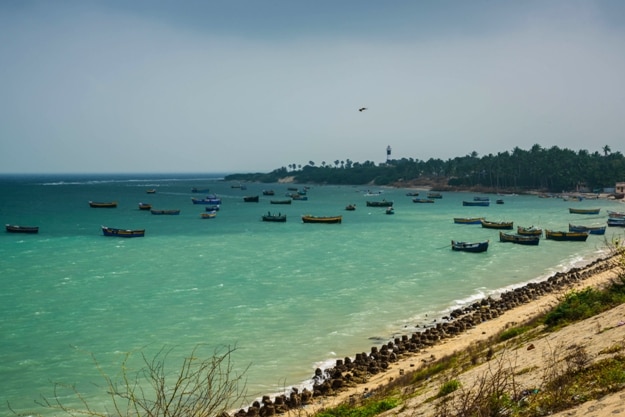 Ramanathaswamy temple and the Rameswaram Beach Gate, as seen from the Arabian Sea 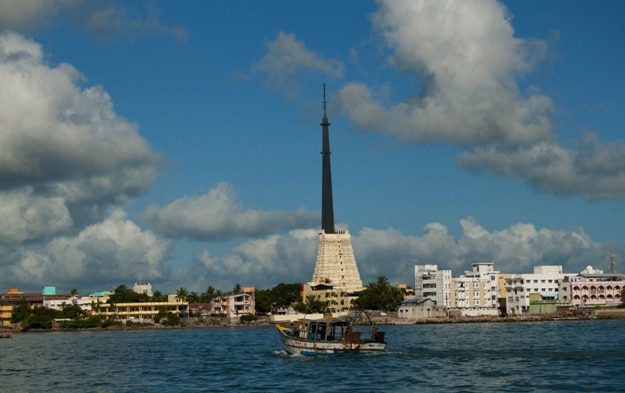 Pamban beach on the island, with fishing boats on the tranquil waters 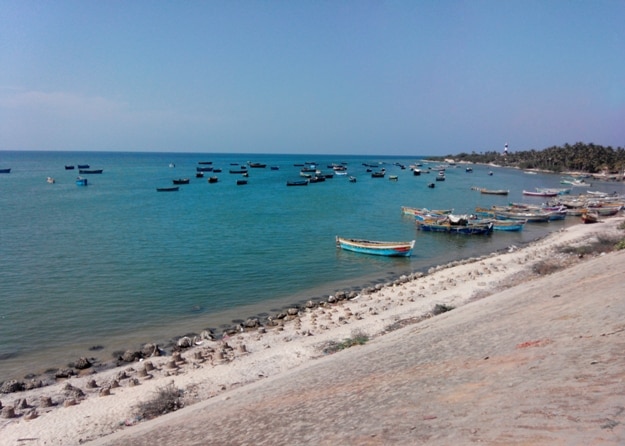 Local fishermen in their wooden boats in Ramesawaram 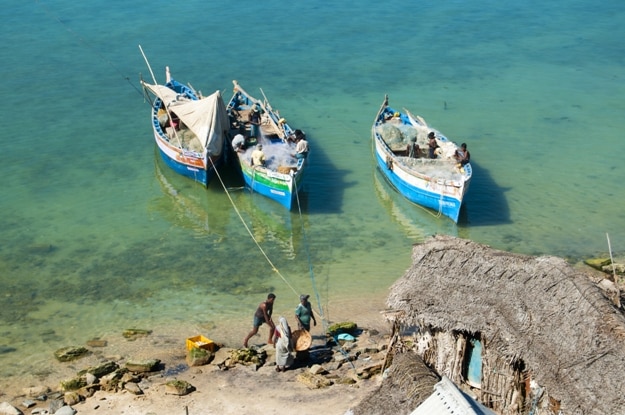 Buffalo-drawn wagons back home for the evening 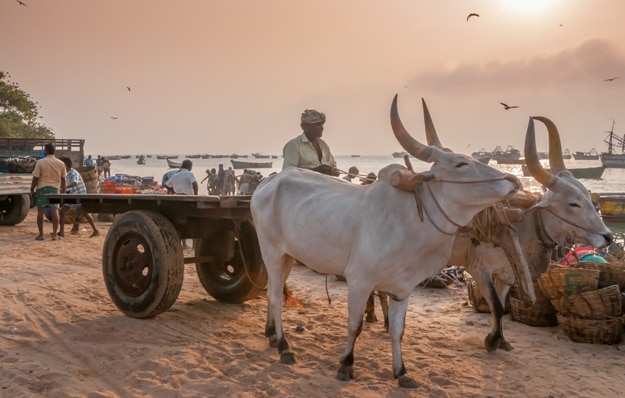 Talaimannar pier on the northwestern coast of Mannar Island 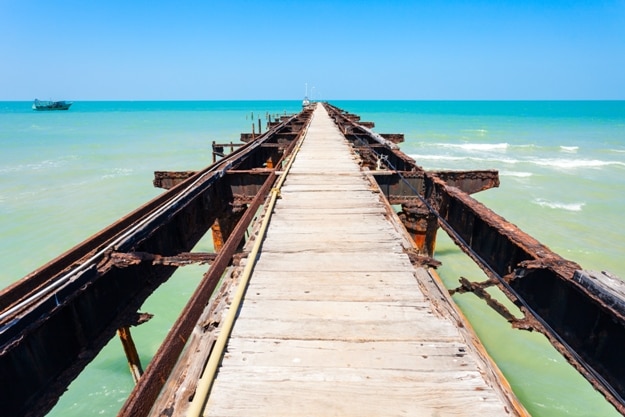 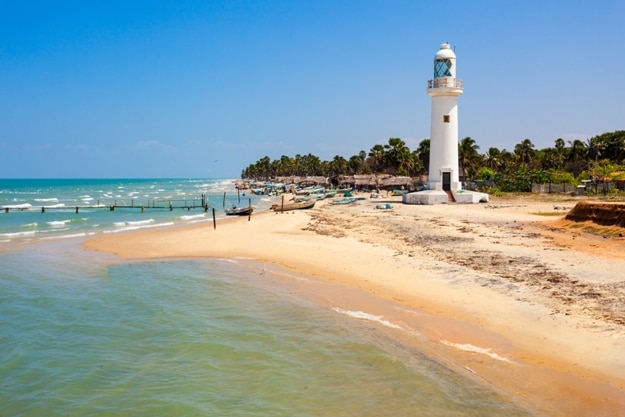 An abandoned church in Dhanushkodi 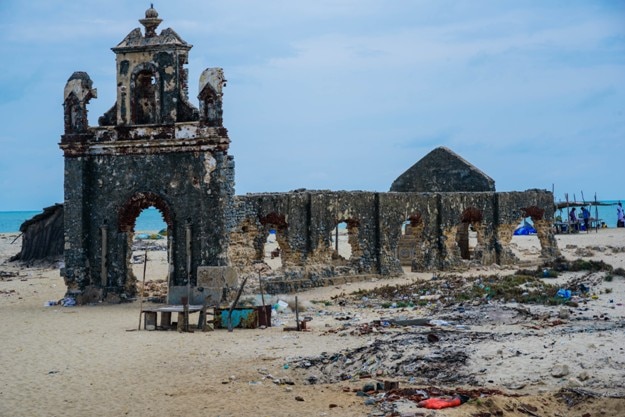 Ruins of the small village of Dhanushkodi. An estimated 1,800 people died in a cyclonic storm, and the town has remained abandoned since then 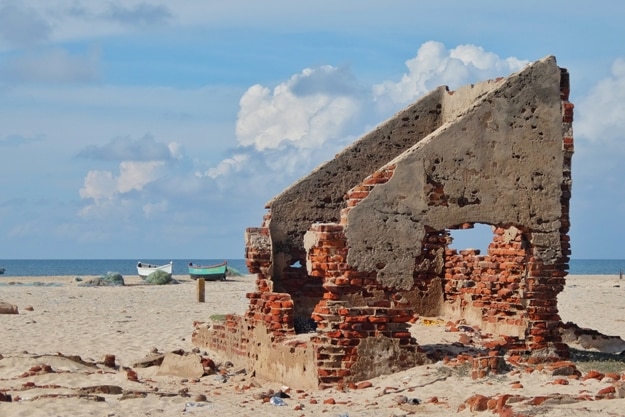 Pamban Island’s appeal lies in the fact that it almost seems displaced between two countries. The Ramanathaswamy Temple in this island’s central town is a major draw for those who follow the tales of the Ramayana. The temple is dedicated to the god Shiva, with the presiding ‘lingam’ of Shiva said to have been established by Ram himself. After emerging victorious in a bloody war against Lanka’s king Ravana, this is where Ram prayed to Shiva to absolve his sins. Beyond the pilgrimage sites, Pamban island is a fishing town, and its eastern tip holds the ruins of Dhanushkodi, a town swallowed by a cyclone many decades ago and deserted since then.