Ranthambore is one of the biggest success stories for the Project Tiger conservation program.

In 1973, the Indian government launched Project Tiger, an ambitious conservation program aimed at protected the population and habitats of the Bengal tiger. The Sawai Madhopur Game Sanctuary in Rajasthan, established back in 1955, was declared one of the Project Tiger Reserves. Seven years later, it became Ranthambhore National Park. And now, 45 years after the launch of Project Tiger, it is one of the most successful implementations of the program. Ranthambore is today one of the best places to spot the majestic large cat in its natural habitat, wild and unhindered and free to roam the lands. That alone is a good reason to visit the park. Have you visited Ranthambore National Park? You should! Also Read - Watch | Tigress Chases a Tourist Vehicle in Ranthambore National Park, Video Goes Viral

A tiger on the prowl in Ranthambore National Park 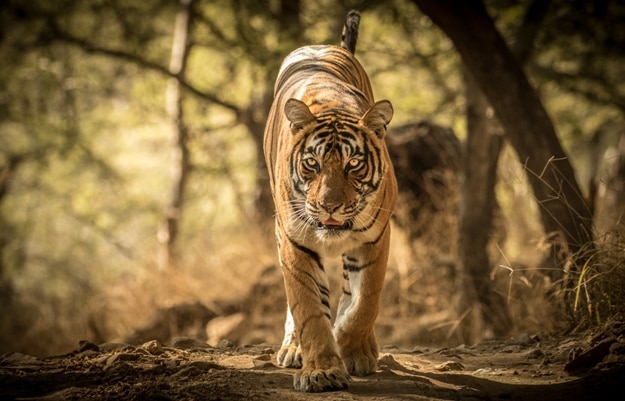 Singh Dwar, the entry point of all the zones in Ranthambore park 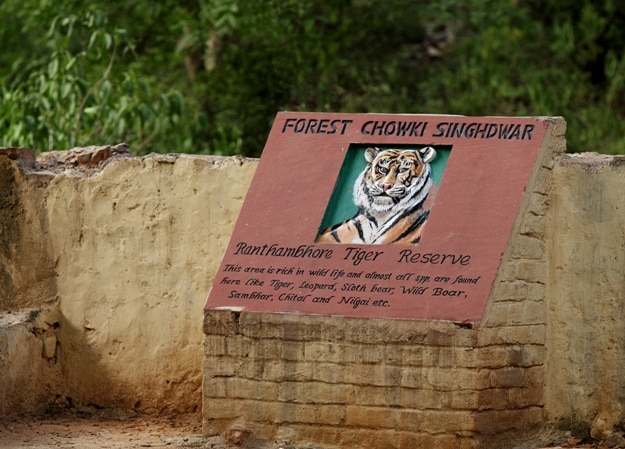 A cliff and the dense jungle that surrounds it at Ranthambhore 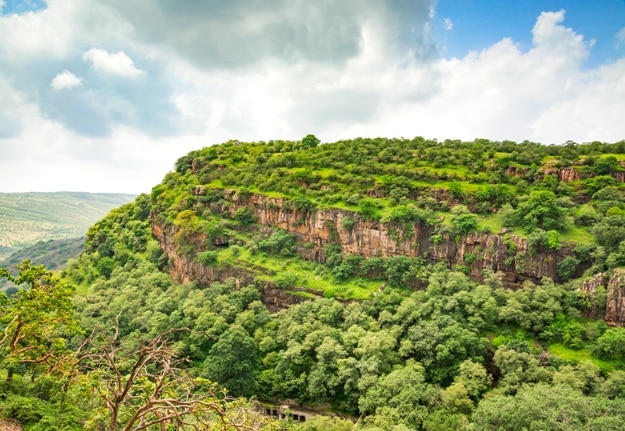 Padma lake and its surrounding forest, another example of the wild landscape of Ranthambhore 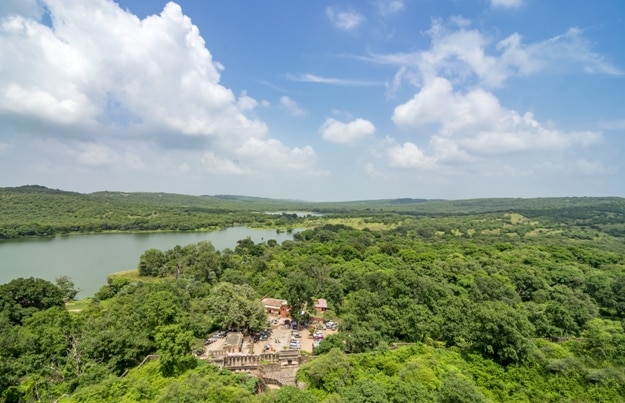 A Bengal tiger sips at a waterhole in the reserve 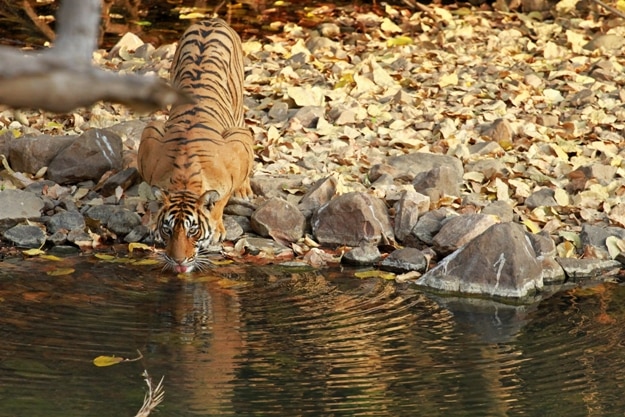 Axis deer cautiously take a dip at a waterhole 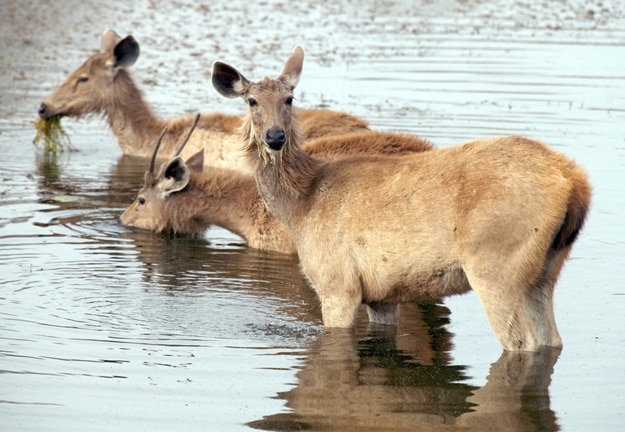 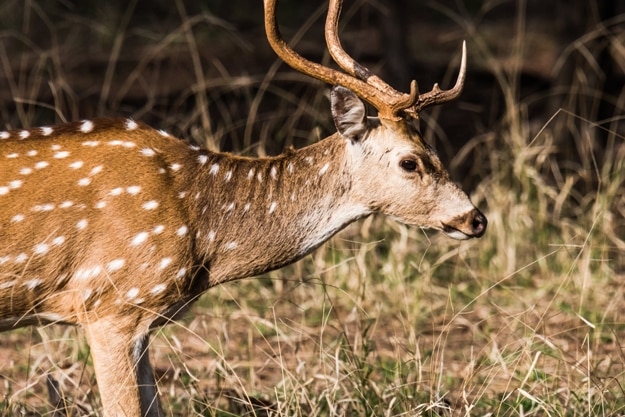 Hills towering in the distance at Ranthambore National Park 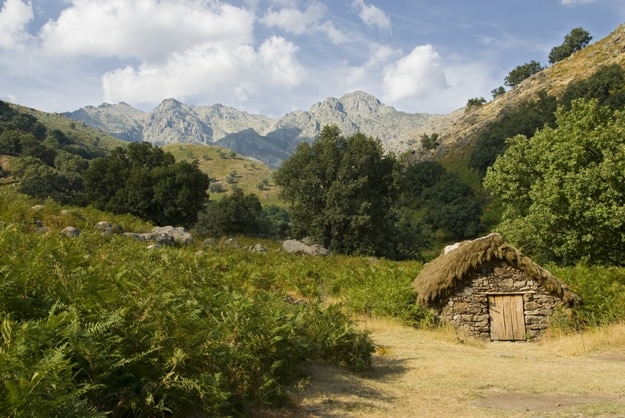 A peacock, his plumage fully grown, perched atop a tree in Ranthambore 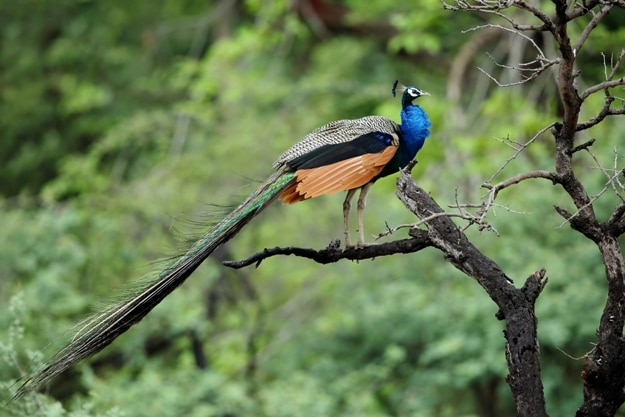 Ranthambore Fort in the backdrop of a red lake in Rajasthan 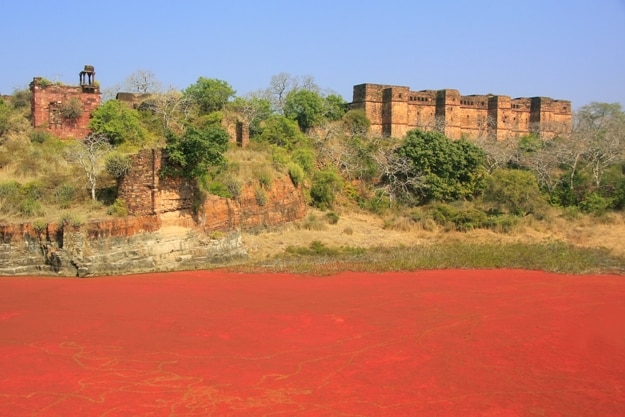 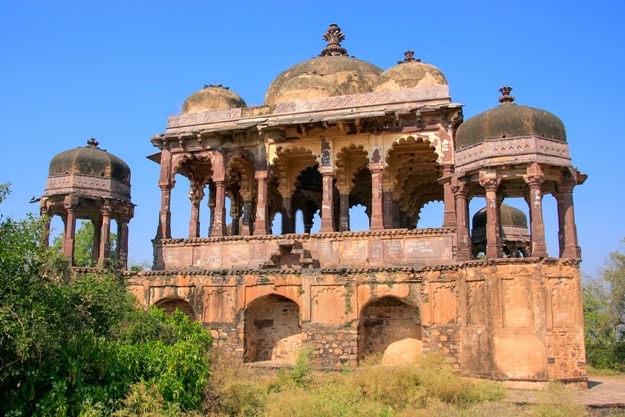 Ranthambhore National Park makes for a fascinating visit, even beyond the chance to spot the majestic tiger. Its dry barren lands, dense forests, historic forts and colorful atmosphere invite all kinds of travelers. Animals like leopards, black bucks, mongoose, and sloth bears call this vast forest reserve their home. And so do snub-nosed marsh crocodiles, desert monitor lizards, pythons and cobras. Bird lovers will find flamingos, nightjars, gray hornbills and flycatchers among the avian residents here, of which there are 272 documented species so far.