Jordan's therapeutic Dead Sea and ancient historic ruins draw in a majority of tourists, but Wadi Rum is the place to be for trekkers and climbers.

When you think of Jordan, you probably imagine the intricate carved stone buildings of Petra, the souks and historic sites and the nightlife of Amman, or the dark healing mud of the Dead Sea. And these sights and activities are what draw most of the tourists and travelers to this Middle East oasis, surrounded by Israel, Saudi Arabia, Iraq and Syria. It is a sanctuary in the middle of a region of intense conflict and political volatility, a retreat nestled in the eastern Mediterranean side of the Fertile Crescent, a region that has seen the development of great civilizations. ALSO READ: Photos of Thessaloniki That Will Make You Fall in Love with It Also Read - Amitabh Bachchan Shares Fake WhatsApp Image of India on World Map, Gets Trolled 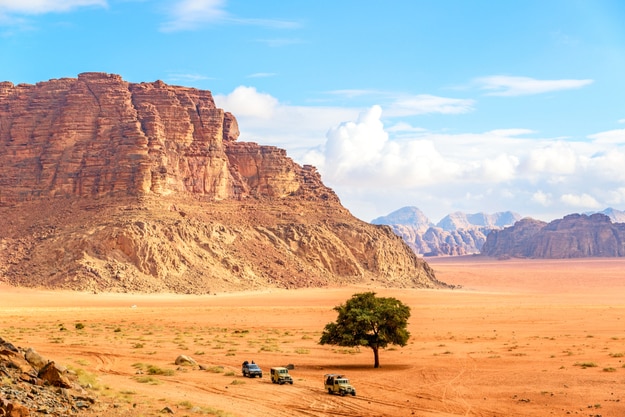 A view of the sandstone mountains in Wadi Rum 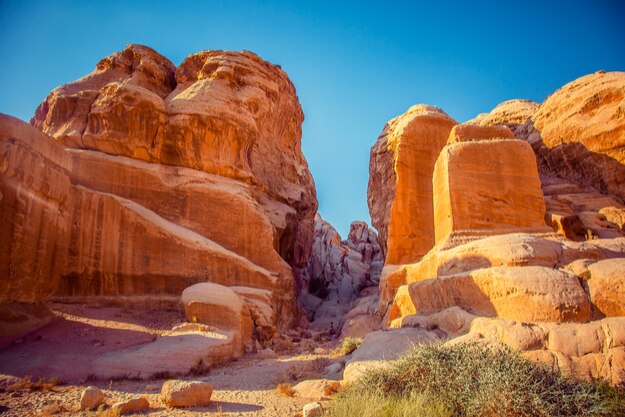 The sand dunes of Wadi Rum, also known as the Valley of the Moon 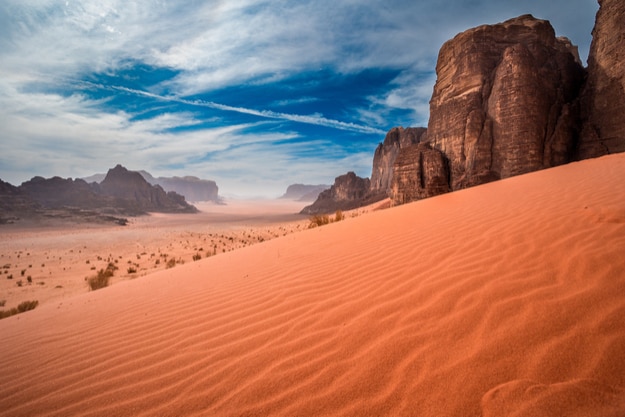 Girl sand boarding on the dunes in Wadi Rum 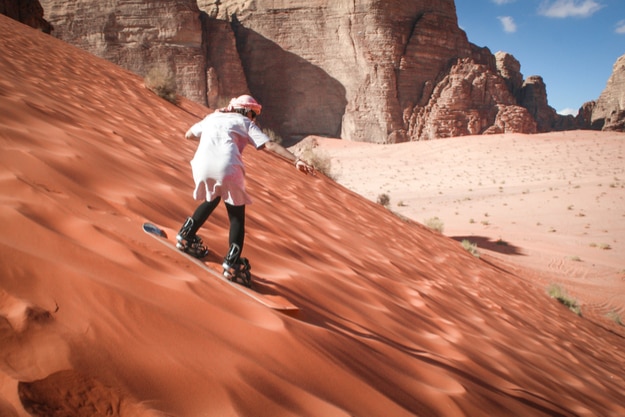 Camping at the campsites along the rocks in Petra, Wadi Rum 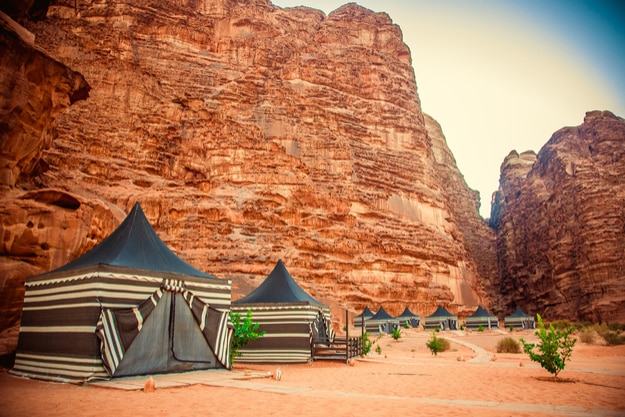 You can also go on a camel trip in the desert 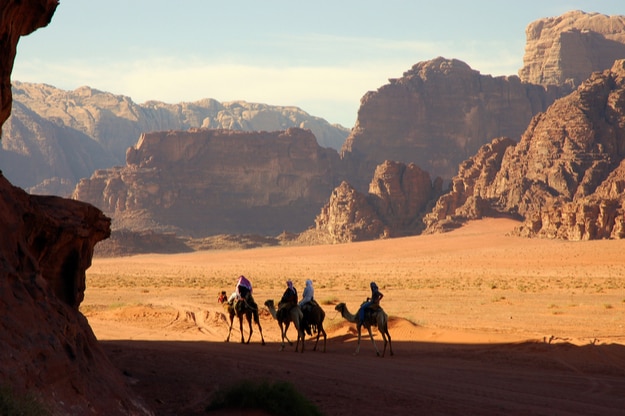 Burdah Rock Bridge in Wadi Rum, one of the highest arches in the world at the end of a challenging trek 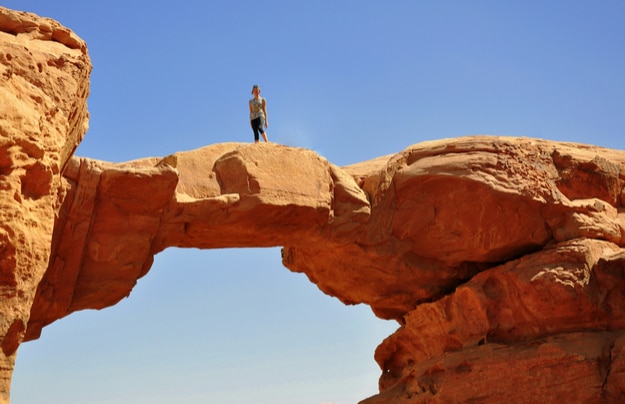 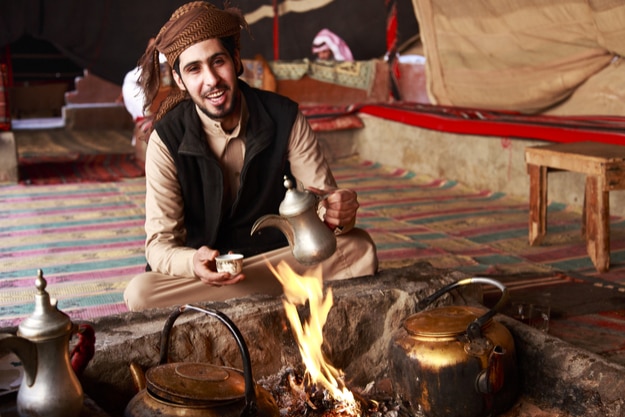 Barrah Siq, a Bedouin Camp in the Wadi Rum Valley 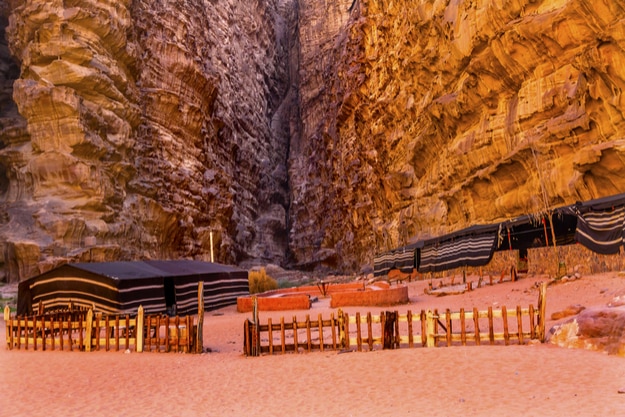 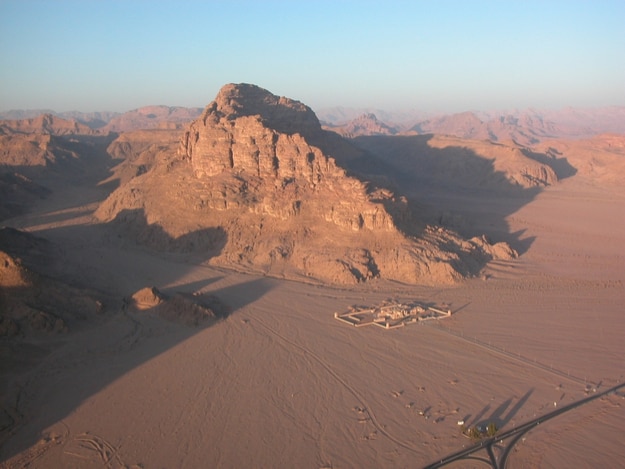 The sun sets on the desert of Wadi Rum, a UNESCO World Heritage Site 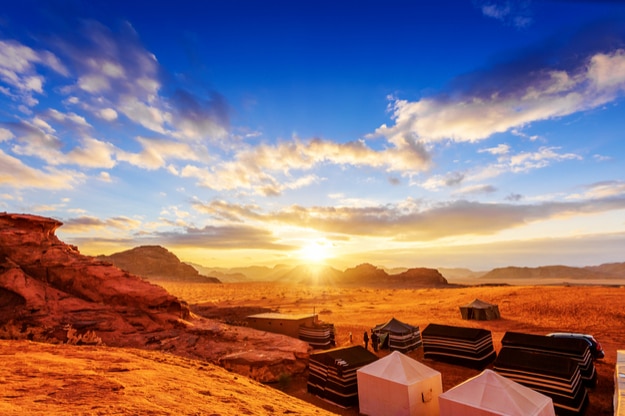 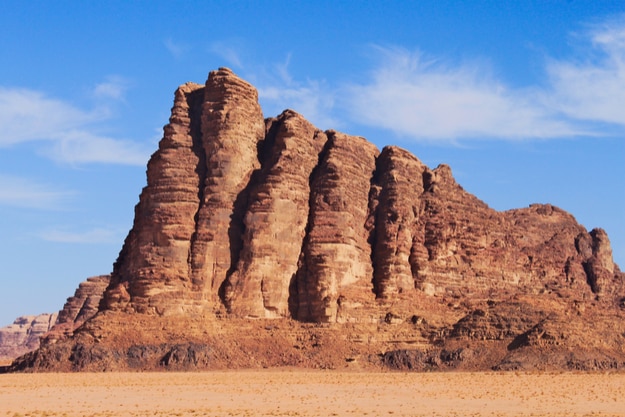 The Little Rock Bridge, an easy to climb rock formation 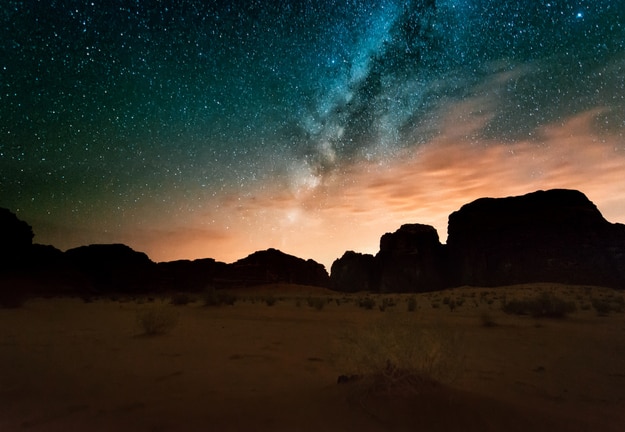 But away in the southern end of this country, near its border with Syria, there are the towering walls of Wadi Rum. The sandstone walls rise up to more than 1,000 feet, amidst a seemingly endless Arabian desert. The summers are hot and the winters are cold, and the nothing about this region is forgiving, especially not the canyons or ‘siqs’, chiseled out gradually by nature. NOW READ: Photos of Seville That Show the Beauty of This Incredible City

These canyons and rock walls are perfect for trekkers and climbers seeking adventure, and a view of the Jordan desert below and the canyons around that sears into your memory like the blazing hot Arabian sun. Even if you are not planning to journey up to the top, a full day trip to Wadi Rum from Petra or Aqaba will give you unforgettable glimpses of the desert safely.