Planning a Trip to South India? Here Are 15 Best Places to Visit

Why should North India have all the fun? 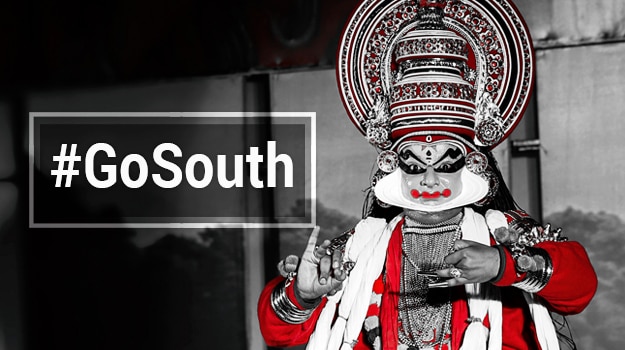 The very distinct culture of south India sets it apart from the rest of the country. From stunning temples to breathtaking beaches and quaint hill stations, India’s south Indian states perhaps receive much less attention than they deserve. And so, as the year draws to a close, we list out 15 best places to visit in south India. Been to all? 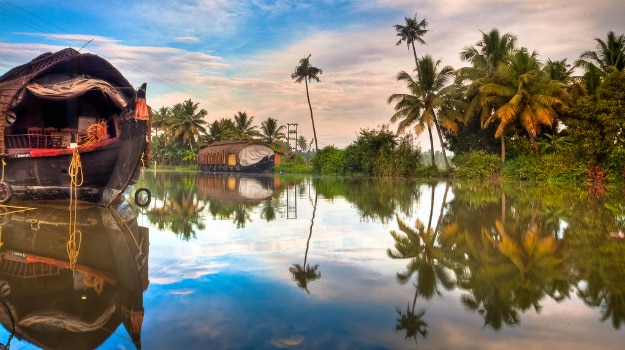 Setting for Arundhati Roys Booker Prize-winning novel The God of Small Things, Kumarakom is also the prized jewel in Kerala Tourism’s crown. The backwaters cruises at Kumarakom that catapulted the small-town-by-the-banks-of-Vembanad to international fame are an absolute must. If spending a night in a boathouse on the peaceful waters of Kerala’s most famous lake isn’t on your bucket list yet, add it right away. And scratch it off as quickly as you can. 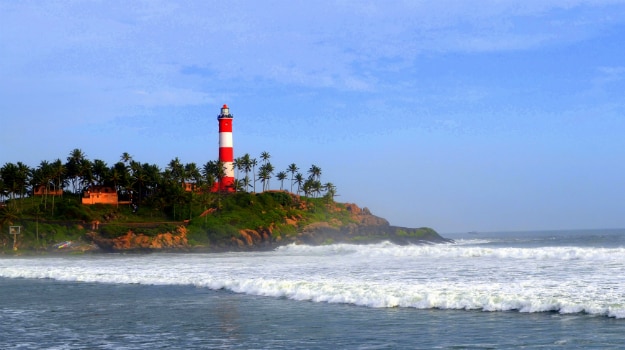 Kovalam in Kerala has come a long way from being a sleepy fishing village to being one of the best-surfing destinations in India. Best known for its three crescent-shaped beaches, Kovalam still retains some of its laid-back culture with the days beginning rather late and activities continuing into the night. Kovalam seems to have something for everyone. A leisurely swim or a surfing lesson, a herbal body massage or a cultural program — take your pick and it is all there. Take a break from beach-hopping and head to the numerous shopping complexes and ayurvedic health resorts that abound in the beach town or head out into the sea in a kayak or on a surfing board, the choice is yours! 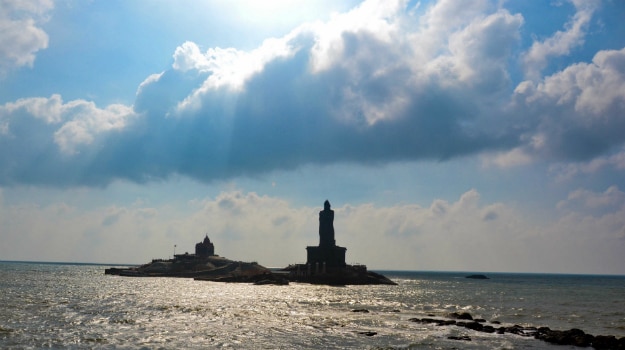 There is something overwhelming about Kanyakumari — after all, how often can you boast of standing at the tip of a subcontinent while looking at the confluence of three important water bodies? A trip to Kanyakumari lives up to the hype and hoopla — the place from where you can see the sunrise and the sunset, the place where Vivekananda found enlightenment, the place where Mahatma Gandhi requested his ashes to be spread! Kanyakumari doesn’t have the kind of picture-perfect beaches you see on desktop wallpapers neither does it overlook lush green valleys. All it offers you is a moment at the tip of a country we call home. There is something calming and humbling about it. 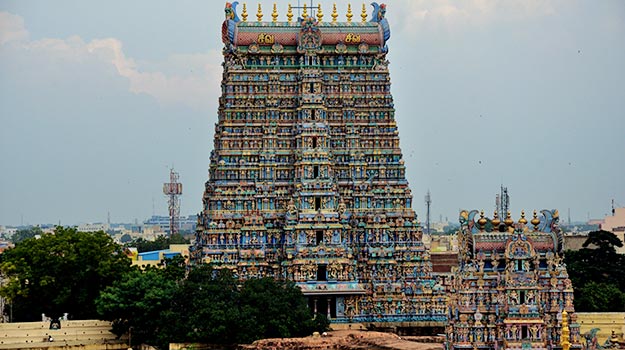 You don’t necessarily have to be religious to visit Madurai. It is, of course, a center of pilgrimage but even the atheist in you would stop to admire the very impressive Meenakshi temple that lies at the heart of the town’s economy. Madurai itself is some 4,000 years old and has several temples and buildings whose architecture reminds you that it has always been an important town for several millennia. Take a walk through the old city that offers a glimpse into life in another era or time your visit to coincide with the Chithirai Festival (in April) that re-enacts the wedding between Meenakshi and Shiva. 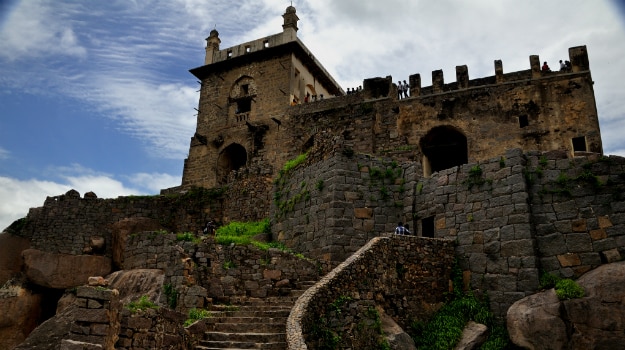 Ok, we know a big city perhaps stands out like a sore thumb in a list of beaches and hill stations, but Hyderabad is so much more than just a state capital isn’t it? Yes it has the Charminar and yes we love the Falaknuma Palace but this city is where literature and culture and the culinary arts didn’t just survive, they thrived. Hyderabad is where the spicy Chettinad meets the Mughlai, and the marriage of flavors lends its cuisine such a distinct identity. You go to Hyderabad and return a more cultured and a more enlightened soul. Isn’t that what traveling is supposed to do to you? 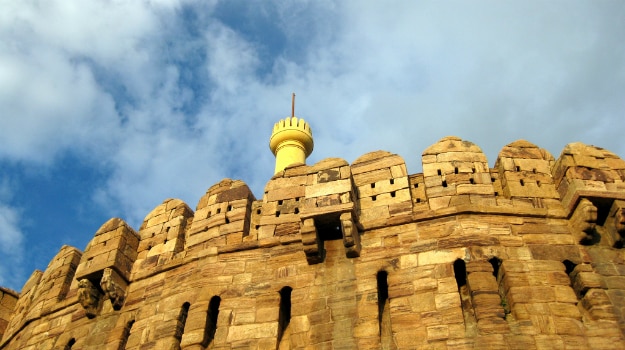 Not too far away from Hyderabad, Kurnool has several sites of historical importance. From the caves to the rivers, the town literally has something for everyone. The longest cave system, Belur caves is one of the biggest attractions in the town. With three well-like cavities, a huge Buddha statue and a natural waterfall, the cave is a beautiful sight. The Oravakallu Rock Garden, known to be a picnic spot is famous for its rock formations and its location between two water bodies. Who wouldn’t want to travel to this beautiful town? 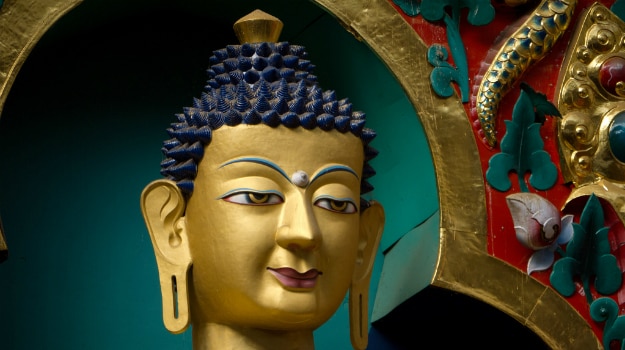 Even though it has been written about so much and visited so much, we cannot help but mention Coorg in this list of 10 best places to visit in south India because (if you really think of it) Coorg offers so much more than your run-of-the-mill hill stations in India! Apart from several points that offer breathtaking views of the vistas, Coorg also has year-round waterfalls, a wildlife sanctuary (Nagarhole), more tea and coffee plantations than you can remember, an elephant training camp (Dubare) and a 19th-century fort (Madikeri). Really, what more can you want from a vacation? 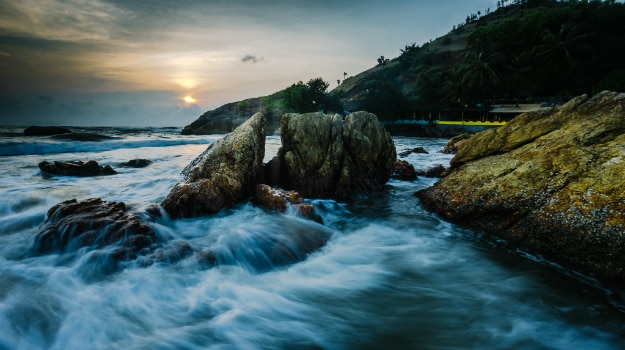 Among the south Indian states, Karnataka receives the least attention even though it deserves so much more. The underrated state has so much to offer — from beaches to historical sites, hill stations to places of religious interest — and Gokarna is just one of them. The tiny beach town is nestled between the Western Ghats and the Arabian Sea and not a very long drive away from Bangalore (Bengaluru). With beaches offering various water sports activities and a temple that will soothe your soul, Gokarna is everything that Goa is minus the crowd and commercialization. 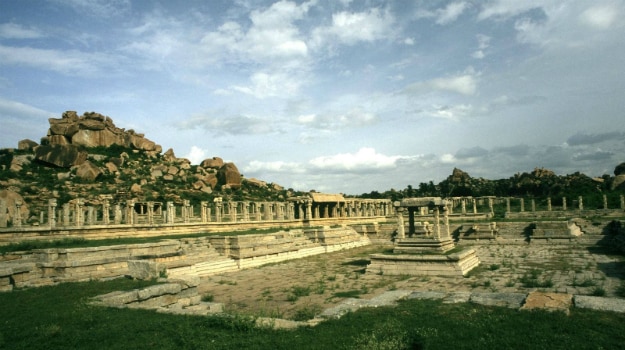 Yet another gem of Karnataka that gently reminds us how much we tend to ignore the state. Hampi was once the capital of the Vijayanagar Empire and even its ruins bear testimony to the wealth and grandeur of the Vijayanagar Emperors. The princes of the four dynasties that ruled Hampi constructed more than 500 monuments that may be in ruins but continue to hold travelers in awe even today. The city where it was believed that rubies and diamonds were sold on the streets and gold and silver was used as currency is a UNESCO World Heritage Site and most definitely deserves more than just a patronizing nod from you. 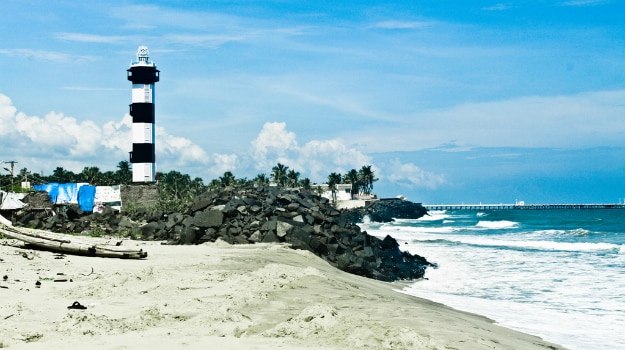 What can we say about Pondicherry that hasn’t already been said? Sunny beaches, quaint colonial quarters and lip-smacking French food  there’s absolutely nothing not to like about Pondicherry. Go surfing or get lost in the tree-lined avenues or find answers to life’s greatest problems at Auroville, Pondicherry is everything you expect and more! 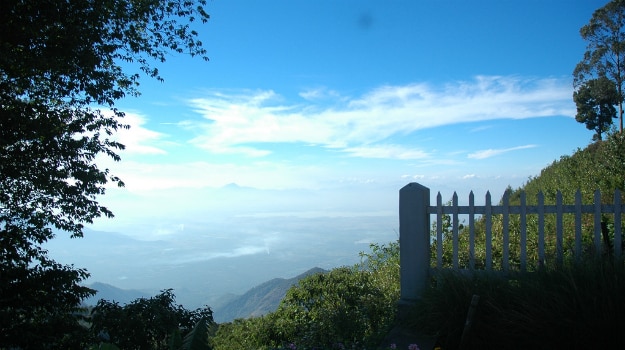 There is a reason why Kodaikanal is known as the Princess of Hill Stations. Literally translated, the name Kodaikanal means ‘gift of the forest’ and it definitely is one. Located some 120 km away from Madurai, Kodaikanal is particularly popular with honeymooners. The star-shaped lake where rowboats can be hired from the boat club, Bryant Park, a beautifully maintained botanical garden, Coaker’s Walk, a scary-as-hell paved path along the steep slopes of the mountain and Dolphin’s Nose, where the views are breathtaking, are all simply additions to why you should make a trip really soon. 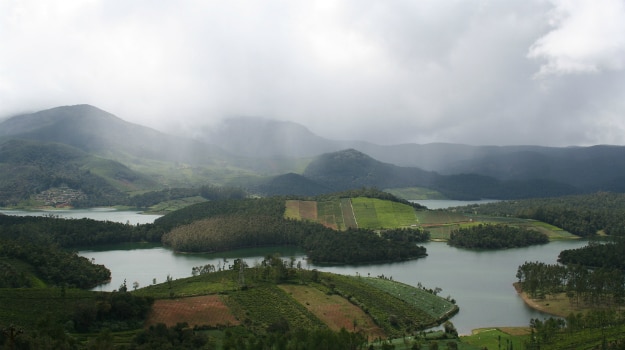 From the Princess of Hill Stations to the Queen of Hill Stations, Ooty. Developed only a few decades ago, the town is fondly called ‘Snooty Ooty’. With some beautiful Raj-era bungalows, the town offers a perfect mix of old and new. With the Botanical Gardens and the Doddabetta Peak serving as some of the most popular tourist attractions, Ooty sees tourists from all over the world. But that’s not all. Not only is it a beautiful town, but the ride to it is just as beautiful. You can choose to drive up the ghats that give you beautiful views of the valley or you can sit back in a toy train that rides along the mountainside and offers an even better view. What are you waiting for? 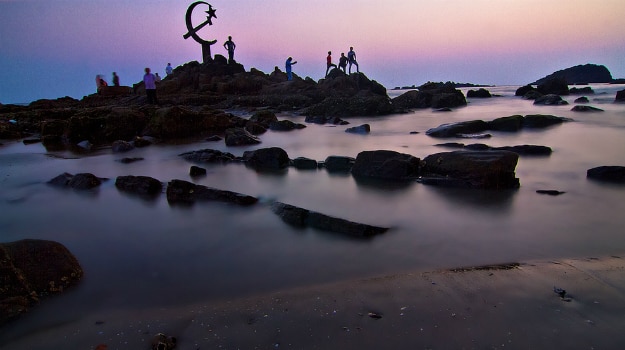 Known for its beautiful beaches, its handloom industry and the ritualistic performing art Theyyam, Kannur should definitely be on your list of places to visit. The St. Angelo Fort built by the Portuguese, the Payyambalam Beach where the coastline is unbroken for a few kilometers, the Arakkal Museum, home of the only Muslim royal family of Kerala and the Kannur Lighthouse near Sea-view park are all sights to take in at this beautiful town. But how often will you find a ferry ride that offers a view of the setting sun? So get to Kannur and take a ride on the Azhikkal Ferry boat as soon as you possibly can. 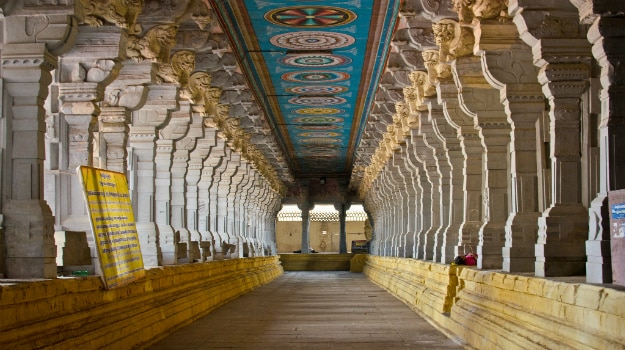 To end things off on a slightly more religious note, Rameswaram. One of the most famous Hindu pilgrimage areas of south India, the town is known for its beautiful Ramanathswamy Temple. With the longest corridor in the world, the Ramanathswamy Temple is believed to be the place where Rama begged for penance after having killed Ravana. It is believed that in order to reach Lanka, Rama built a bridge from this small town that finds mention in the Ramayana. A boat ride will give you views of some of the most beautiful corals, while jeeps and other four-wheel drives will take you right up to the end of the land. 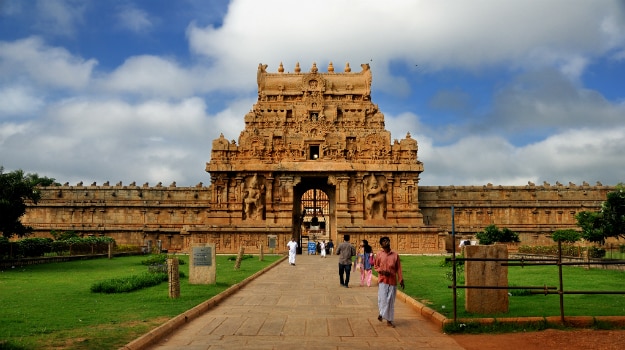 Welcome to the cultural capital of Tamil Nadu! Thanjavur is just as popular for its temples, arts and handicrafts as it is known for its paintings and rich history. Believed to have been named after an asura (or a demon) Tanjan who was killed by Vishnu, Thanjavur shot into prominence as the capital of the mighty Cholas between the 11th and 14th century when they constructed several temples and developed it as an important center of art and culture. Though it ceased to be the capital after the end of Chola rule, Thanjavur remained an important city. It became a capital again under the Marathas. Remnants of Thanjavur’s historic past can be seen in its grand buildings. Visit the 11th-century Brahadeeswarar temple that is the city’s main attraction or drop by at the Thanjavur Royal Palace, Saraswathi Mahal Library and the Vijaynagara fort. Each of these buildings speak eloquently of the city’s past.

If this list of amazing places in South India doesn’t make you want to pack your bags and leave, we don’t know what will.