Kedarnath temple opened for Char Dham Yatra 2017 pilgrims this morning and the first person to offer prayers was Prime Minister Narendra Modi himself. 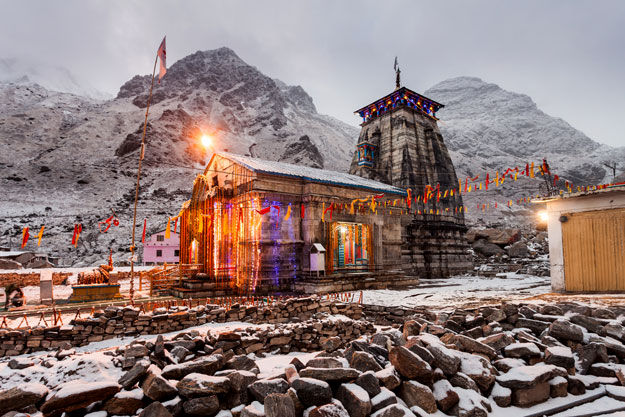 Here is a video of Prime Minister Modi greeted the crowd at Kedarnath temple this morning: Also Read - Sara Ali Khan's Throwback Pictures From Allepy Will Instantly Make You Fall in Love With The Backwaters!

The Chota Char dham yatra of Uttarakhand popularly known as the Char Dham consists of a visit to four prominent Hindu temples of Uttarakhand – Gangotri, Yamunotri, Kedarnath, and Badrinath. It is believed that devotees who complete this pilgrimage are absolved of their sins. This is why, every year a large number of devotees take the Char Dham Yatra. The Char Dham yatra 2017 is also expected to see a huge number of visitors despite the long trek and the difficult terrain. With Narendra Modi kick starting the Kedarnath proceedings himself, the pilgrimage is bound to gather momentum with more and more people visiting the temple. Kedarnath temple will remain open till October 21, 2017 for this season following which it will close for winter. NOW SEE Char Dham Yatra 2017: Badrinath temple opening and closing date for Uttarakhand Char Dham