Poila Baisakh 2017: Here is a look at how the Bengali New Year is celebrated

As Tagore's song reminds us, it's time to dust away the forgotten memories and remnants of the past year and welcome Poila Baisakh. 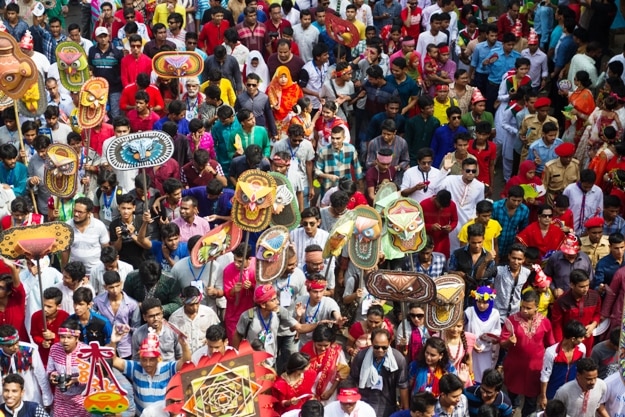 Poila Baisakh, Bangla Nabobarsho or simply Naba Barsha; all of these refer to the same festival celebrated by the Bengali community. Poila Baisakh 2017 is on 14 April, and will be celebrated grandly in Bangladesh and West Bengal. Many believe it was formed as a result of the Bengali calendar established by Mughal emperor Akbar in the 15th century, while others say that it is linked to the harvest festival of Baisakhi. Also Read - Mumbai Police's Humorous Response to 'Singham' Ajay Devgn After he Shares Their Video On COVID-19

The name ‘Poila Baisakh’ literally translates to the first month of the Bangla calendar, in which Naba Barsha simply means New Year. Irrespective of its name or origins, this is a festival that is celebrated across all faiths of the Bengali community, with greetings of ‘Shubho Nabhobarsho’ and recitals of the Tagore song ‘Esho he Boishakh’ heard everywhere. ALSO READ: Festivals and events in India in April 2017 that you cannot miss
Also Read - Google Makes Stadia Pro Free For 2 Months in 14 Countries

Preparations for Poila Baisakh start right from the final year of the Bengali calendar, Chaitra. Year-end fairs can be seen in many parts of West Bengal, with heavy discounts on household items and clothes almost everywhere. On Chaitra Sankranti, which is basically New Year’s Eve, Bengalis visit temples to pray to the gods for the year that has passed. The Kalighat Kali Temple in Kolkata gets really busy at this time, with many offering prayers of thanks and seeking blessings for the upcoming year. Also Read - Coronavirus: This is How Delhi's Containment Zones Look Like | Things to Remember 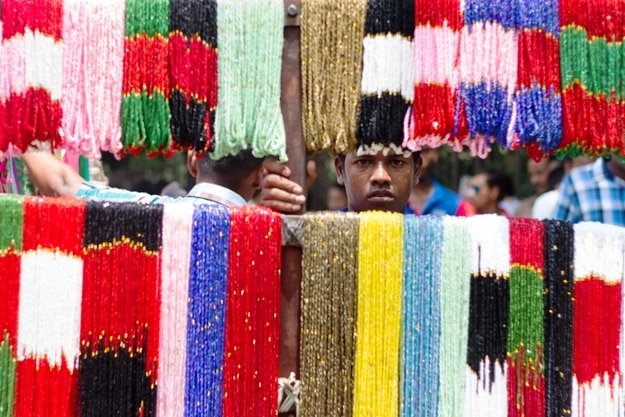 Meanwhile, families start cleaning and painting their homes to prepare for the new year’s celebrations. On the morning of Poila Baisakh, everyone comes together to view the sun rise to the new year as an auspicious start. They then proceed to the main event: Prabhat Pheri processions. These processions see women in their traditional Garad saris and men in their traditional kurta and dhoti performing folk songs and dances. The women prepare a special breakfast with green chillies, fried fish, soaked rice and onions, while the other meals are traditional Bengali preparations. ALSO READ: 15 Bengali Delicacies You Have To Try In Kolkata!

Haalkhata is a common tradition in some parts of the Bengali community during Poila Baisakh. It basically involves opening new accounts, since the new year is considered an auspicious time to start new ventures and clear old debts and loans. Across West Bengal, several local cooperative organisations and associations organize small fairs. Even the government organizes its own, called the Bangla Sangit Mela. Visit any of these fairs to enjoy the local songs, dances and skits. Some of these shows include theatrical performances of plays such as Radha-Krishna and Laila-Majnu, while many play folk songs like Murshidi, Bhatiali and Baul. 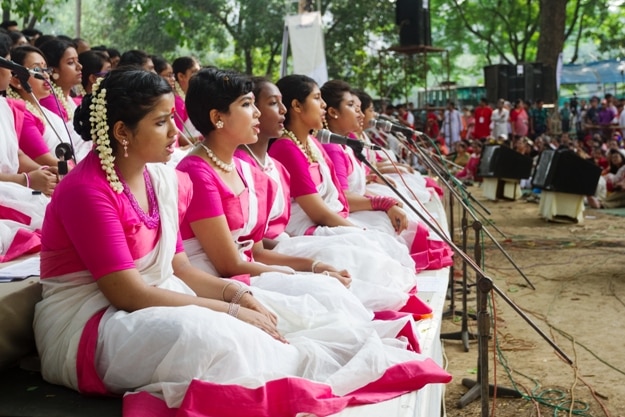 Performers of “Chayanot” a famous cultural group of Bangladesh

The fairs include several stalls that offer traditional clothing, cosmetics and handicrafts, including Tussar silk suits, handmade diaries, Kantha dupattas, Shantiniketan handbags and paintings made by local artists. Toys and foods are common purchases in these fairs. Apart from Bengal, you can find communities in Orissa, Tripura, Jharkhand and Assam celebrating Poila Baisakh. Outside India, you can find the Bengali diaspora celebrating Poila Baisakh in their own grand ways, with major celebrations in countries like the UK and Australia. ALSO READ: 6 beautiful places to visit in the pristine city of West Bengal, Siliguri!