Posing at India Gate, visiting Gandhi Smriti: 10 photos of what the royal couple did in Delhi

The royal couple was in the capital on Day 2 of their India trip and here's what they did.

Kate Middleton and Prince William have been taking the country by storm. In the three-odd days they’ve been in India, Kate and William have endeared themselves to the people of the nation. Kate and Willian landed in Mumbai on April 10 and headed straight to the Taj Mahal Hotel Palace. (ALSO SEE Why the royal couple turned down the Tata Suite at Taj). And if you thought they rested and spent the day at leisure, you couldn’t be wrong. Prince William and Kate laid a wreath at the hotel’s memorial for the victims killed in its premises during the 26/11 attack; they then went to Oval Maidan and attended a game of cricket where they met children from three NGOs they support. (ALSO SEE Kate Middleton living it up like a local in Mumbai). Later in the evening, they attended a charity dinner which had several Bollywood celebrities on its guest list. (VIEW PICS)Also Read - Delhi Unlocks Further as Kejriwal Allows Academic Meets in Schools, Colleges With Restrictions | Check Guidelines

ALSO SEE Stunning photos of the royal suite that was home to the royal couple in Mumbai Also Read - Coronavirus in India 26 April 2021 Highlights: Situation in India Beyond Heartbreaking, Says WHO Chief

After accomplishing all of this on the first day itself, the royal couple left for Delhi on Day 2 of their visit but not before meeting entrepreneurs in Mumbai and learning about their start-up ideas. In Delhi, Will and Kate saw many sites of historical importance. The royal couple posed like any other tourist in front of India Gate dressed in a lovely white dress and Prince William in a dapper suit. They also laid a wreath at the Amar Jawan Jyoti memorial to honor the soldiers who lost their lives. Later, they went to Gandhi Smriti where they admired the simple life that the Father of the Nation followed, his work and his learnings. The royal couple asked several questions about his life, his statue and even the spinning wheel. Prince William and Katherine also attended a garden party at the British High Commissioner’s official residence in Delhi to celebrate the 90th birthday of the Queen. Here’s a sneak peek into their Delhi diaries. Also Read - Random COVID Testing Begins at Delhi-Noida Border Amid Spike in Corona Cases | See Photos 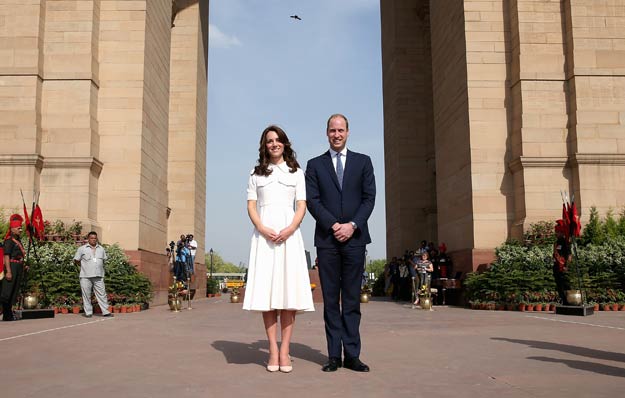 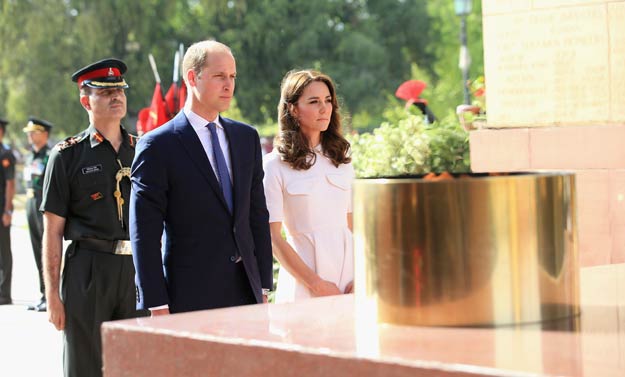 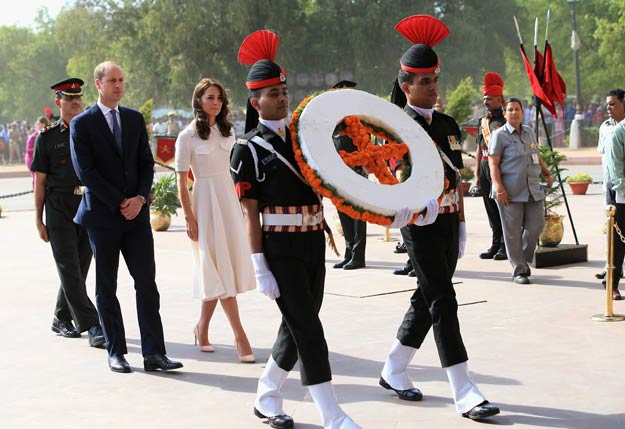 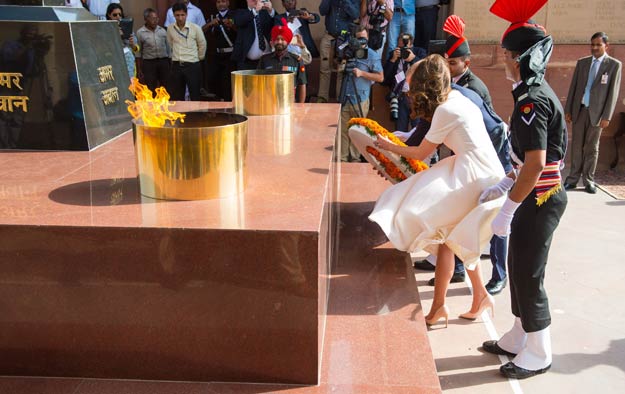 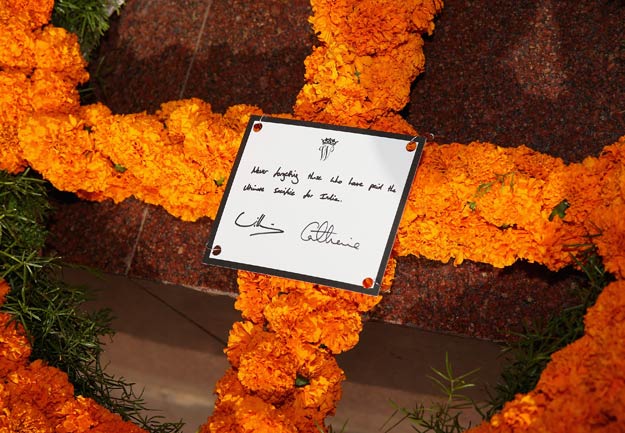 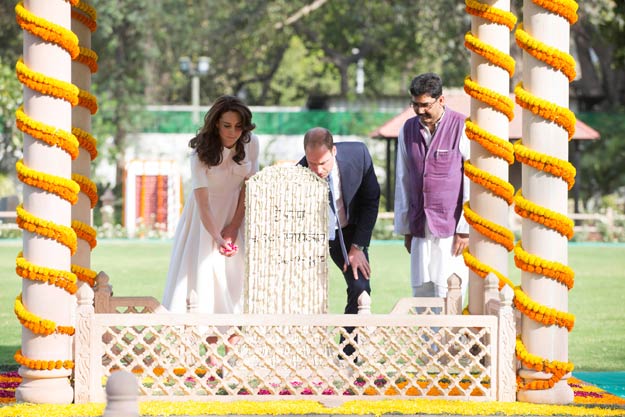 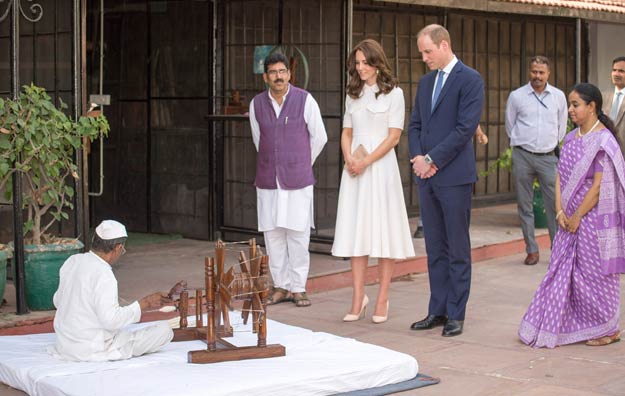 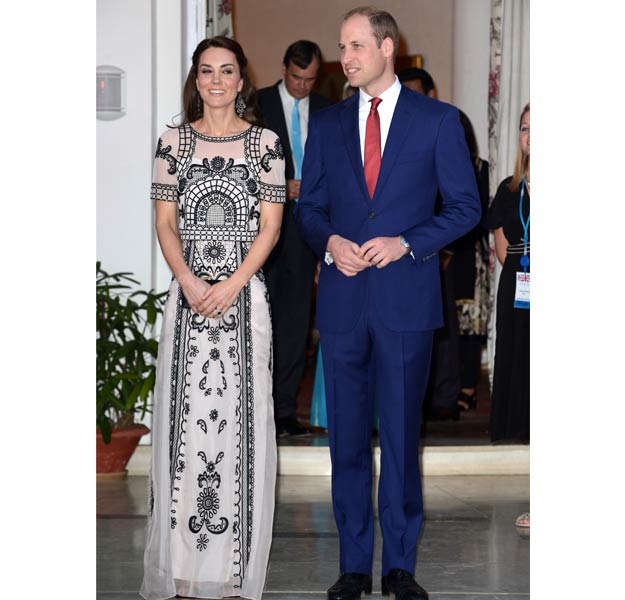 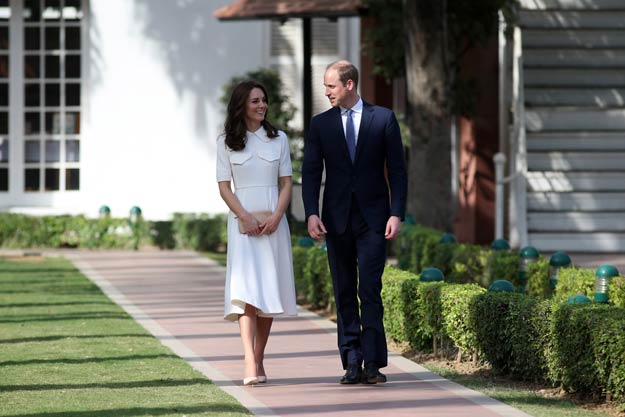