A photograph reveals a rather interesting detail of the historic meeting with Prince William and Narendra Modi. 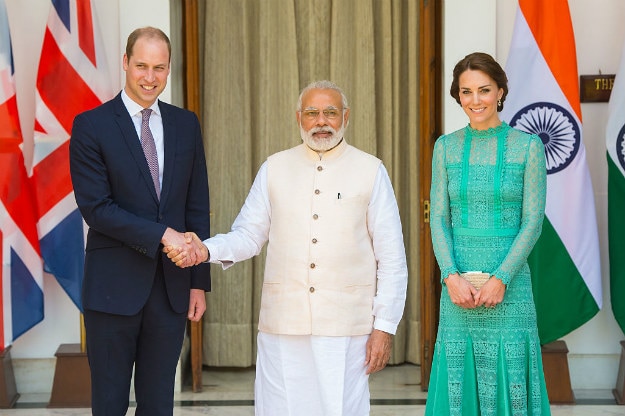 Kate Middleton and Prince William were in India until a few days ago. They landed in Mumbai, where they rubbed shoulders with Bollywood blue blood, played cricket at Oval Maidan just like locals and then flew off to New Delhi. In the capital, Kate and William paid their tributes at the Amar Jawan Jyoti, visited the Gandhi Smriti (VIEW PICS) and had lunch with Prime Minister Narendra Modi at Hyderabad House. Also Read - Himachal Pradesh News: How These Kinnaur Couple Contracted Coronavirus, First Case in This Remote District

The pictures that came out of the meeting seemed like every other press-op picture except one particular photo that the good people at People’s Daily China were very quick to spot one very… erm… interesting detail: Also Read - Watch LIVE: PM Modi Attends Online Summit With Australian PM Scott Morrison

It must be quite a strong handshake with #Indian PM Nanrendra Modi by just looking at the Princes hand pic.twitter.com/z0q0BDtwU5 Also Read - The New Normal? Salon Workers Covered In PPE Kits While Giving Haircuts, Images Go Viral

As it would seem, those are the fingerprints of our dear Prime Minister Narendra Modi! Unfortunately, we are among the millions who have NOT had the opportunity to shake hands with the prime minister but if the photograph is true, we imagine it must be quite painful. As an aside, we also cannot help but admire Prince William’s ability to keep a perfectly straight face despite that iron grip! Heck even Lex Luthor couldn’t do it!