Priyanka Chopra just got slammed for her cover shoot for a travel magazine!

Was Priyanka's tee for CNT's cover shoot tad insensitive? Here's what Twitter had to say! 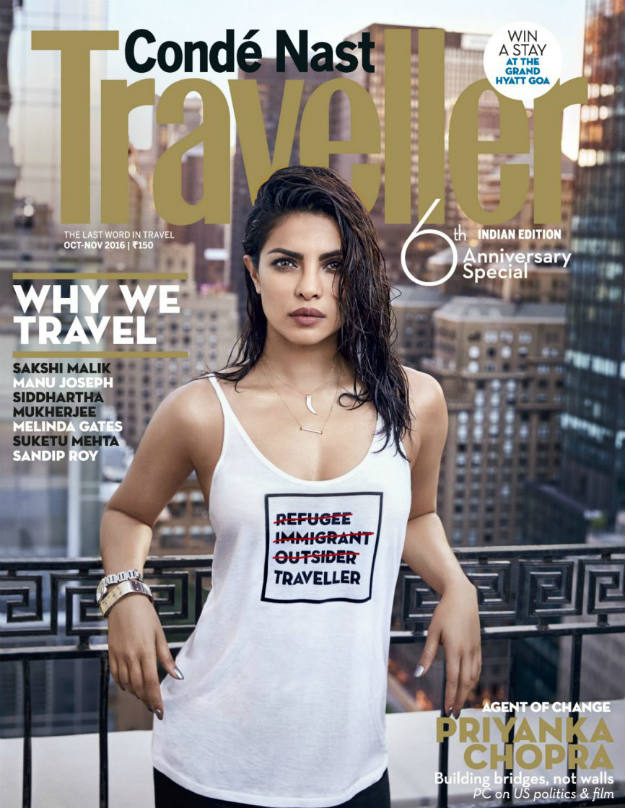 Priyanka Chopras cover shoots have been raking controversy for some time now. Only few weeks ago, her shoot for a fashion magazine made the good folks on Twitter wonder if her armpits were airbrushed. Things got so out of hand that Priyanka Chopra had to post an unedited photo of herself to prove the point. The Quantico star has found herself in the midst of yet another controversy because of yet another magazine cover. This time though, it was the cover of the well-known travel magazine, Conde Nast Traveller India. Priyanka appears on the cover in a slinky white tee with the New York skyline behind her. The photo shoot took place at the iconic JW Marriott Essex House on Central Park South and features Priyanka Chopra wearing a tee that reads: Refugee, Immigrant, Outsider, Traveller with the first three words struck out. Clearly the message was meant to be a positive one with Priyanka Chopra being showcased as someone who is home in the world. Also Read - Maharashtra Lockdown News: Latur City to be Under Fortnight-long 'Strict' Shutdown From Midnight of July 15 | Guidelines Soon

However, things being as they are now, the message has not resonated very well with the Twitterati. Many have pointed out that it was inappropriate to draw a parallel between someone like Priyanka Chopra, a successful world traveler and refugees or immigrants who often have little or no choice but to leave home. Several Twitter users felt that by comparing herself to refugees, Priyanka Chopra was being insensitive. Here are some of the reactions from Twitter users: Also Read - UP Govt Issues Guidelines For University Academic Session 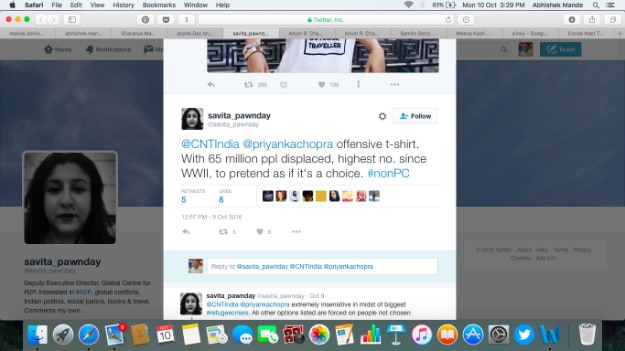 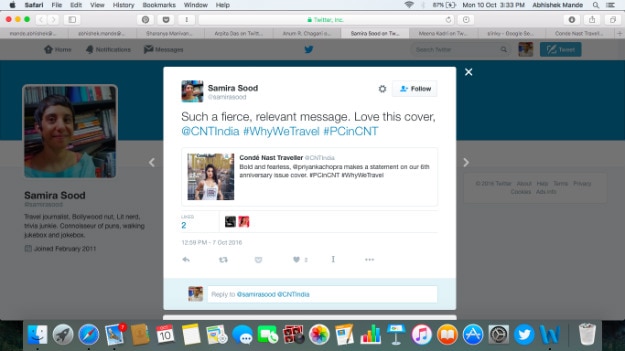 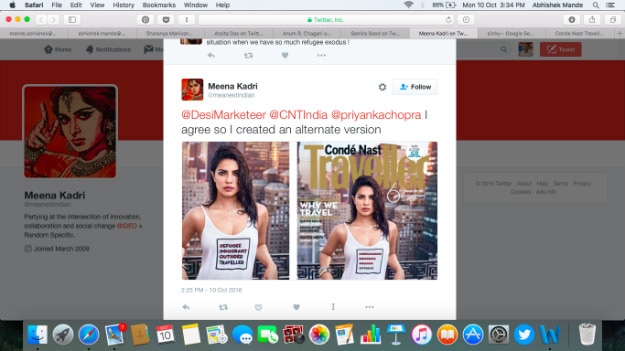 Photos of Nimrat Kaur taking a dip in the Cheakamus Lake

Mandira Bedi rocking a sari on the beach is the hottest thing you’ll see today!

Do you find Conde Nast Traveller Indias cover offensive? Tell us! Post you comments in the discussion board below!