The year 2018 is off to a rocky start in some ways, but travellers will find a lot to rejoice this year. 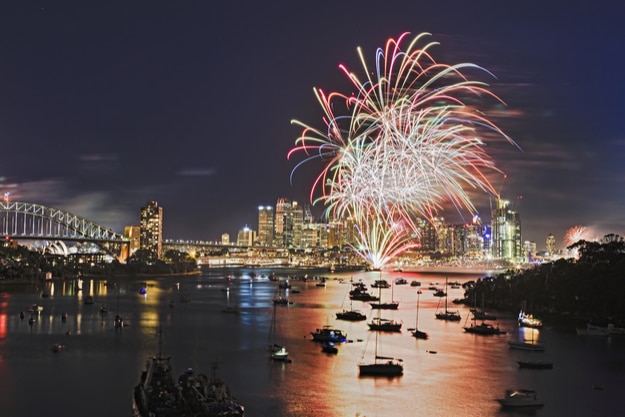 The year 2018 is going to be the year of the traveler, at least in India, with plenty of long weekends and public holidays to look forward to. January itself has a couple of long weekends, New Year’s Eve notwithstanding. For all of you making plans for a winter getaway this month, here is a list of public holidays in January 2018. ALSO READ: Festivals and Events in India in January 2018 to Kick off a Year of Travel

The first day of the year was naturally a holiday across India, and we’re sure a lot of you are still recovering from your hangovers from the New Year’s Eve party. But Mizoram in Northeast India actually differs from the rest of the country by celebrating the New Year on the second day. January 2 is also celebrated as Mannam Jayanti in Kerala, to commemorate the birth anniversary of Mannathu Padmanabha Pillai, an important freedom fighter and social reformer.

The first long weekend of the year began with New Year’s Eve, and the second one follow soon after, with Guru Gobind Singh Jayanti falling on the first Friday of 2018. Haryana, Punjab, Delhi and other states have it as a public holiday. You can head to Amritsar and other destinations or your local Gurudwara to catch the celebration and the special sermon and poems recited on the day, or to your favourite winter getaway to kickstart a year of travel. 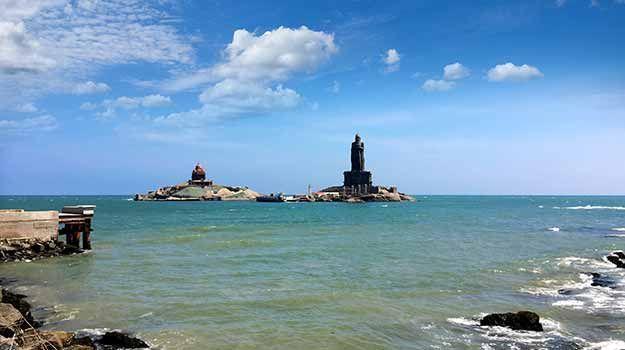 Towards the East, the state of West Bengal will have its next long weekend on the second week of January, with Swami Vivekananda Jayanti falling on a Friday this year. Other states may also recognize it, so check if this applies to you. If it does, utilize the long weekend to the fullest by heading to the Sundarbans or perhaps Darjeeling for a quick getaway. Or perhaps fly down to Kanyakumari to visit the Vivekananda Rock Memorial.

Nearing the middle of January, Sunday will be a big day in most parts of South India. Andhra Pradesh and Telangana will celebrate the festival of Bhogi, while Tamil Nadu will celebrate Pongal. Other parts of India will celebrate Bihu, Makar Sankranti, Hadaga and Poki. While the names and some of the traditions are different, they all equate to a harvest festival. There’s no better time to plan your South Indian odyssey than during this time. 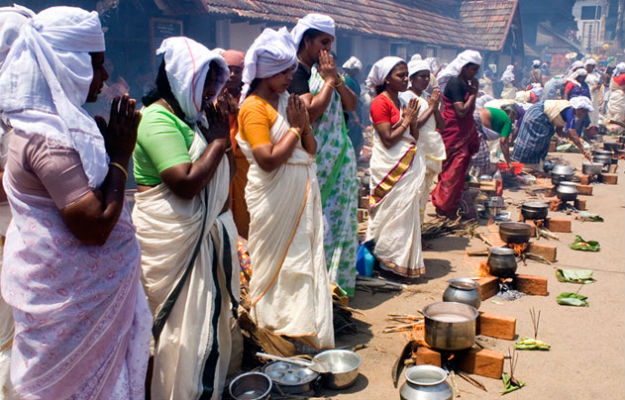 Makar Sankranti, or Sankranti as it is also called, is a pretty big deal in many parts of India, and arguably the first major Indian festival of 2018. Naturally, some regions in the country will celebrate it for more than just a Sunday. The following day will also be a holiday, which means another long weekend in your kitty. January 15 is also celebrated as Thiruvalluvar Day in Tamil Nadu and Puducherry and Tusu Puja in Assam, so you’re going to get a three-day holiday in these states anyway.

Folks living in Tamil Nadu and Puducherry can rejoice and make some big plans for the middle of January, because the day after Thiruvalluvar Day is also going to be a holiday, on account of Uzhavar Tirunal, which is another term for Pongal. These three days will, in fact, see a lot of celebrations across the southern state, with some delicious food to be had. Couple that with the pleasant winter weather, and you have all the reason to head down South and explore Tamil Nadu. 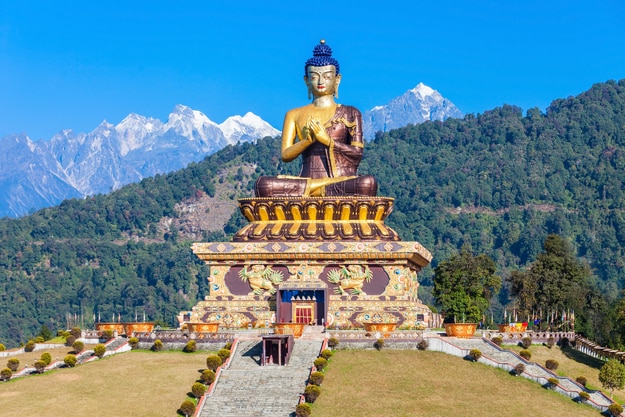 While Mizoram celebrates its New Year just a day late, Sikkim will be having its celebrations more than two weeks later. Lho translates to year and Sar to fresh or new, so Lhochar or Lhosar literally means new year or new beginning. It is the first day of a new moon in the new year, and this is as good a time to head to Sikkim’s many monasteries, where the new year festivities and rituals will be conducted.

Monday, January 22 will mark the arrival of the Hindu spring festival, Vasant Panchami. Celebrated almost everywhere across India, the festival is closely associated with kites, and you’ll find kite-flying competitions and all kinds of celebrations unique to regions wherever you go. You can stick around and enjoy the celebrations or head to a nearby destination to watch how they celebrate this spring festival. 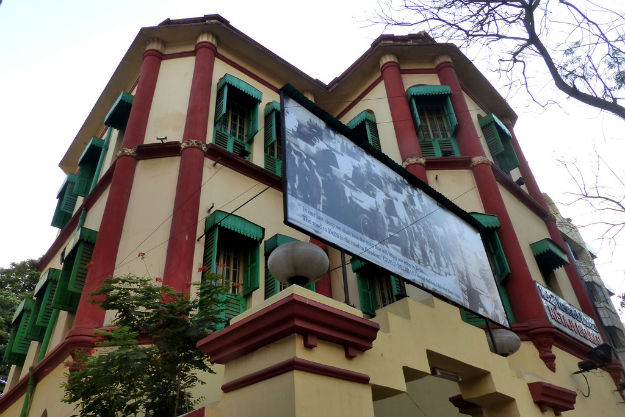 The next day after Vasant Panchami will also be celebrated in Assam, West Bengal, Tripura and Odisha as Netaji Subhas Chandra Bose Jayanti. The day marks the birth anniversary of Bose, a famed freedom fighter and reformer revered across India, but especially so in the aforementioned states, for his contributions to the Indian freedom struggle. His armed struggle and raising of the Azad Hind Fauj during the years of World War II were a rallying cry for freedom that eventually led to Indian Independence two years after the war ended.

Those living in Himachal Pradesh can rejoice because January 25, 2018 will also mark the day that it gained statehood in India. Though it falls in the middle of the week, we’d encourage anyone to head to this beautiful state in the foothills of the Himalayas to catch the celebrations that happen. The state will also be beautiful, if a little chilly, at this time of the year, with fresh snowfall falling on its valleys and mountains. 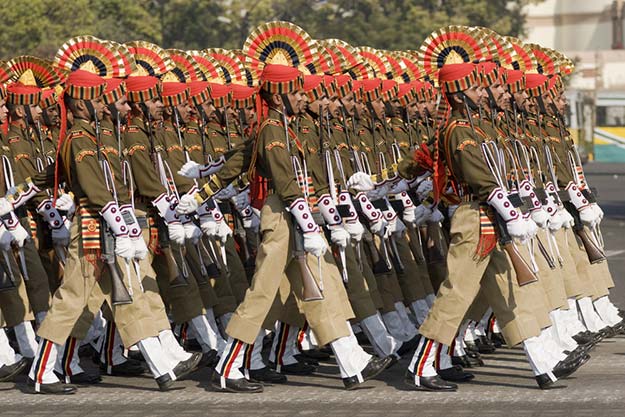 This is going to be the Big Day of January 2018, or any January in India for that matter. Friday, January 26 will mark the Indian Republic Day, when the Indian Constitution came into effect in 1950. This day marked the birth of the Indian democratic republic as we know it today, and is one of the three national holidays recognized across India. The big event on this day is, of course, the massive Republic Day parade that marches through Rajpath in New Delhi. NOW READ: Best Places to Visit in India in January 2018

The final day of January, a Wednesday, will also be a public holiday in a handful of states in India. Assam will celebrate its festival of ancestors, Me-dam-me-phi, on this day. Meanwhile, people in Punjab, Himachal Pradesh and Haryana will get to celebrate the birth anniversary of revered saint and social reformer and Bhakti movement poet Guru Ravidas. Me-dam-me-phi, meanwhile, is a festival of the Ahom people in Assam, held to celebrate the ancestors that have departed this world.