Public Holidays in August 2017 in India: Use This Holiday Guide to Plan Your Celebrations and Getaways

Here is a guide to the public holidays in August 2017. This month has plenty of celebrations coming up. There is Indian Independence Day on August 15, and Ganesh Chaturthi, Krishna Janmashtami and Raksha Bandhan as well.

August is a good time in India. The monsoon season is in full swing, drenching every part of the country in immense beauty. It is also the month of some big festivals across India. The combination of awesome weather and imaginative festivals results in the perfect ambiance to travel the country. If you don’t plan on sitting out the monsoon season this year, August is a good month to get off your chair and go exploring thanks to all the festivals happening. Here is a list of the public holidays in August 2017 to plan out your trips for the month. Also Read - Assam Police Arrests Opposition MLA Over 'Objectionable' Remarks on COVID-19 Quarantine Camps 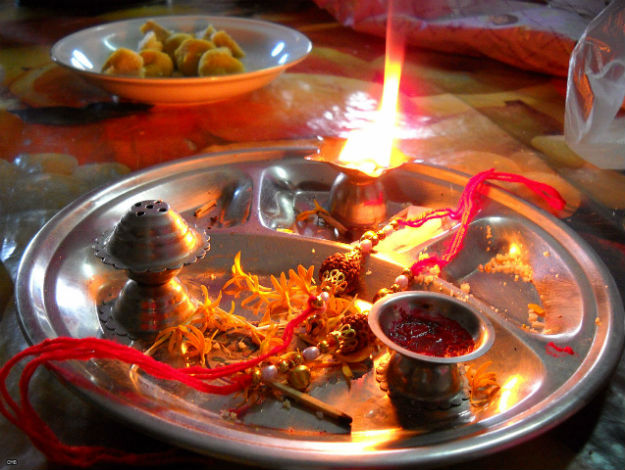 August starts with a bang with Raksha Bandhan happening on August 7, a Monday. Recognized all across India, the festival of brothers and sisters is a holiday for many folks. And given that this is a Monday, you will be getting a long weekend. Take the opportunity to plan a trip with your siblings and loved ones to a nice weekend destination. If you are the religious kind, find a destination famous for its temple (or temples) to make your Raksha Bandhan special this year. Either ways, do not forget the Rakhis. Also Read - Earthquake of Magnitude 4.8 Jolts Guwahati, Other Parts of Assam, no Damage Reported so Far 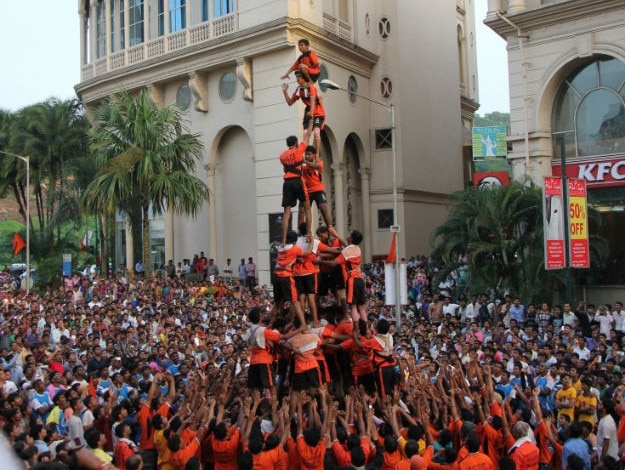 Exactly a week after Raksha Bandhan, another festival will take over the country. Krishna Janmashtami marks the birth of Krishna, one of the most revered and mischievous gods in the Hindu pantheon. Naturally, the festival that celebrates a god like Krishna would be just as grand with a healthy dose of mischief. Janmashtami is best known for the Dahi Handi competition in which teams of people form a human pyramid to crack open a pot of curd hung from a height. It is a crazy sight to say the least, and something you should not miss out on. Also Read - 69-year-old Woman Dies of Coronavirus in Punjab, Death Toll in State Climbs to 6 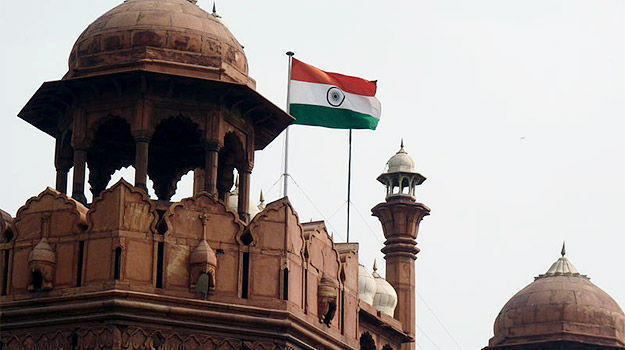 The day after Janmashtami is 15th August, celebrated across the country as Independence Day. Celebrations this year will be even grander than usual, since this is the 70th year of Indian independence. You can take part in the festivities and watch as the nation celebrates the 70th year of its existence, or you can use the opportunity to stitch together a four-day holiday (including the previous weekend) and get out for a more peaceful celebration of India. 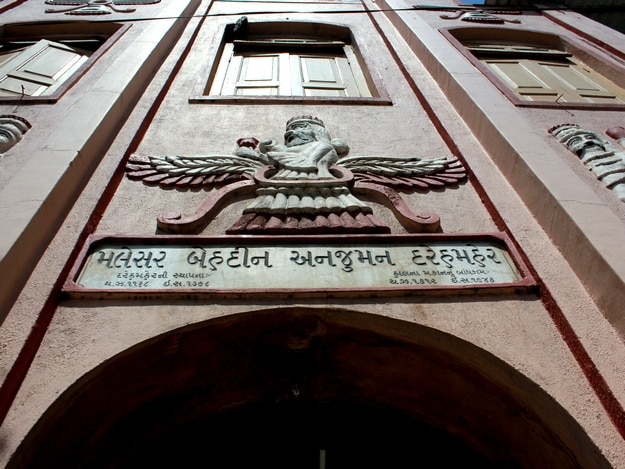 Celebrated largely in Maharashtra, the Parsi New Year is also called Jamshed Navroz or Jamshedi Navroz after the legendary ruler of the Pishdadian Dynasty, who is said to have started the Parsi calendar. This year, it falls on a Thursday, which means that you’ll just have a day’s off for the festival. You can spend the day participating in the Navroz festivities. India’s Parsi community celebrates their new year in a private but splendid fashion. Homes are cleaned and decorated, often with Rangolis, and people wear new clothes along with traditional Kustis. Savor the food and enjoy the special rituals that happen this day. 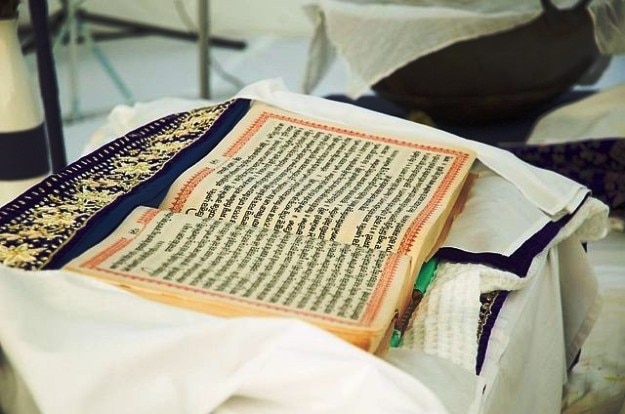 The Parkash Utsav of Sri Guru Granth Sahib Ji is a recognized public holiday only in Punjab, where the Sikh community is centered. This year, it falls on August 22, a Tuesday. If you are in Punjab, you could stitch together a four-day holiday and head to nearby destinations like Dharamsala, Dalhousie, Shimla, Manali and more (here are some weekend getaways near Amritsar). Or you could take part in the celebrations of Parkash Utsav, which will include special ceremonies at your local Gurudwara. Needless to say, the Harmandir Sahib is the best place to see the Parkash Utsav festivities. 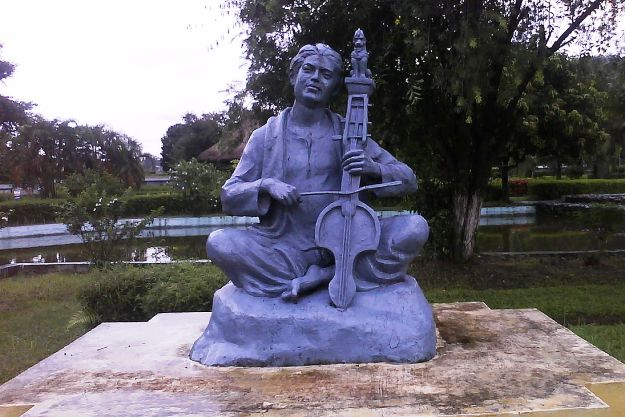 Recognized only in Assam, the Tithi of Shrimanta Shankar Dev honors one of the state’s most important figures. Srimanta Sankardev contributed a lot to Assam’s cultural and religious fabric. He played a massive role in developing Assam’s dance forms, music and folk theatre forms. He started the Bhagavatic religions movement, and the Tithi is a celebration of all his contributions. There are religious sermons and prayers conducted on this day, along with traditional Assamese dance and theatre performances. Cultural programs are held in different places, organized by communities to celebrate their culture and educate others on the contributions of Srimanta Sankardev. 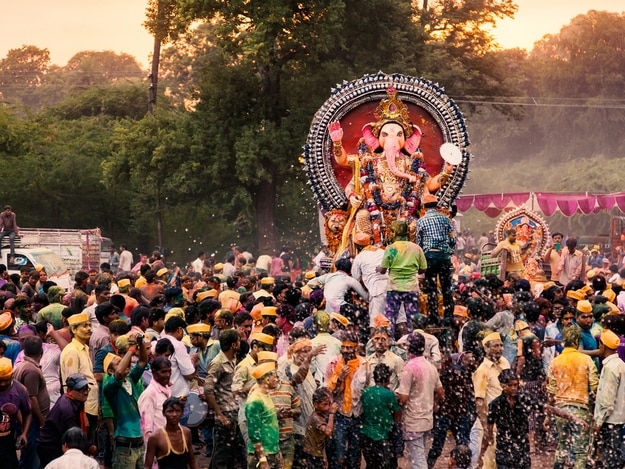 The festival of Ganesh Chaturthi, also called Vinayak Chaturthi or Chavithi, is a major festival celebrated pan India. It honors the elephant-headed Hindu god Ganesha, one of the most beloved in the pantheon. Depending on where you are, you can either expect celebrations at a massive scale or smaller, more homely affairs. Maharashtra and Andhra Pradesh in particular celebrate this festival for ten days, with public stages set up to present an idol of the god. In other parts of India, smaller idols are brought home for private prayers and hymns. Plenty of sweets of all kind are offered, since it is said that the god favored them.

The harvest festival of Odisha is Nuakhai or Nuankhai, and it falls on the day after Ganesh Chaturthi in the Hindu calendar. This year, it falls on a Saturday. Considered the most important festival in many parts of the state, you’ll find people preparing for Nuakhai more than 15 days prior to the festival itself. The festival is supposed to have nine colors, because of which there are nine major rituals performed before the actual day of the festival. These rituals include cleaning up the house, taking offerings to the local deity, and singing and dancing.

The month of August ends with a final public holiday in Punjab. Baba Sri Chandi Ji is an important figure in Sikhism. The elder son of Guru Nanak, who founded Sikhism and was the first of ten Sikh Gurus, Baba Sri Chandi would go on to found the Udasi sect of ascetics that is closely linked to the Sikhs. He embraced the ascetic way of life at a very tender young age, and would continue to follow and spread his teachings and those of his father as he traveled. On this day, you’ll find special programs organized by Gurudwaras and Sikh community organizations to spread the word of the Udasis and Baba Sri Chandi Ji.