These photos of Jacqueline Fernadez in Kashmir for Race shoot will spark your wanderlust. 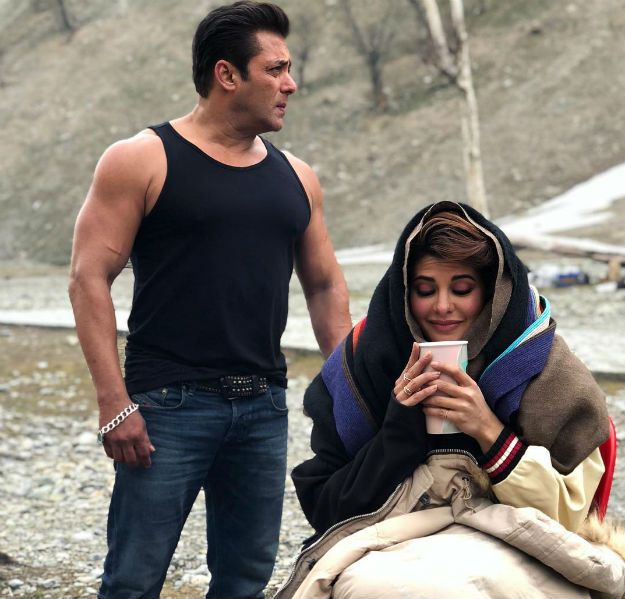 The cast and crew of Race 3 have been shooting in Kashmir for a romantic song. Among the cast members is the beautiful Jacqueline Fernandez who is visiting the Kashmir Valley for the first time. The team completed their Sonamarg schedule recently after which members of the Race 3 team took off on motorbikes to Leh. The bike ride to Leh is a big hit among adventurers and riders in India and all over the world. So, one can imagine how excited Jacqueline must have been to go on this ride! With Salman Khan doing the riding, Jacqueline seemed like a happy and excited pillion clicking pictures and enjoying the views and weather! Before the bike ride to Leh, Jacqueline also took a ride on a snow bike to Zero Point, a popular place in the region. On this ride, the actress went through the amazing Zoji La pass. Anyone who has been to the valley will tell you that it must have been one hell of a ride with breathtaking views all around. (ALSO SEE 14 Jacqueline Fernandez travel photos that are simultaneously cute and sexy!) Here are some photos of the Race 3 team from Kashmir that surfaced on Instagram recently. Also Read - Bigg Boss 14 October 24 Weekend Ka Vaar Episode Major Highlights: Salman Khan Slams Rubina Dilaik, Exposes Jaan Kumar Sanu

The lead pair during shoot in Kashmir

A collage taken during the ride… look how happy Jaqueline looks to be amidst such natural beauty!

Ready for the ride, surrounded by locals and fans!

And thats the team with Jacqueline at the steering wheel in Sonamarg!

Makes us feel like going to Kashmir RIGHT NOW to escape the heat!