Railway Budget 2016: 5 reasons why we are looking forward to travelling by Indian Railways

Cleaner toilets, no hike in railway fares, more connectivity to the northeast Indian states, free WiFi... Railway Minister Suresh Prabhu has given us a lot of reasons to travel by Indian Railways. 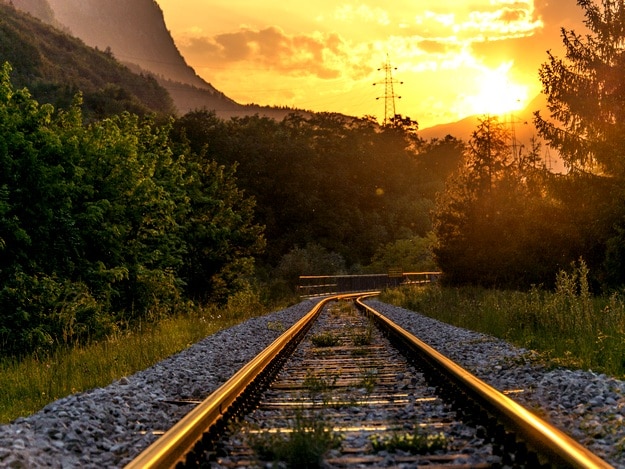 In a speech that received mixed reactions, Railway Minister Suresh Prabhu announced a great deal of things that he planned on achieving in the coming year for Indian Railways. He had already been making the right noises in the weeks preceding the budget presentations. Last week, he inaugurated the first direct train that now connects Southern Assam to New Delhi for the first time in 69 years. Even so there have been a lot of expectations from the Railway Budget 2016, top among them was to focus on passenger amenities and making railway stations and trains disabled friendly. Also Read - Do You Have Celiac Disease? You May Die Prematurely

ALSO READ We asked a bunch of bloggers their expectations from the Railway Budget Also Read - Entertainment News Today April 9, 2020: Zoa Morani Feels Much Better Says She is Responding Well to The Treatment

Even though Prabhu’s budget received a fair amount of brickbats, as travellers we are hopeful of seeing the promises being fulfilled. (ALSO READ 25 things railway minister Suresh Prabhu promised today) However, we were most excited by these 10 announcements that are making us look forward to travelling by Indian Railways.

1. Northeast India will be more accessible than ever before.

In what was music to our ears, Prabhu promised better connectivity to India’s much-neglected northeast Indian states. We cannot get enough of the eight states that have so much to offer but receive so few tourists. Airline tickets to these states are prohibitively priced so train connectivity comes as welcome change.

2. We can finally take our parents on that long overdue pilgrimage.

Prabhu has promised better passenger amenities and beautification of railway stations at pilgrim centers such as Ajmer, Amritsar, Dwarka, Haridwar, Tirupati and Varanasi among others. This means you don’t have to keep fretting about finding a loo or potable water for your mum and dad the next time you take them on a pilgrimage.

3. Trains and railway stations will be cleaner

Besides adding the number of toilets in 475 railway stations around India, the Railway Minister also announced construction of 17,000 bio toilets. There will also be more dustbins in railway coaches so you will have fewer excuses to litter the trains and railway stations. You can also avail of clean my coach services through SMS. The railways also plans on becoming more disabled friendly with more toilets being planned for the differently-abled passengers.

4. Wi-Fi connectivity… what else can we ask for?!

You do remember the time when we couldn’t stop gushing about the free Wi-Fi services at Mumbai Central station! The program will now, officially, be extended to more stations with 100 railway stations across the country being connected with the service.

5. Booking on IRCTC will hopefully be a breeze soon.

IRCTC, the ticket booking website that is the bane of every train travellers existence just got a shot in the arm. The e-ticketing system will now be able to process 7200 tickets in a single minute as against its current capacity of 2,000 tickets. The e-ticketing system’s capacity will now be able to handle 1.2 lakh concurrent users as against its current capacity of 40,000. So no more cursing IRCTC… we hope!