Rajasthan Festival 2018: Date, Venue and Events of The Cultural Extravaganza

Rajasthan Festival 2018 is just round the corner. Here are all the deets including date, time, venue and events lined up. 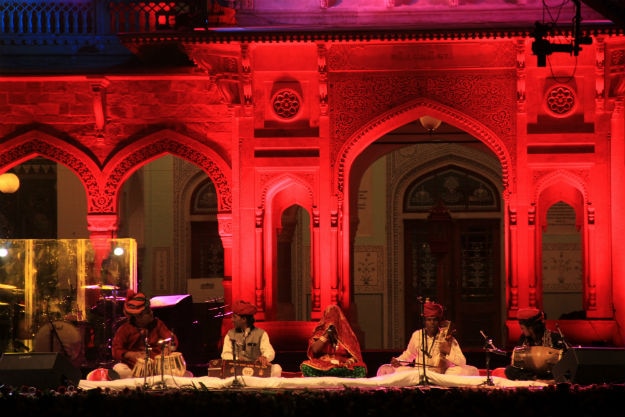 Rajasthan Festival is organised annually by Department of Tourism, Government of Rajasthan. This year the main festival will be organized from March 28 -30 in Jaipur. The three-day event will witness a variety of rich cultural events to celebrate the historical establishment of the majestic state of Rajasthan. Also Read - Rajasthan: Section 144 Imposed in Jaipur; Night Curfew in 8 Districts, No Mask Fine Hiked

The opening ceremony of the event will take place on March 28 with the traditional lighting of the Rajasthan Day Torch with traditional Nagaras and Police Tattoo Show at the JDA Polo Ground at 5.30 pm. On the same day, the International Festival of Short Films on Culture & Tourism will also be inaugurated at Indralok Auditorium near Narayan Singh Circle at 10 am by cine actress Madhu and Manisha Koirala.Also, at Janpath there will be a display of divisional tableaux with folk artists representing the region from 5  9 pm on March 28. ALSO SEE How to Reach Tanot Mata Temple near India-Pakistan Border in Rajasthan Also Read - Here Are 5 Budget-Friendly Indian Cities To Host Your Dreamy Wedding

On March 29, the Jaipurites will witness a cycle marathon organized by the Sports Department from Albert hall to Jawahar Circle at 6.30 am onwards. On the same day the Army band will also showcase thier symphony band, trick riding skills, special operations by the special forces, display of tornadoes and motivational songs by the NCC cadets. Renowned Indian singing trio of Shankar, Ehasan and Loy will perform at the mega-concert at Albert Hall from 7 pm onwards.

On all the days there will be traditional and cultural performances that will include bhajans, aarti, qawwalis and gurbani at different temples, dargahas and gurudwaras in the city. The events is being organized in association with the Sanskrit Academy and Temple Trust.

A Children Film Festival is also being organised in the centrally located multiplex,Inox Crystal Palm, from 29th  30th March from 9 am to 5 pm in which the movies Bhago Bhut, Choo Lenge Aakash, Gili Gili Atta and Kala Parvat will be played on 29th March and Neel Parvat Ke Par, Pinti Ka Saban, Surbhi and Karamati Kot will be played on 30th. The entry for children is free at the multiplex. 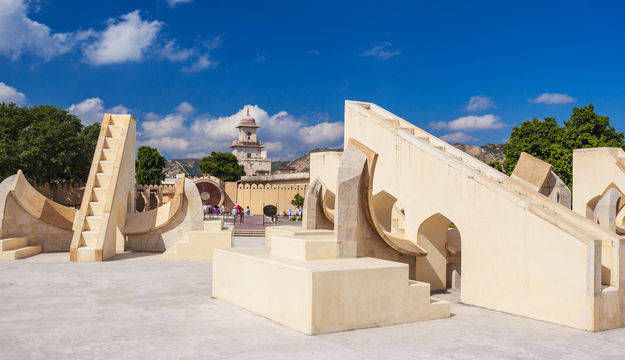 On March 30, the grand closing ceremony will witness celebrations that will seamlessly interweave modern technology with mesmerizing performances, to pay tribute to the glorious past of Rajasthan that laid a strong foundation for the present to succeed. This will be showcased through an immersive theatrical performance along with state-of-the-art projection mapping show on the striking façade of the Vidhan Sabha from 6.30 pm and on an exquisite Jantar Mantar inspired stage design. On the same day at 11 am the International Festival of Short Films on Culture & Tourism will also conclude and winners in various categories will be honored.

As the pre-festival celebrations many engaging activities are lined up. At Masala Chowk on March 24 Swarag Band and Rubru Band will be performing at 7 pm and at the same time famous Sarod player Tejendra Mazumdar will perform at central park in the series Music In the Park. On March 25 Sajdaconcert has been organized at MasalalChowk at 7 pm and Kathak Performance by Jaipur Khatak Kendra and Ashim Bandhu& group, Kolkata will be at Central Park.

On March 26 PadamVibushanPanditBirjuMaharaj and RoshanDate & Group from Pune will perform at Masala Chowk. Also on March 27 Rajasthan Day Marathon will be organized at all divisional Head-Quarters of the State by the Sports Department of Rajasthan as prelude to the main Rajasthan Festival.