Rajasthan International Folk Festival 2017: Things to See and Do at Jodhpur RIFF

The Rajasthan International Folk Festival, simply called the Jodhpur RIFF, is one of the biggest music festivals in India, let alone Rajasthan. Here's what you can catch in the festival taking place from October 5 to 9. 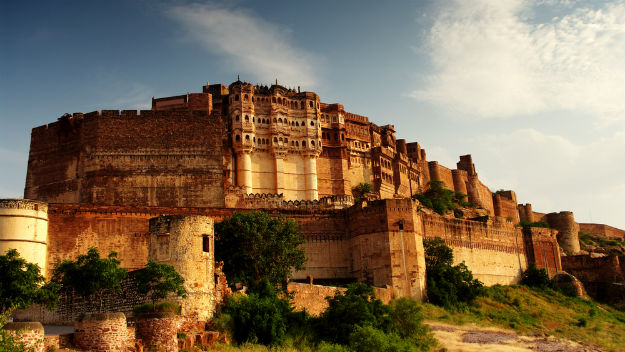 Every year, the 500-year-old Mehrangarh Fort in Jodhpur hosts a massive music festival to celebrate the musical heritage of Rajasthan and to celebrate the spirit of music in general. This year is extra special for the Rajasthan International Folk Festival (RIFF) because it is the tenth edition, and the scale has been bumped up accordingly. The Jodhpur RIFF is already on, running from October 5 to 9, 2017. For these four nights, the ancient fort will witness some of the best live music performances in the year. ALSO READ: Jodhpur forts and monuments that represent its historical legacy Also Read - RBSE 10th, 12th Exam 2020: Rajasthan CM Gehlot Issues Directions For Holding Board Exams | Dates Yet to be Announced

Around 350 artistes are in attendance for the 10th RIFF, from Sufi and Indian classical singers to Qawwali, rock and pop groups. There are also a myriad of Rajasthani folk singers and dancers, with performances taking place from the early morning hours and continuing to midnight. Maharaja Gaj Singh II of Marwar, who heads the royal family that once ruled the region, said that the heart of the festival remains Rajasthan’s folk musicians, who will benefit by collaborating with other music makers from around the world. Also Read - Thrashing of Dalits: Rahul Calls it ‘Horrific,’ Rajasthan Govt Says ‘Nobody Will be Spared’

The big collaboration this year will be with the Spree Festival of Scotland, the result of the UK-India Year of Culture-2017 mission. The fruits of this collaboration will play out today, with an hour of music at the Jodhpur RIFF. Composer and instrumentalist Ross Ainslie will work with composer and fiddle player Angus Lyon and an ensemble of musicians, along with Sindhi sarangi maestro Asin Khan Langa and vocalist Smita Bellur. Songwriter Blue Rose Code will also be part of this performance, which will be performed at the Sree music festival on October 13. CHECK OUT: Historic places known for great teachings in religion, spirituality, art and music Also Read - Law Minister Ravi Shankar Prasad Urges CJI & Other Judges to Ensure Quick Disposal of Rape Cases 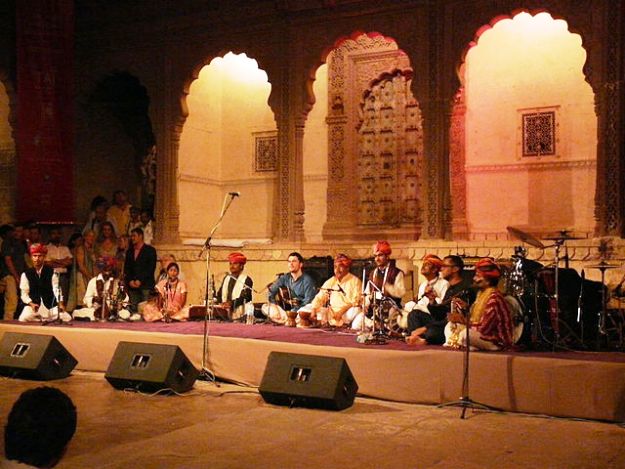 The Gaelic band Shooglenifty will also work with Marwari group Dhun Dhora to perform at the event, recording their music for a 2018 album. The two bands have been working together for four years to fuse their vastly different musical genres into one. This one will be an interesting performance to watch and listen at the Jodhpur RIFF.

Apart from the big performances, the RIFF is also running daily programs of music under the moonlit skies. The Jaswant Thad will host dawn concerts, while the Rao Jodha Park’s Desert Lounge will host moonlit concerts that will play music until dawn. There will also be music-based films played, interactive sessions with performers and the RIFF Rustle gala, led this year by music composer Ram Sampath. NOW READ: Everything you need to know about the Ziro Festival of Music

The Jodhpur RIFF, of course, attracts many of India’s most talented music bands and musicians. This year’s show features Northeastern sensations Rewben Mashangwa and Sila Mangka, along with Rajasthani folk music artistes like Banunath Jogi and Nihal Khan. Kamachya performers Feroz Khan, Ghewar, Darra, along with folk music masters Multan Khan and Bikha Khan, are also in attendance. And for Qawwali fans, the festival has Ladu Ram Nayak, Shaukat Andaz Qawwal and other performers on its list.