Ram Navami celebration in Delhi: How the capital celebrates the birth of Lord Rama

Here's how the festival of Lord Rama is celebrated in Delhi with great enthusiasm. 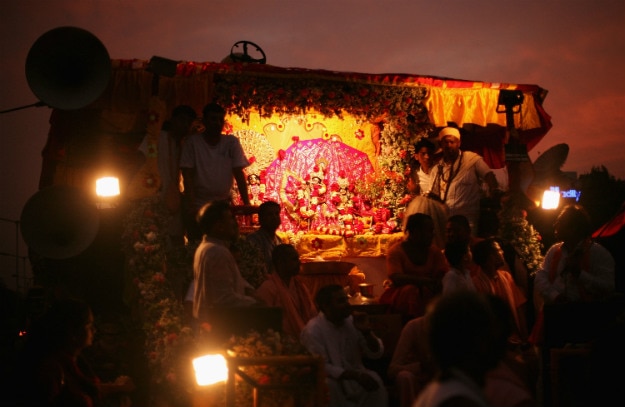 Ram Navami marks the birth of Lord Rama who is also the seventh incarnation of Lord Vishnu. The festival is celebrated in many parts of India with great zest and people also break their nine-day fast on the occasion of Ram Navami. This year the festival falls on April 15. In Delhi, Ram Navami is celebrated in most households. The fasting begins on the first day of the Hindu month of Chaitra and the celebrations take place on the ninth day which is Ram Navami. People celebrate the nine-day Chaitra Navratri by inviting 9 girls at home for lunch who are treated like goddesses by washing their feet with water, feeding them prasad and giving them a small token of gift or money as offering. Women also seek their blessing by touching their feet. Also Read - 'Public-Private Sectors Must Come Together to Combat Coronavirus,' Says Health Minister Harsh Vardhan

The food prepared on Ram Navami is made without onion and garlic and is mostly puris, chana and halwa. On the day of Ram Navami, people bathe the idol of Lord Rama, dress it up in new clothes and offer flowers after prayers. People also wear new clothes as this day and go to the temple to seek the lord’s blessings. Also Read - Uttar Pradesh: 6 Killed as Car Drifts Off Road, Falls Into Canal Due to Fog in Greater Noida

Ram Navami is also considered one of the most auspicious days of the year and many people buy new things on this day. The festivities start in the morning and end by evening. Rath Yatra with Rama and Sita idols are also part of the celebrations and take place in many parts. Some temples have special festivities planned in praise of lord Rama on this day.