Maharashtra's biggest pilgrim center celebrates Ram's birthday with great fervor. Here is why and how Shirdi will celebrate Ram Navami on April 15! 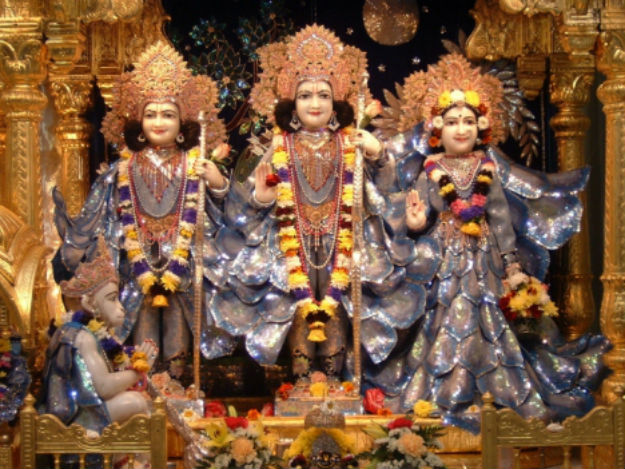 Shirdi is one of the most popular pilgrim centers in India. It is known for its association with the great saint Sai Baba and is visited by devotees all year round. Shirdi celebrates three festivals with a lot of excitement and Ram Navami is one of them (the other two being Vijaydashami in September and Gurupornima in July). Also Read - Domestic Flights Unlock 1: No Restrictions on Airlines Regarding Number of Flights From June 1, Claims Report

There is an interesting story behind Ram Navami celebrations in Shirdi. In the year 1897, Gopalrao Gund who had been childless for many years was finally blessed with a child after several prayers. An ardent devotee of Baba, Gopalrao wished to thank him and get his blessings for the newborn. He took Baba’s permission to hold a thanksgiving festival in the form of a fair. Baba granted him permission but chose the day that coincided with Urus, a Muslim festival to honor a saint (usually one who had passed away). This was very smart on Baba’s part as it was his strategy to get the two communities together on one day. The two communities carried on the fair and celebrations on the same day for several years. Later, around the year 1912, it was pointed out that it is also the day of Rama’s birth and means a big deal to Hindus. And thus, Baba’s fair coincided with Ram Navami celebrations and has continued since then in Shirdi. It is amazing how for so many years, the Hindus and Mohammedans have celebrated together on this day without any quarrels setting a great example for everyone to follow. Also Read - Virat Kohli Recalls How He Earned MS Dhoni's Trust For India Captaincy, Says Becoming Skipper Not Even in my Wildest Dreams

CHECK OUT Ram Navami celebration in Delhi: How the capital celebrates the birth of Lord Rama

As part of a historic annual ritual, the flags placed at Dwarkamai are changed on the day of Ram Navmi. Also, the sack of wheat placed here is replaced with a new one and the old one is used at the prasadalaya. Prayers are offered and some religious activities are organized. The whole affair goes on for three days. The highlight remains the palki procession that goes around the village on the first day. A procession with Baba’s picture and his biography Sai Satcharitra is also carried out. On the second day, which is the day of Lord Rama’s birth, water from the Godavari river is fetched for Baba’s holy bath which is followed by a chariot procession around the village. Devotional programmes are held for the entire night which continue till the final day when the celebrations end with prayers.