Ram Navami celebrations at ISKCON in Juhu: How Ram Navami is celebrated in Mumbai 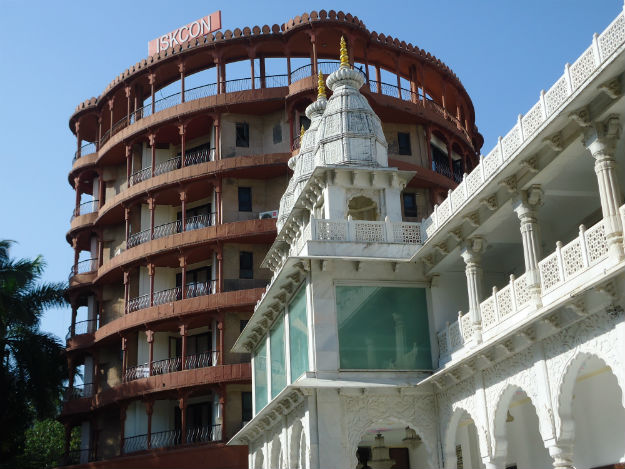 Among the several legends associated with the birth of Rama is one involving Bhudevi, goddess of earth who prayed to Brahma to rid her of Ravana. Brahma in turn approached Vishnu who incarnated himself as Rama to end Ravanas atrocities. The other legend associated with the birth of Rama is one involving Dashratha, the king of Ayodhya who had no sons. After praying to the gods, Dashratha was blessed with four sons, the eldest being Rama. Both the legends point to Rama being the incarnation of Vishnu. It is also believed that Rama married Sita, who is believed to be the incarnation of Laxmi, Vishnus consort, on the same day as Ram Navami. Also Read - 'Touching Gesture'! Narayana Murthy Touches The Feet of Ratan Tata And Twitter Can't Stop Hailing The 'Historic Moment'

Ram Navami falls on the ninth day of the waxing fortnight of Chaitra, the first month of the Hindu calendar. Since Krishna and Rama are both believed to be incarnations of Vishnu, Ram Navmi is celebrated at ISKCON temples around the world. The ISKCON temple in Juhu, Mumbai has beautiful idols of Rama, Sita, Laxman and Hanuman which are worshiped every day. While the Gokulashtami festival is clearly the biggest festival of the temple — Krishna being the presiding deity — the Ram Navami festivities are also quite popular.

The Ram Navmi festivities in ISKCON Juhu begin as early as 4.30 am with an aarti. This is followed by a ritual where the idols are decorated with new outfits; this is called the Sringar darshan. An Abhishek is followed by an elaborate aarti in the noon. The highlight of the festivities is the prasad or the bhog, which involves delicious sweetmeats made out of pure ghee. In the evening, the idols of Rama, Sita, Laxman and Hanuman are taken on a boat ride within the temple courtyard. The courtyard is filled with colored water and flowers. The festivities continue with thousands of devotees lining up to catch a glimpse of the deities.

Ram Navami is celebrated across India with much pomp. Heres how Ram Navmi is celebrated in Karnataka and here are five famous Rama temples around the country that you must visit.