Rama temples in Tamil Nadu worth visiting this Ram Navami

This Ram Navami, pay a visit to these historical Rama temples in Tamil Nadu dedicated to the god. India is getting ready to celebrate Ram Navami on 5 April 2017, and the best way to do that is to pay a visit to the nearest Ram temple. The country has a lot of temples that worship Lord Ram, seventh avatar of the Hindu god Vishnu, paragon of virtue and Dharma and hero of the epic Ramayana. And Tamil Nadu, the land of temples, has several of them dedicated to Ram. The state is filled with temples built over the centuries worshiping gods across the Hindu pantheon. It is also a place closely tied to the Ramayana; Lord Ram is said to have raised his army here to fight Ravana and rescue Sita, so it is natural to find so many temples in Tamil Nadu that venerate the god. Here is a look at some of the more famous Ram temples in Tamil Nadu. Also Read - Do You Have Celiac Disease? You May Die Prematurely

The Kodandapani Ramar temple, or Sri Rama temple in Salem, Tamil Nadu is an ancient temple, with many saying that it dates back to the time of the Ramayana itself. Located in a town called Ayodhyapattina, named after Ram’s kingdom and birthplace of Ayodhya, the temple celebrates Ram Navami in the grandest fashion, naturally. As such, this would be the best time to visit the temple, which has a gopuram (the large tower you see at the entrance of most temples in Tamil Nadu and other south Indian states) made of a single stone. The stone is ornately carved with images of the presiding deities and other figures from the Ramayana, with a lion at the top and elephant at the bottom. Interestingly, the temple is said to have pillars that produce melodies when you tap them. ALSO READ: Oldest temples in south India that you must visit
Also Read - Entertainment News Today April 9, 2020: Zoa Morani Feels Much Better Says She is Responding Well to The Treatment 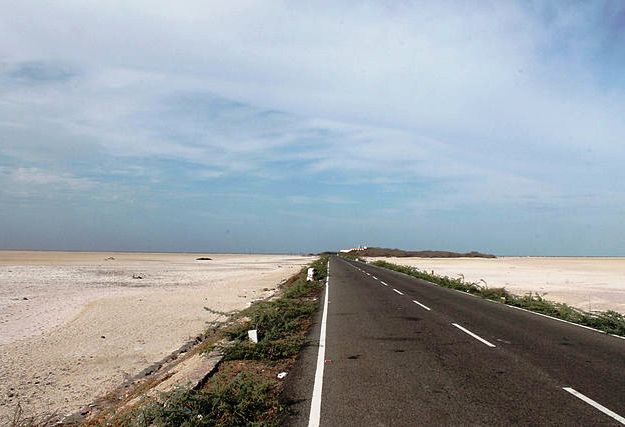 The road leading to Kothandaramar Temple

Located in the legendary island of Rameshwaram, Kothandaramar Temple is just around 13 km away from the main town of the same name, and is located at the southern tip of the island. The historic Rameshwaram is said to have been the place where Ram built his bridge to Lanka. It is also the home of the Ramanathaswamy temple, one of the Char Dham pilgrimage sites in Hinduism and the place where Ram prayed to absolve himself of the sins committed during his war with Ravana. Surrounded by the sea, the Kothandaramar Temple worships the Hindu god, along with his consort Sita as well as Lakshman, Hanuman and Vibhishana. It was notably the only historical building that survived the cyclone in 1964 that consumed Dhanushkodi. The temple has some incredible paintings depicting scenes from the Ramayana, as well as an idol of Ram with his bow. Also Read - Shocking! Government Helpline Receives 92,000 Calls on Domestic Abuse, Violence Amid Lockdown

The Thiruvarur district of Tamil Nadu has its own Ram temple, said to have been built more than 2,000 years ago. The Mudikondan Kothandaramar Temple lies in the namesake town of Mudikondan, around 15 km away from the main city of Thiruvarur and 20 km from the historically rich city of Mayiladuthurai. It is said to have been built to appease the sage Bharadwaja, one of the seven great Sapta??i sages and an author of the Rigveda. The temple is considered to be one of the rare ones in India that show Ram as a king, with a crown on his head to depict his kingship. Local folklore suggests that the temple depicted Ram as a king before his eventual coronation and reign over Ayodhya began. ALSO READ: 5 famous Rama temples in India every devotee must visit

Another temple said to date back to an era when the gods ruled over mankind, the Kolavilli Raman Temple in Thiruvelliangudi is among the 108 temples worshiping Vishnu or his forms that are mentioned by the Alvar poet-saints of South India. As such, it is a religiously significant site and s around 17 km away from the city of Kumbakonam. Mythology aside, this is still a very ancient temple, said to have been built by the Pallava dynasty around 1,400 years ago. It was further developed by the Chola, Vijayanagar and Maratha empires. The temple is unique for its four-handed idol of Garuda, the mount of Vishnu, a rare sight in most of India’s temples.

The Sri Yoga Ramar Temple of Nedungunam is located around 55 km away from the city of Tiruvannamalai, with its entrance just off the main road. It is the only temple in India to show Ram in a sitting posture, without his bow or weapons and in a calm state. Sita, meanwhile, is shown with a lotus, gesturing towards the feet of Ram. Lakshmana stands dutifully behind Ram with his weapons, while Hanuman is shown chanting before Ram. Hanuman’s posture here is also a rarity, with a manuscript in his hand. Built by the Vijayanagara emperor Krishnadevaraya, the temple depicts Ram at his most peaceful state, with his right hand to his chest and his eyes closed. The temple itself is a beautiful sight, with a brightly painted Gopuram and intricate stone carvings. ALSO READ: Top 5 temples of Tamil Nadu you simply cannot afford to miss